7 Questions With… I Am The Night’s Chris Pine: 'I loved the idea of doing a crime drama noir shot in Los Angeles. It's kind of a dream come true for me'

Star Trek and Wonder Woman actor Chris Pine answers seven burning questions about I Am The Night, the new TV show he stars in and executive produces - airing on Alibi in the UK.

Chris Pine may be well known from roles in major blockbuster movie franchises like Star Trek and Wonder Woman, but for him, his role in I Am The Night is more of a passion project than another job.

He’s been largely loyal to the film business for the past 15 or so years, but his TV series debut in in Patty Jenkins’ new crime noir miniseries sees him play a washed-up journalist seeking redemption.

I Am The Night - premiering exclusively on Alibi in the UK - chronicles the true story of Fauna Hodel and her unexpected connection to the shocking Black Dahlia murder case.

Pine’s journalist character is purely fictional - a role created in the narrative to assist Fauna (India Eisley, below) in finding out the truth - but the story is otherwise real, and the Black Dahlia case still hasn’t been solved to this day.

Here, the actor answers seven burning questions about the six-part mystery thriller - from what attracted him to the role of Jay Singletary, to how it felt having a seat at the producer’s table for the very first time. 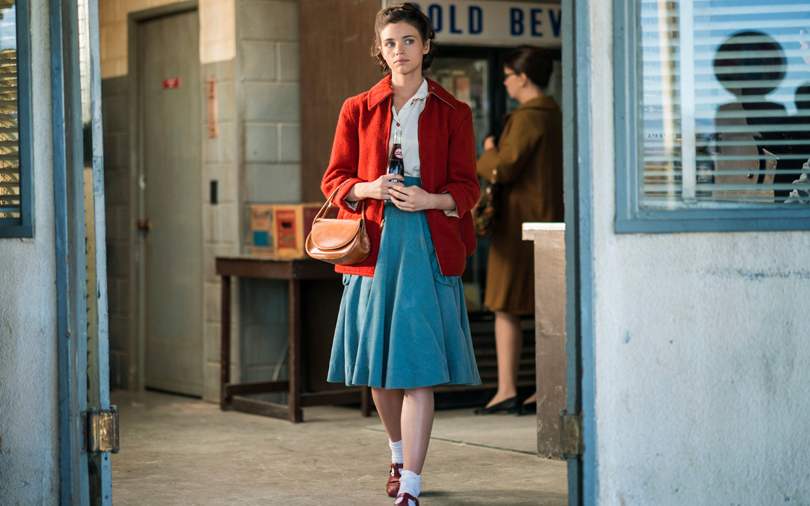 1. What attracted you to I Am The Night?

Many things. I was excited to work with (director) Patty Jenkins again and I’d struck up a relationship with (writer) Sam Sheridan while shooting the first Wonder Woman.

Matt Jenson was back to handle the reigns of the camera and Aline (Bonetto) was back doing production design so it felt like a theatrical touring rep company. It’s always nice to bring relationships you’ve forged on other projects in to something new; it makes the communication a lot easier.

I also loved the idea of doing a crime drama noir shot in Los Angeles on beautiful Kodak film. It’s kind of a dream come true, and it really appealed to my love of all things early Hollywood and Los Angeles. 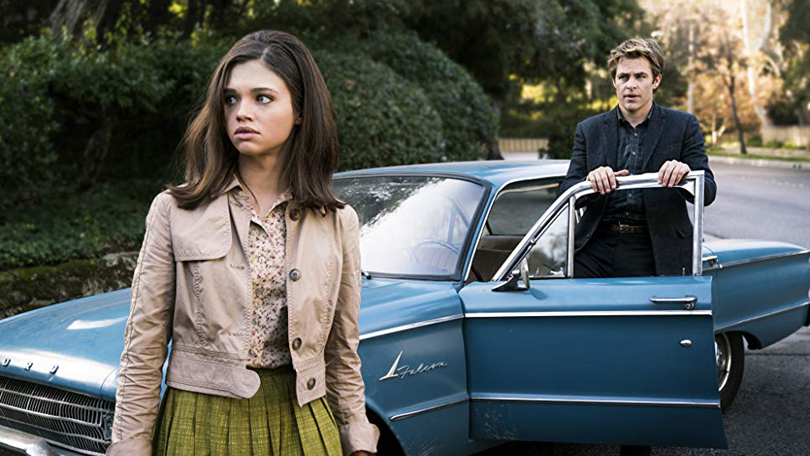 And it’s a fascinating story about identity; about the battle between nature and nurture and who you are. Are you defined by where you come from and the people from whom you get your genetics, or can you define yourself?

The will to survive is written all over this piece. I loved that my character Jay had such a dark humour in the face of adversity, it really made me laugh.

2. Did you know about George Hodel and the Black Dahlia murder before this?

I certainly knew about the Black Dahlia murder, but I didn’t know much about George Hodel. I knew his house; it’s right down the street from where I live.

My parents are long time Angelenos and actors themselves so my mom, being a history buff, would always point out the different homes and landmarks and such, so I knew about it.

3. How would you describe your character Jay Singletary? He doesn’t seem in a good way…

No. Jay is a Korean War veteran who began his adult life wanting to be a muck-raking investigative journalist only to find his career thrown in the toilet because he pursued this criminal case intently against George Hodel.

Jay’s career is destroyed because he went after the wrong powerful people in the city, so his dreams are dashed. Not only is he traumatised from seeing the violence and chaos of war, he’s also traumatised by his failure and that’s how we meet him in the beginning. 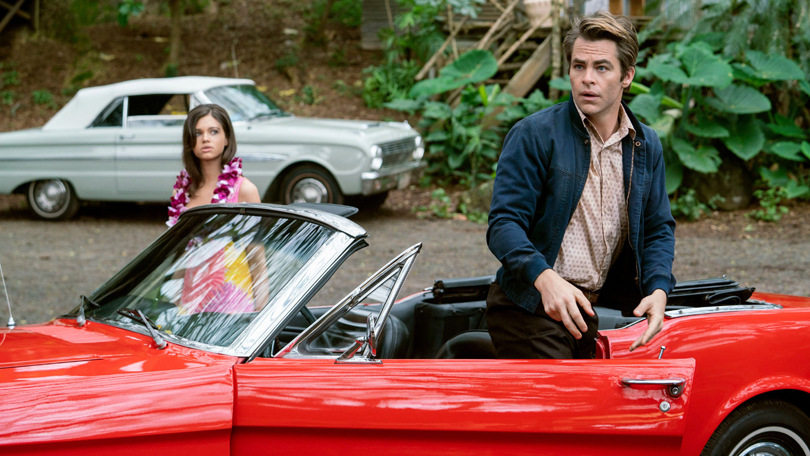 Then you see he gets a glimmer of hope and potential redemption and revenge at the end of the first episode and he tries to scrape his way back to success.

Jay’s driven by pretty primal qualities; revenge, shame, drive, ambition, violence, terror, addiction - all of these things people deal with no matter where you are, who you are, how rich or poor you are, what colour skin you have.

I just had to let him run riot because he’s like a bull in a china shop.

4.  You were also an executive producer alongside director Patty Jenkins and Sam Sheridan - how did you find that experience?

I enjoyed it very much. I loved having a seat at the table to help create the story and character arcs, and I enjoyed the collaborative process on a more intellectual level than you often get to do as an actor. I enjoyed working with TNT [the US channel the show premiered on] very much as they gave us a lot of artistic licence and freedom to do what we wanted.

5.  You worked with Patty on Wonder Woman; it must have been quite a different experience working on this?

Not really - it’s just a different story. Patty is Patty and a force of nature. She brings intelligence, insight and passion. You want your director to be the general extraordinaire who gets the troops moving and is passionate about their objective, and she has that in spades.

So no matter what you’re working on whether it’s television or film, the difference really is nothing other than budget size. 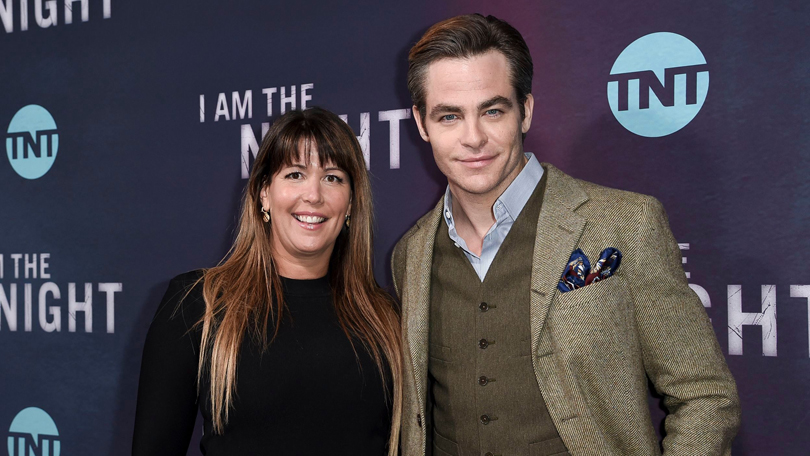 Her strength lies in handling both the macro of the story and character arcs on its largest aspects but also paying attention to the minute details and nuances of interactions in scenes, as well as beats and moments and all that kind of stuff that actors like to talk about.

6.  You’ve made big blockbusters like Star Trek and Wonder Woman, comedies like Horrible Bosses 2 and Wet Hot American Summer and dramas like Hell or High Water. What sort of genre do you prefer and why?

I don’t really prefer any. I like to dine at the buffet and do an assortment of things and when I get bored of one thing and feel like I’m sated by it, it’s time to jump on to something else. One of the first plays I did I think I played 20 roles so the more disparate opportunities I have, the happier I am.

7.  Are there any British actors in particular you’d like to work with?

Yes of course. I‘ve been really blessed; I worked with Florence Pugh on Outlaw King, below, and I think she’s incredible.

Just a boss looking royal couple dressed to impress holding hands. #gogetemhubby Outlaw King is on Netflix TOMORROW. However, it is screening in select theatres and so if you can (or care) deffo go watch those huge and breathtaking battle scenes on a big screen. The boys were in mud and frost for months and I’m sure you could even see them crying from frostbite if you went to the big screen. Either way thank you so much for watching our mental medieval film. #outlawking

Jude Law has had a really interesting career and made some really great choices. Richard Madden, I ran into the other day; I met him years ago and thought he was great in Bodyguard. I’ve worked with Benedict Cumberbatch and Idris Elba and I love them both.

The Brits are obviously super talented, so I’d love to work with any one of them. Every time I go to London or I’m living there for work I always try to see some theatre and I’d love to be on the stage there.