7 Questions with… Andy Murray: ‘It's difficult to watch yourself being vulnerable and open - but it makes for a more interesting film’

Ahead of the release of his new documentary film Andy Murray: Resurfacing on Prime Video, the two-time Wimbledon champion reveals why he let the cameras film every element of his life - from the operating theatre to the intimate corners of his home.

He’s considered on of Britain’s greatest ever sportsmen, with his triumph at the 2019 European Open labelled a “fairytale comeback” following hip surgery.

And in a brand new documentary film, Andy Murray: Resurfacing on Amazon Prime Video, we see how the two-time Wimbledon champion put himself through the unimaginable to get back to competing at the higgest level at the sport he loves.

Tracking the 32-year-old tennis star’s devastating injury journey between 2017 and 2019, we follow Andy at his most vulnerable - from the front lines of operating theatres to the intimate confines of his home.

Speaking to BT TV and other journalists at the film’s launch, Murray - who’s returning to competitive action at the ATP Cup in Australia in the New Year - reveals why he let the cameras into every element of his life, how he hopes people will respond to the film, and his thoughts on another Wimbledon victory...

1. The documentary is very raw and honest, and you’re very exposed being filmed in the theatre when you’re having the hip operation. Did you ever think about not letting the cameras in at those points?

The movie changed from what I was expecting in the beginning. I didn’t expect it to turn out how it did, I thought that I was going to have the first operation, and that I would rehab for a few months and then I’d be back competing again. I was thinking it would be just interesting to film an athlete rehabbing an injury that had been causing them an issue for a while, and seeing them return to play, which would be interesting for people who were involved in sport, or sports fans. Then it just turned into something completely different. 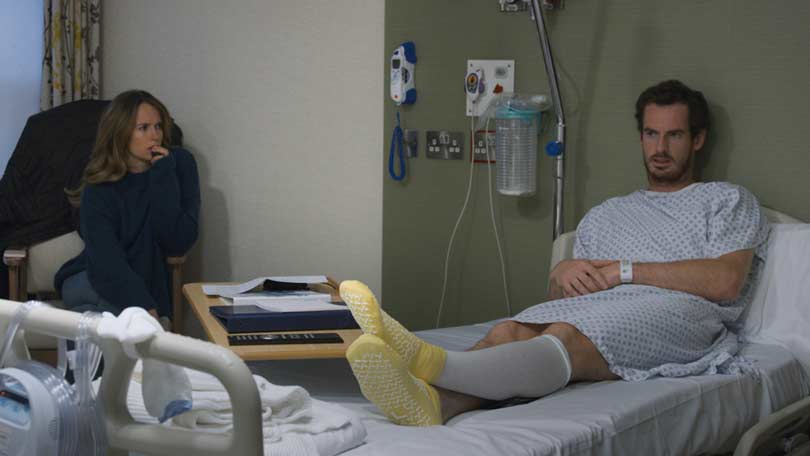 I haven’t watched that scene [in theatre]. I watched a video of the operation being done on someone else before I had it done myself, and that was really important for me to do that, because when I watched that I thought "this might not go well, I might not get back to playing" and I needed to be in that headspace before I went ahead and had the operation, so that was really important.

But in terms of letting people see that [operation], I hope it made for a more interesting film for people. That’s why it was also more difficult for me to watch [the documentary], because I think I was pretty open it. I was at times in it pretty vulnerable as well, so it’s difficult to watch yourself like that.

I underwent a hip resurfacing surgery in London yesterday morning...feeling a bit battered and bruised just now but hopefully that will be the end of my hip pain 😀 I now have a metal hip as you can see in the 2nd photo 👉👉 and I look like I've got a bit of a gut in photo 1😂

2. We see your family in the documentary, which is something you’re very private about. Did you have any reservations about including your children and your wife Kim?

I guess it’s that thing again where if you’re comfortable with the person filming you or chatting to you, you can be a bit more open, and you know that nothing is going to be in there that compromises them or that you don’t necessarily want in there. I also didn’t want to watch it, and be like "Don’t put that in there, change this", because if I watched the whole thing, I’m sure that that's what I’d do, because I know it was over a difficult period.

I guess that’s something  you have to weigh up when you’re doing something like that. I hope it makes for a more interesting watch for people, and I’m sure it will, because I know my wife’s a good person [who] presents herself well. It is also that when I’m going through this [rehab] process, I’m being selfish, but your family and your team who are part of it as well.  They’re suffering with you, but you don’t always realise that when you’re in it, because you thinking about your own problems.

When I’m walking and my hip’s killing me, or I’m sleeping and I’m getting woken up by it, you don’t appreciate how much of an effect it’s having on others as well.

Now that I’m through it, I can look back, and reflect on it. I’m aware now that it was obviously incredibly difficult for them, probably why it’s important that they were in it.

3. Having been through the filming process, do you think you’d ever do a documentary again?

I don’t think anything’s going to be more interesting than the last couple of years! The most important thing for me is that the lady who filmed it, Olivia [Cappuccini, Murray’s brother-in-law’s fiancée], I built up a really good relationship with her. I trusted her, and as she was filming, I became more and more open and honest with her.

At the beginning, when there’s cameras around and people you don’t know, you’re never going to completely open up, or I wouldn’t anyway. I’d be open around the people that were closest to me and be a bit more guarded with the people that I didn’t know.

As the film goes on, we’re obviously spending lots of time with each other, she’s seeing me in lots of difficult situations, having to make hard decisions, and we’re communicating and talking every single day, basically. That’s why she’s done a fantastic job because I’m able to talk to her like the camera’s not there, and you forget about it [the cameras] because you trust the person that’s there.

I think that that makes for more insight, it’s more interesting, and everyone feels like they’re able to be themselves, and it’s a bit better for everyone.

4. How do you think your fellow Tour players will respond to the documentary?

I don’t know, because I haven’t seen the whole thing. I hope people find it insightful and honest. I’m sure a lot of athletes will be able to relate to it: not just athletes, but anyone who’s gone through difficult times in their own lives. I’m sure there’s a lot of athletes out there who’ve had injuries, or problems that they’ve been going through for a while, and you sometimes think that you’re the only person who has issues when they’re going through it. You’re selfish…

Once I started talking and opening up about it, I’ve had so many people reaching out to me, people who have had this hip resurfacing. I don’t want anyone else to have had the operation, but it does help talking to people.

5. How do you mentally prepare yourself for the prospect of retirement?

In the last couple of years, I was really worried about having to stop - I’ve never done anything else but play tennis.

I think that sport generally does a terrible job of preparing athletes for their post-playing career. I would have been one of those athletes who was very concerned about not playing, and what my life would look like, but actually a few months after I’d had the operation, I realised I didn’t need tennis anymore. It’s great that I could still play, but I didn’t need it. 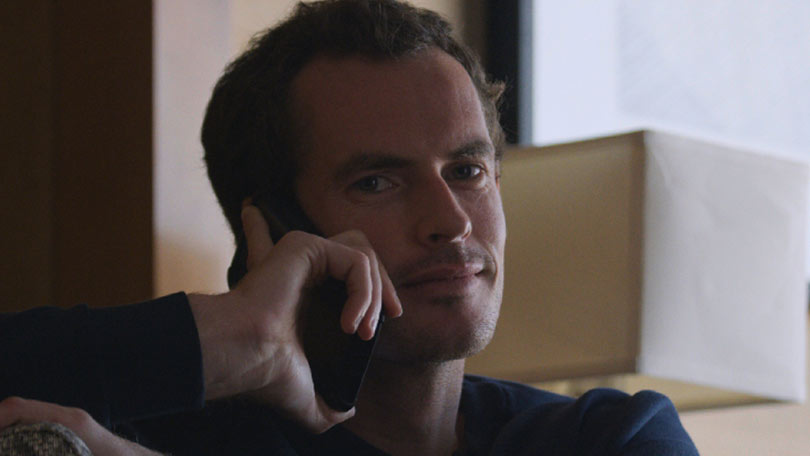 That was really important for me. It was about three months after I had the operation, I wasn't in pain anymore and I was pretty mobile, and was able to do normal things with my kids - play golf, walk the dogs, stuff like that, without any pain, and that was enough.

That was something that I realised in the last couple of years that I didn’t realise before, so now I’m not worried about it.

I wish that I was better prepared in the last couple of years because that would have made it a bit easier: that if I had to stop, everything would work out.

6. Now that you’ve done the initial rehab, how are you feeling? What are your ambitions?

The reason I played tennis in the beginning was because I really loved it and I really enjoyed it. As you start to play professionally, you can start to lose that thought, and it becomes like a job. I know I’m really lucky that I get to play tennis for a living, but you don’t always appreciate all the stuff that goes with it, and you forget why you got into it in the first place.

Now I know all that stuff, as long as I’m healthy and enjoying it, and I’m enjoying the process of preparing for events, and I’m pain-free, then I’ll keep playing because I love it, and I enjoy it. I’d love to win Wimbledon again, of course I would, I’m not suggesting I wouldn’t, but if I don’t, that’s also OK, provided I’m still enjoying the sport.

7. You’re very competitive. Do you think there will come a time when you have to try and win, and not just play because you enjoy it?

I’m already going through that process now, and it’s a difficult one because I’m always wanting to do better, and I’m probably way too hard on myself with how I’m playing. Winning in Antwerp [at the European Open in October 2019] was probably the hardest tournament I’ve ever had to win because of everything that went into that. It was really difficult to get back to that point again.

I like that about sport, but it is difficult to stay in that mindset. I think that once I completely forget about my hip and I realise that it’s functioning properly, then maybe I’ll change to "Let’s get back to competing and seeing what we can do". Right now I’m trying to have a slightly different mindset, but it’s hard.