Is there anything new to learn about the world’s best-known petrolhead? We find out.

As we await the return of The Grand Tour on Amazon Prime, take a closer look at its most controversial presenter, Jeremy Clarkson.

The motoring journalist presents the driving show alongside best mates James May and Richard Hammond, and together the trio are heading into the third season of their comeback project since leaving the BBC's Top Gear.

Find out more about Jeremy with these five fascinating facts.

He comes from a long line of entrepreneurs

Jeremy may have been on the receiving end of one of the most dramatic sackings in TV history after a fracas with a Top Gear producer, but he’s bounced back by creating new Amazon Prime show The Grand Tour.

His ability to come up with a new plan could be in his genes, as his family is full of people who managed to concoct business opportunities.

The star’s parents had signed their children up for private school without knowing how they would pay for it, but at the last minute hit upon the idea of producing Paddington Bear soft toys. Their products went down a storm and helped them pay for Jeremy's schooling. In fact, his first job was as a salesman, selling the toys.

When he took part in an episode of Who Do You Think You Are?, Jeremy also discovered that one of his ancestors was John Kilner who invented the Kilner storage jar. 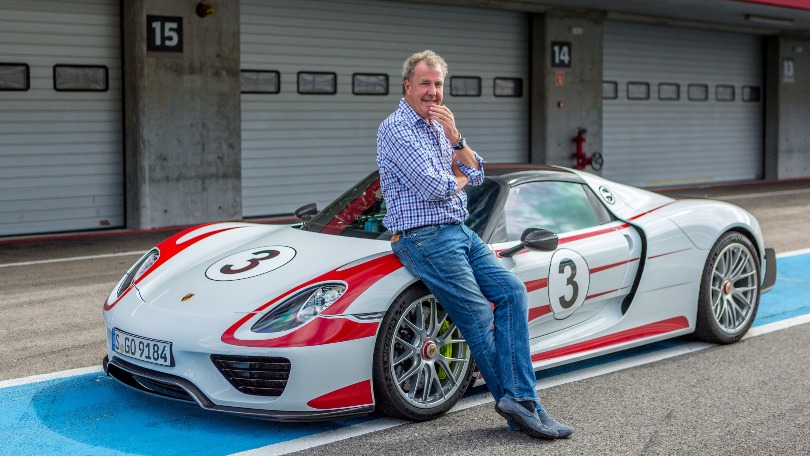 Travelling changed the course of his life

The Grand Tour sees Jeremy and co travel the world road testing motors, a continuation of their Top Gear days when they would visit far-flung corners of the globe for special episodes.

He told The Big Issue how an early experience had shaped his attitude to travel.

“The first time I ever trundled around the south of France then into Italy. As a 19-year-old kid from Doncaster working on the Rotherham Advertiser, you suddenly thought God al-bloody-mighty, the world’s amazing," he marvelled.

“It was so fascinating and fabulous. I’m not particularly interested in art or classical music but it’s amazing to go to places like Florence and be surrounded by it. You can’t help but be swept along. That definitely did make me a different person.”

His irreverent image stems from a tough time at school

Anyone who’s watched Jeremy on TV or read one of his columns knows that there isn’t much he is afraid to say, and he rarely worries about causing offence.

But what you might not know is that his persona developed after suffering some pretty serious bullying at boarding school.

He told GQ: “What I learnt at school is that if you didn't want to get thrown into the plunge pool every morning, which was the ritual if you were a bit of a t**t, then you had to behave badly. I was thrown in every morning and it got to the stage where I was getting out of bed every day and throwing myself in.

“But it quickly became apparent that if you smoked and drank and said things that annoyed the teachers, you stopped getting thrown in. I don't think I've ever been funny, but I've always been prepared to say what some people consider to be the ‘unsayable’.” 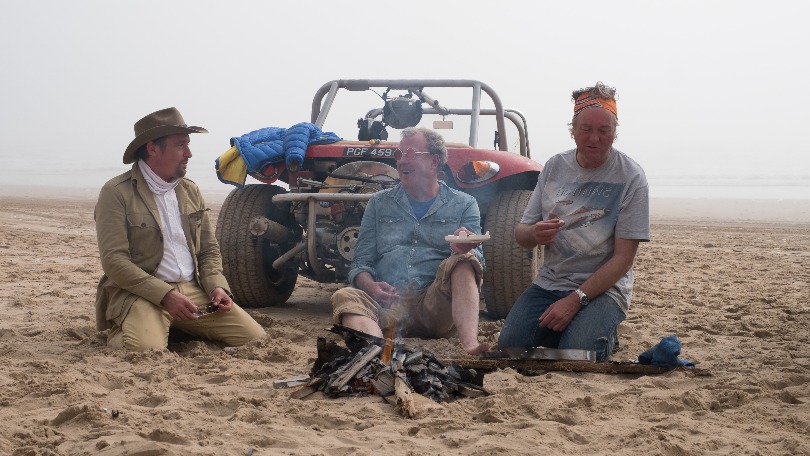 His engineering enthusiasm has earned him two honorary degrees

It’s not too surprising that a man as obsessed with cars as Jeremy has a passion for engineering.

He’s spoken enthusiastically about his interest in the Industrial Revolution, and was one of the passengers on the final Concorde flight in 2003, expressing his sadness at the planes being retired.

Jeremy’s keenness to recognise engineering feats has seen him offered two honorary degrees, from Oxford Brooks and Brunel universities – although he was hit by a custard pie at the Oxford ceremony for his controversial views on climate change.

[Read more: All you need to know about Billy Bob Thornton's Goliath]

Jeremy might appear to have skin thicker than a rhino’s, but watching the revamped version of Top Gear without him is too much to bear.

He told The Sun: “I haven’t watched Top Gear, no. It’s a bit like when somebody has to give up their baby for adoption, they don’t go round and peer through the windows of its new home to see how it’s getting on.

"You may want to involve yourself, but it’s better that you don’t, so I tune it out.”

Talking about moving on with The Grand Tour, he added: “I dreamt up Top Gear – invented the Stig and the Star in a Reasonably Priced Car – nurtured it. It sent me completely dotty and mad, and then it was taken away from me. I just thought: ‘Well, they’ve taken my baby away – I’ll just go and have another baby’, and here we are.”

The Grand Tour is expected to return to Amazon Prime for its third season later in 2018.