The Marvelous Mrs Maisel season 3: Everything we know about the return of the multi-award winning Amazon Prime Video period comedy-drama series

Rachel Brosnahan, Alex Borstein, Tony Shalhoub and Michael Zegen are all back for the third series, which is filming in New York and Miami - but what do we know about the series so far?

The Marvelous Mrs Maisel was renewed for season 3 in May 2018, and since then we’ve discovered more details about what we can expect to see in the new series.

The show, which premiered on Amazon Prime Video in 2017 and was the creative brainchild of Amy-Sherman Palladino (Gilmore Girls), centres around New Yorker and stand-up comedian Miriam ‘Midge’ Maisel.

But the finale episode of season 2 left a number of things hanging in the balance, including Midge’s relationships and career.

Here, we reveal everything we know about The Marvelous Mrs Maisel season 3 on Amazon so far - plus first look pictures from filming in New York, below, and Miami, USA.

The Marvelous Mrs Maisel season 3 is streaming on Prime Video now. BT TV customers can access the Prime Video app, allowing them to sign-up and watch thousands of TV episodes and movies. 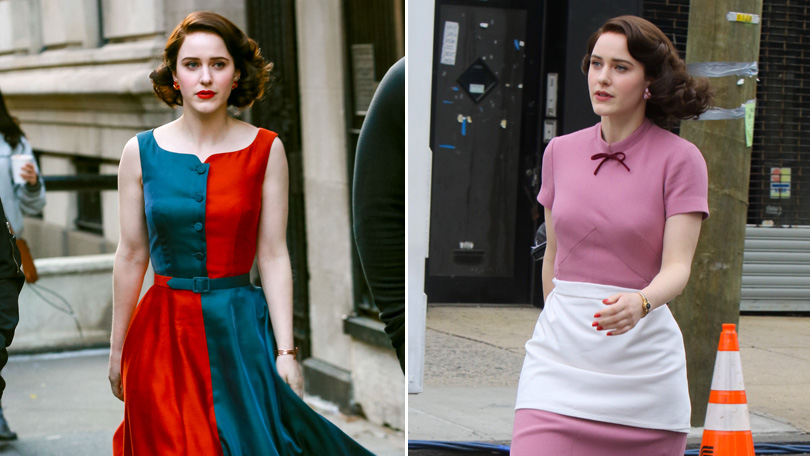 Amazon revealed the first full trailer for season 3 in October 2019, offering a sneak peek of what's in store for Midge this series:

Table reads for season 3 of Maisel started in March 2019, with Rachel Brosnahan (who plays comic Midge) sharing some behind-the-scenes photos from those sessions.

Filming started shortly after the table reads, with the official Maisel Instagram account sharing the first look photo from filming in New York - where the show is set - in March 2019.

Action! 🎬 Season 3 is officially in the works, folks. #MrsMaisel

A post shared by The Marvelous Mrs. Maisel (@maiseltv) on

This should give Amazon enough time to edit the programme ahead of an expected December 2019 release date; season 2 was also released around this time in 2018.

According to Glamour.com, the show’s producers are hoping to premiere in time for Hanukkah and Christmas (which overlap at the end of December this year), providing the ultimate holiday binge.

Season 3 will consist of eight episodes, around the one-hour mark (the same amount of episodes as season 1, but two less than season 2).

Maisel is set largely in New York, with filming for season 3 thought to continue throughout summer 2019 in the area.

Between April and May 2019, Rachel Brosnahan (Midge) was papped filming on location alongside her co-stars Michael Zegen (Joel), Alex Borstein (Susie), and Sterling K. Brown (an unnamed new character for season 3).

For the scenes, Brosnahan was wearing Midge’s signature, high-end wardrobe, consisting of waist-cinching dresses and oversized coats. At one point she shared an on-screen beer with her manager Susie, played by Borstein.

Some scenes for season 3 were also filmed at Republic Airport in East Farmingdale, New York.

Tony Shalhoub, who plays Midge’s father Abe Weissman, also revealed that the show is set to film in Miami this year - following the family’s trip to the Catskills, and Paris in Europe, in season 2.

"I think I’ve heard that we’re going to Miami in June. That’s all I know," Shalhoub told ET. "I don’t know what that [entails]. It’s about [Midge's] tour, but that’s all I got."

Shalhoub was indeed correct, and the first look picture from season 3 filming in Miami was released in August 2019:

As PEOPLE.com reports, Midge lounges poolside at the famed Fontainebleau hotel, pristinely coiffed as ever and wearing a hot pink, vintage-style swimsuit, sun hat and heels as she peruses the pages of Vogue.

What will happen in season 3?

UPDATE: The synopsis for season 3 is as follows...

"Midge and Susie discover that life on tour with Shy is glamorous but humbling, and they learn a lesson about show business they’ll never forget. Joel struggles to support Midge while pursuing his own dreams. Abe embraces a new mission and Rose learns she has talents of her own."

The storyline for season 3 has yet to be revealed, but we know some plot details from events at the end of season 2, plus titbits of information that cast and crew have revealed.

At the end of season 2, singing star Shy Baldwin asked Midge to open his six-month tour in the US and Europe, which she accepted.

So we know that some of season 3 will be set in Europe, with Midge as a working comic.

On this note, the show’s creator Amy Sherman-Palladino says that season 3 will broaden Midge’s horizon.

“That is going to bring its own story twist to it, we’re definitely going to some different places in season 3.”

Romantically, it’s not so clear cut what will happen in season 3. At the end of season 2, Midge ditched her new fiancé Benjamin (Zachary Levi) for a night of comfort with her ex-husband, Joel (Michael Zegen). 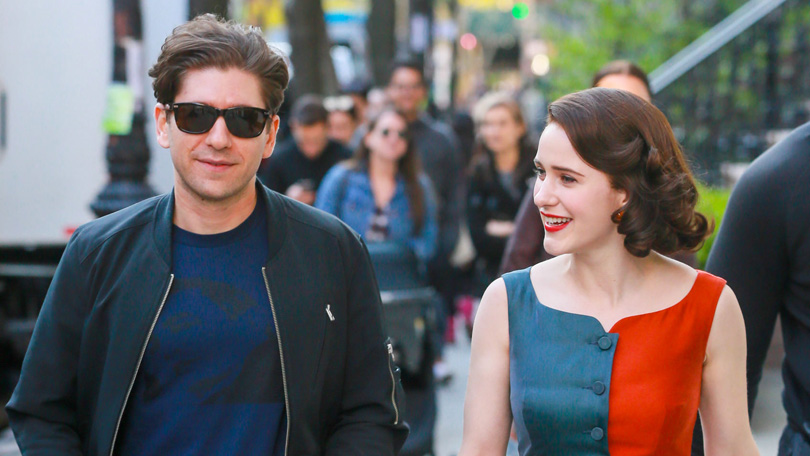 So are Midge and Joel getting back together? It seems unlikely. “I think that Midge does believe that [it’s a one-night thing],” Brosnahan told Variety of the former married couple’s surprise encounter.

Zegen, who plays Joel, agrees that the couple won’t get back together romantically, but that Joel will play a part in Midge’s life in season 3 as the primary caregiver while she’s touring the US and Europe.

He tells Town and Country Mag: “I assume now he’s going to be watching the kids while she’s off on tour. They’ll always be in each other’s lives because they have kids together, but I personally think he needs to get out of the way. It’s time to let her do her thing. She’s definitely more successful at it."

Of his own character’s professional life, Zegen hopes Joel continues to explore business ventures while his ex-wife forges her own career path in comedy.

“So in that respect I think this could be really good for him and something that he could really thrive in, because clearly the stage was not for him, but perhaps behind-the-scenes stuff will be.”

And Midge’s engagement to Benjamin? That, we know less about. It does depend on whether actor Zachary Levi returns to play the character, which isn’t confirmed yet (more on that below).

Who is returning to the cast?

We know that Maisel’s lead cast are all returning to season 3, with Deadline reporting that Brosnahan - who was relatively unknown before the firsr series - has “tripled” her salary in her contract for the upcoming series.

Alex Borstein (Midge’s manager Susie) has also been pictured filming season 3, while the show wouldn’t be the same without Midge’s ex-husband Joel (played by Michael Zegen), who’s also back in the fold. 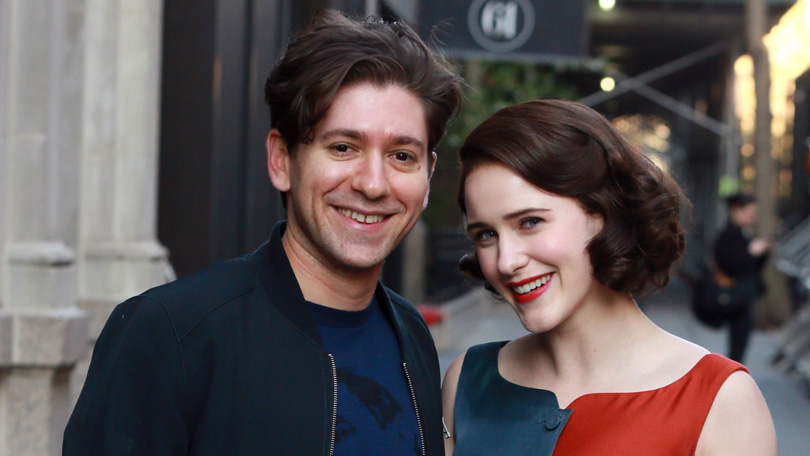 Midge’s parents Abe and Rose Weissman (played by Tony Shalhoub and Marin Hinkle) have also confirmed they’re back, while Brosnahan shared a picture of her on-screen son Ethan, who has grown up a lot in the last year.

In an interview on Extra, Jane Lynch (who plays comedian Sophie Lennon) confirmed that she's also coming back to work on The Marvelous Mrs Maisel season 3.

"I'm gonna do the whole season, I'm gonna have a bigger presence, which, I'm thrilled [about]! I love playing that part," she said.

The fate of some of the other supporting cast is not quite so concrete. With Midge touring in the US and Europe, and returning to Joel for that finale episode encounter, where does this leave Midge’s fiancé Benjamin (Zachary Levi)? "We love him desperately," Sherman-Palladino says of Levi, above filming scenes with Brosnahan for season 2, but "he's Shazam-ing it as of March", referring to Levi's DC superhero film in which he plays the title character.

However, Dan Palladino - the show’s writer and executive producer - was a bit more forthcoming, saying that Levi's return to Maisel is a definite "maybe."

So what does Levi himself have to say on the matter? Speaking to the New York Post, he says: "I had such a time working with that cast and crew. Amy [Sherman-Palladino] and Dan [Palladino] I got on very well with. If I can make it happen, for sure.”

More on that when we have it.

Who’s joining the cast for season 3?

In April 2019, This Is Us actor Sterling K. Brown confirmed he’ll be joining the Amazon show for season 3.

According to Deadline, a new role was created for him, which he’ll appear in for three episodes (below, filming the new series). 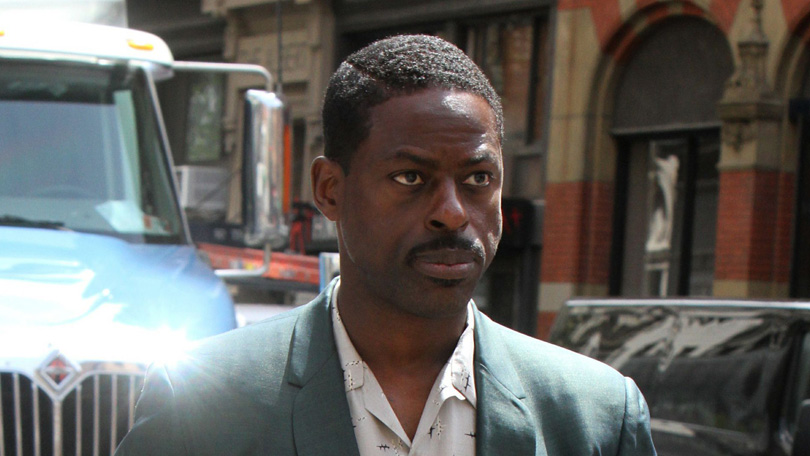 In addition, Grace Kelly's granddaughter, Jazmin Grace Grimaldi, has also been cast in the third season, according to PageSix.com.

She reportedly shared a photo of herself in full costume - the role of which is unknown - with the caption, "And that’s a wrap... for now. Thank you for a MARVELOUS first experience!" 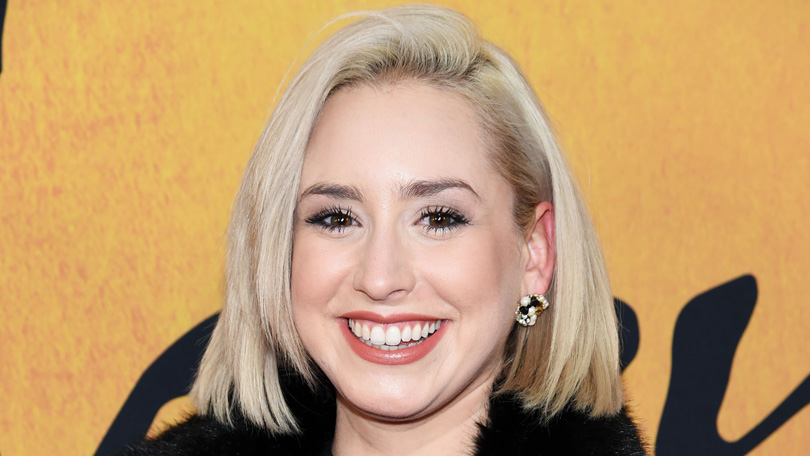 Gilmore Girls stars Lauren Graham, Milo Ventimiglia and Rami Malek (yes, THAT Rami Malek) have also expressed an interest in appearing on the show, but nothing’s been confirmed. They all worked with Amy Sherman-Palladino on Gilmore Girls.

How to watch Prime Video on BT TV