Frank Dillane delivers an acting masterclass as Nick battles for survival in the gripping new episode.

Fear the Walking Dead returned this week with a taut and tense single-hander, focused on the character of Nick.

After splitting from his fellow survivors and family members in the mid-season finale, Nick is now going solo in Tijuana.

Nick’s natural survival instincts were put to the test and his worrying new affinity with the infected and the sizzling Mexican weather placed him in some tight spots. 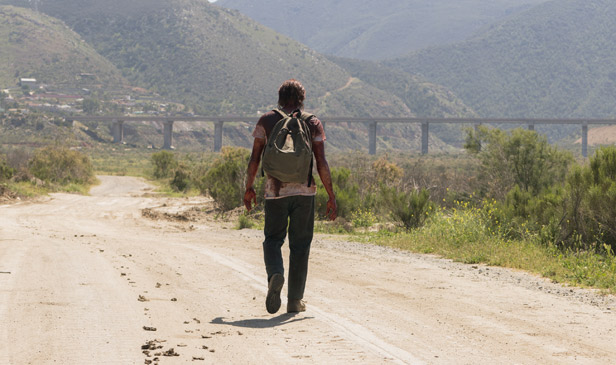 Nick’s battle with dehydration and delirious state allowed the episode a chance to delve into the backstory of the Clark family and in particular the troubled son's battle with addiction.

In the flashback sequences, we witnessed Nick’s first attempt at rehab, where we also met a healthy Gloria for the first time – a character last seen in the show’s pilot episode, munching on flesh.

More poignantly we learned about Nick’s relationship with his father Patrick – a man who withdrew from family life and who left Nick feeling abandoned.

When Patrick died in a car crash, it left Nick and Madison distraught, but the flashbacks suggest that Nick felt father-less and alone long before the accident.

As the survivors find themselves separated in these new episodes, we can expect a much closer focus on their pasts and how that is going to impact on their future in the apocalypse.

Whenever a new character arrives on Fear the Walking Dead, there is a wariness from viewers as to whether they are a friend or foe.

From Daniel Salazar to Victor Strand, so far, the new alliances for the Clark and Manawa families have proved to be loyal and vital in keeping them safe.

Will Luciana, played by Danay Garcia, be equally handy in the battle to survive?

The early signs are good after Luciana helped save Nick and introduced him to a new ‘safe’ community.

We’ll have to wait and see if Luciana and pharmacist Alejandro’s (“Death is not to be feared, but it shouldn’t be pursued”) bustling town is a true safe haven. However, if we’ve learned anything from Fear the Walking Dead’s first two seasons it’s that we don’t trust anybody.

Carrying the episode on his own, British star Frank Dillane delivered a masterclass in acting as his battered, bruised and blood-splattered Nick tried to survive in his own version of 127 Hours.

In the sparse and sizzling Mexican desert, Nick was on his own, but never alone as he walked among the dead and continually risked his life in his own usual reckless fashion.

Nick’s fearlessness at living life on the edge makes him a fascinating character in the apocalypse and Dillane is perfectly cast.

Nick was warned as he headed off on his solo mission about the dangers of post-apocalyptic life in Mexico and it didn’t take long for him to stumble into the path of a dangerous gang.

It’s worth remembering that we’re still in the relatively early days of the apocalypse, so there are quite a few communities and social structures still standing. However, it looks like the chaos might have allowed the criminals and dangerous elements of society to proliferate and take control. 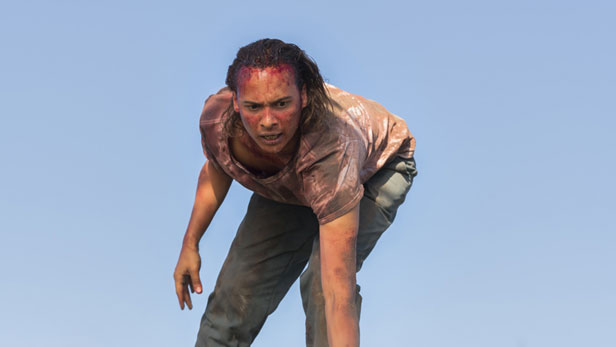 Victor Strand singled out Nick as a useful man to have by his side in the apocalypse because of his drug addict past and survival instinct.

Everything that happened to Nick in this episode suggests that Strand was on the money with his judgement. Nick may be fairly calamitous at times (losing all his supplies) and continually live on the edge, but he’s shown us time and time again he is willing to do whatever it takes to carry on living - even if it means drinking his own urine to refresh himself in the blazing Mexican sun.

Bear Grylls has nothing on this young man.

New episodes air every Monday at 9pm on AMC – exclusive to BT customers.