Ahead of the latest episode of Hap and Leonard on AMC, we reveal some surprising secrets about the actress.

Christina Hendricks teams up with James Purefoy and Michael Kenneth Williams in the critically-acclaimed US "swamp noir" thriller Hap and Leonard, which airs on AMC.

AMC is the drama channel, exclusive to BT customers.

Mad Men’s Joan Holloway switches pencil skirts and a 1960s ad agency for denim jeans and 1980s action in the six-part series. Filled with eccentric characters, Hap and Leonard is a thrill-ride with a unique Southern country twist.

1. She's not really a red head 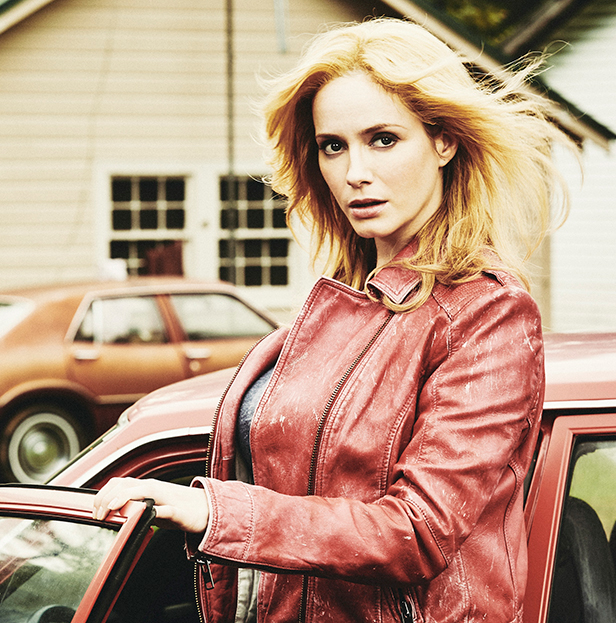 Arguably one of the world’s most recognizable TV stars, Hendricks most striking physical feature are her iconic red locks.

However, don’t be fooled – the actress is actually a natural blonder.

There is no filmed footage without her famous red look because she started dying her hair from the age of 10, when she was inspired by Anne of Green Gables.

When she went to school with a new ginger look, she felt more comfortable and has kept it that way ever since.

If the casting agents for the next Bond film are reading, surely Hendricks must be somewhere near the top of your wish-list.

She even has experience of working on the franchise, making a cameo alongside Pierce Brosnan’s 007 in a 1997 commercial to promote Visa and the latest movie Tomorrow Never Dies.

3. Her agency dropped her for taking the Mad Men job

Landing the part of Joan Holloway transformed Hendricks career after 10 years of near-misses and false starts in Hollywood.

However, her agency actually tried to persuade her to turn down the role because they thought the project was doomed.

The short-sighted talent agency told her that the show would stop her making any money and subsequently dropped her.

"I had been on several shows that were meant to be the big ones, that would go on for ever, and they didn't,” she said.

“So there was no sure bet and I'd already taken a chance on them and I felt, why not do the one you're in love with and take a chance on that?" 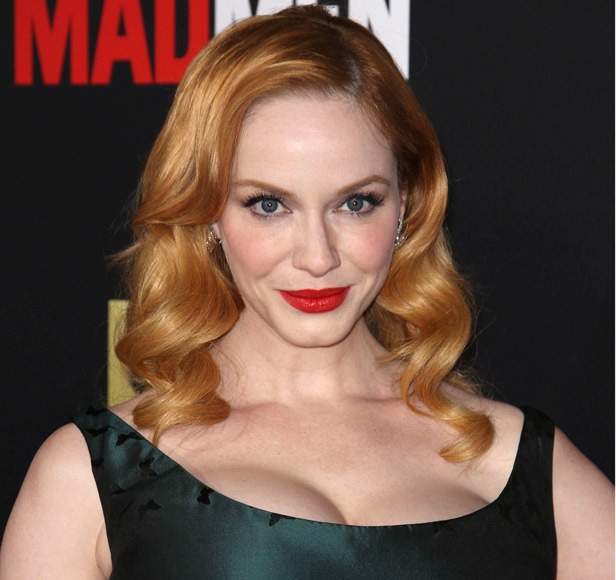 Born in Knoxville, Tennessee, Hendricks might at first sight appear to be as American as a bowl of mac and cheese on Super Bowl Sunday, but her father Robert actually hails from Birmingham.

She had a dual US/UK passport and during the mid-90s even lived in London for a year during the height of Britpop.

Hendricks still goes back to some of her favourite haunts whenever she returns to London and her top tip when you first arrive in the capital is to head to Soho for a pint of cider in the Coach and Horses.

5. She can genuinely play the accordion

Hendricks loves the accordion because it matches many of her passions – including French culture and Tom Waits.

“It is such a rich instrument for one person,” she said. “You can get so much out of it. It’s like a one-man band. It’s a very romantic instrument.”

6. She fell in love with Trudy in Hap and Leonard 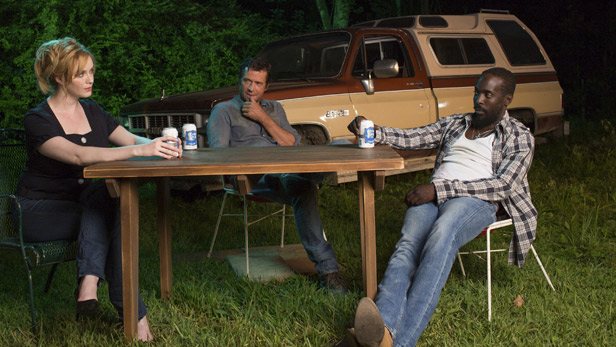 Hendricks didn’t expect to work with AMC again so soon after Mad Men, but once she read the role of femme fatale Trudy, she couldn’t let it go.

“I was surprised at how drawn into it I was. I had to play Trudy. The next thing you know I was in Louisiana,” she said.

“When I read something I have to be able to imagine myself in it, and what I can contribute, and who I can turn her into,” she added.

“And as I read Trudy was just jumping off the page for me. I loved this environment, it was so different from anything I’d done. I felt the story so viscerally just from reading it.”

Watch Hap and Leonard on AMC – the drama channel exclusive to BT customers.