Doctor Foster and Liar to Snatch and Sherlock: The best TV villains of 2017

From Ioan Gruffudd's terrifying turn in Liar to the crooks and bent coppers of Snatch, we round up the most dastardly TV character of the year.

We all know the Devil gets all the best tunes and that when it comes to TV shows, the greatest and most memorable TV characters are typically the bad ones.

[Fun quiz: How good a hustler are you?]

Looking back at 2017, here is a list of some of the best of the very worst screen characters this year.

We'll never be able to look at Ioan Gruffudd in the same way again after his performance as the twisted, evil, serial rapist.

Gruffudd had viewers fooled in the opening episodes of this twist-filled ITV drama, which painted his character as a 'nice guy'.

However, underneath the surgeon’s charm and smile lurked a sinister edge and pitch-black soul. 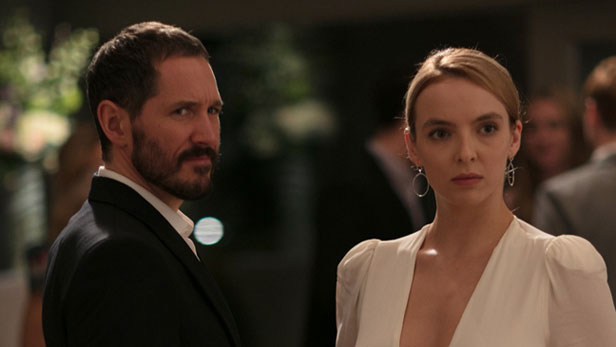 We thought we knew how bad Simon Foster could be after series one of the BBC drama series, but it turns out we were wrong.

Even more manipulative, malicious and full of himself than first time around, smug Simon was the centre of all the chaos as Doctor Foster series two ramped up the melodrama and the beard-stroking. Thankfully, he truly got his comeuppance second time around.

We got a fantastically OTT return from Moriarty in the fourth (and final?) series of Sherlock, but the big reveal in The Lying Detective was that Sherlock had been fooled by his own evil sister Eurus.

Sian Brooke was phenomenal as the villainous mastermind, who out-thought her own brother and Watson in a series of chilling challenges that pushed the show's heroes to their mental and physical limits.

4. Missy and The Master in Doctor Who

Michelle Gomez and John Simm’s performances as Missy and The Master are two of the most popular elements of modern Doctor Who, so to finally have a multi-Master storyline including both characters was a wonderful farewell treat from writer Steven Moffatt.

5. Nearly every man in Broadchurch

We could have just picked the guilty culprits in Broadchurch, but pretty much every man in the town of Broadchurch was a rotten egg.

6. The Commander and Aunt Lydia in The Handmaid's Tale

The Margaret Atwood adaptation was one of the most stunning dramas in 2017 and Joseph Fiennes and Ann Dowd’s haunting performances as enforcers in the authoritarian and theocratic regime were central the show’s chilling core.

The pair were as loathsome as anyone on TV in 2017.

In Breaking Bad, Hector has been a disabled former crime king pin, unable to move or speak. In prequel Better Call Saul, we finally got a glimpse of what made him such a powerful force in the drug world.

A truly menacing villain, who was willing to stop at nothing to protect his organisation and maintain power.

8. Officer Piscatella in Orange is the New Black

In a series set in a prison you’re bound to get some bad eggs, but Office Piscatella was particularly evil in the latest season of the Netflix hit.

Brad William Henke’s character morphed into a monster, whose wrath and physical and mental abuse could break even the strongest of the inmates.

9. Negan in The Walking Dead 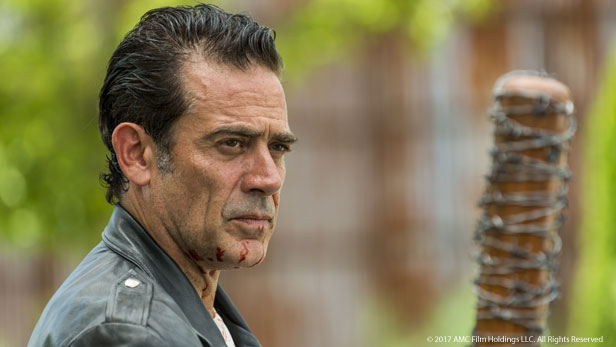 In 2016, we were introduced to the baseball bat-bashing monster, but it was this year that Jeffrey Dean Morgan’s sociopath' s full terrifying power was revealed.

He may no longer be having things his own way, but are Rick and the survivors any closer to toppling the Saviors leader and Lucille? 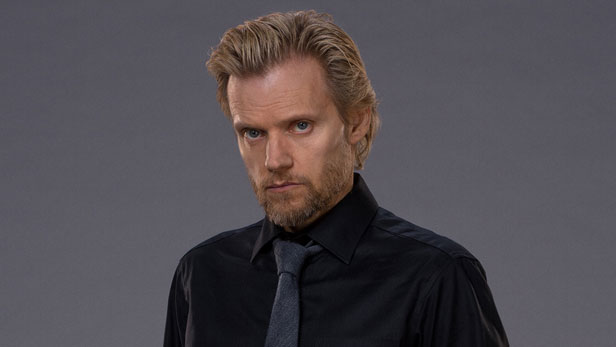 We're meeting new villains every week in AMC's Snatch, but Marc Warren’s crooked cop Bob Fink is the biggest rotter we've met so far in season one. The double-crossing detective doesn't follow any police officer handbook we’ve ever seen and his rule of terror is currently looking like unwelcome news for Albert Hill and our hustler heroes.