Madison and Strand get drunk and Nick discovers the secrets of La Colonia in the latest nail-biting episode.

In this week's episode of Fear the Walking Dead, we got a dangerous boozing bonding session with Madison and Strand, a hotel room heart to heart between Alicia and Ofelia and a reality check for Nick as he discovered the truth about his new home La Colonia.

The nail-biting episode explored old relationships and new bonds as the survivors all found themselves in perilous spots.

1. Do we believe Alejandro? 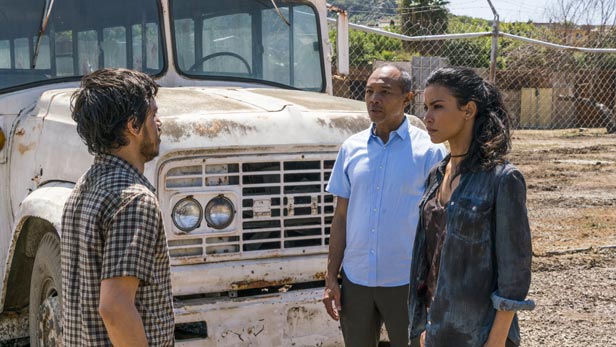 At the end of last week’s episode Grotesque, Nick entered La Colonia for the first time and with kids playing football and a bustling community, it briefly looked like a dream safe haven.

However, this is Fear the Walking Dead and there is much more to the community than street football and its 'friendly' pharmacist leader Alejandro. They also have an interesting policy of protecting themselves with a collection of the infected; who they keep topped up and well fed with sick members of the community.

Nick seems more than a little wary of La Colonia’s leader, the man in charge of the medicine and healthcare, and we suspect he has every reason to be.

Has Alejandro really survived a bite from the infected?  If so, what is his secret and why won’t he share it? 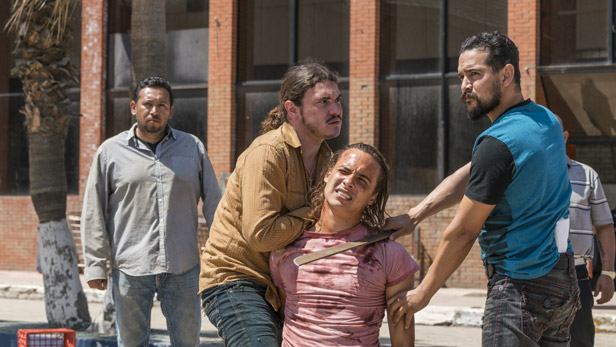 One part of La Colonia that we’re feeling less suspicious about is Luciana. Although she’s totally bought in Alejandro’s philosophy and rules and ene though she’s fully behind the brutal policy of using the infected as zombie feed, she’s a soldier rather than a leader.

While Alejandro is leading La Colonia like a religious cult, Luciana is taking on dangerous supplies shuttle runs to keep everyone fed and watered.

Nick and Luciana strike up a sibling-like relationship almost instantly as she tries to keep her new recruit in line. With her discipline and Nick’s street smarts, they make a seriously tough team in the apocalypse.

Speaking of incredible partnerships on the show…

3. We love the Madison and Strand 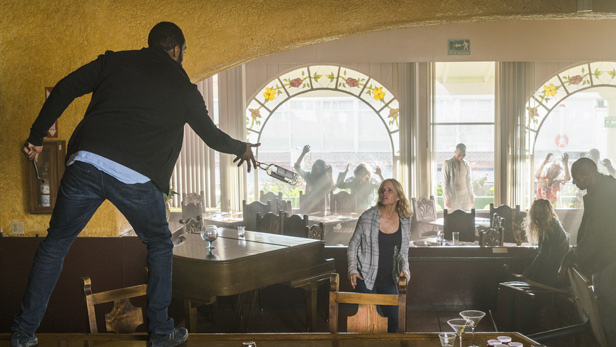 Your families have been ripped apart, the apocalypse is kicking off, so what are you going to do? If you’re Strand and Madison, you’re going to hit the hotel bar, smash some tequilas and have a tinkle on the piano.

Madison and Strand have always had more in common than they care to admit and now they’re no longer locked on the Abigail, they appear willing to accept each their friendship.

Now they just need to find their way out of a hotel lobby surrounded by the infected with only some empty bottles of booze to protect them.

It feels like Ofelia and Alicia should have some sort of bond in the apocalypse as two young women, who have both lost parents. During the pair’s reckless hunt for supplies in hotel bedrooms we perhaps found out why they haven’t become best buddies yet.

Ofelia believes they are all doomed and that they’re running away from the inevitable. Alicia still has faith that there could be a happy ever after.

After a discussion about death and suicide, Ofelia has gone AWOL and Alicia has found herself on the run in a hotel overflowing with walkers.

Will Ofelia return to save her? And what will it take to break Alicia’s belief in humanity and a possible life after the apocalypse.

5. Can Madison and Alicia kiss and make-up 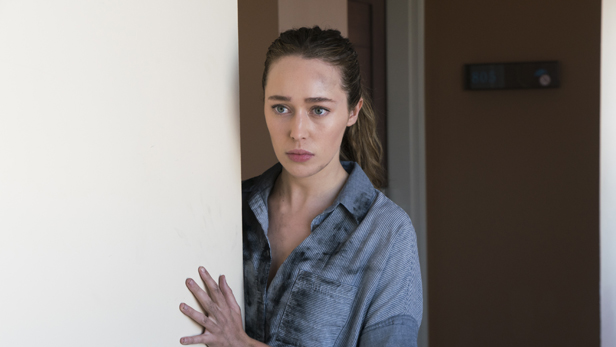 Despite all his faults and all the pain he has caused, Nick and Madison have a very close bond. From early on in series one, we saw the signs of resentment from Alicia towards her mother over that close relationship.

Alicia was the model daughter, a successful student and has shown loyalty to her mum in the apocalypse. Meanwhile, Nick has gone wandering off with the infected.

Despite all of this, Madison is determined to still keep hunting for Nick and Alicia looks like she’s close to breaking point. Will the mother and daughter be able to kiss and make-up or is the apocalypse going to push them further apart?

Of course, they’ve both got to escape the hotel and find each other before they can even start to think about playing happy families again!

New episodes air every Monday at 9pm on AMC – exclusive to BT customers.