Frank Dillane, the young star of AMC’s hit series, takes us closer to the action on season 2.

With the apocolypse survivors spread across Mexico, former drug addict Nick  appears to dealing the best with the fall-out. He's found himself a community, a girlfriend (newcomer Danay Garcia) and his troubled past appears to be an asset in desperate times.

We caught up with Frank Dillane, who plays Nick, to find out how season two came together and what he wants to see happen with Nick in the future. 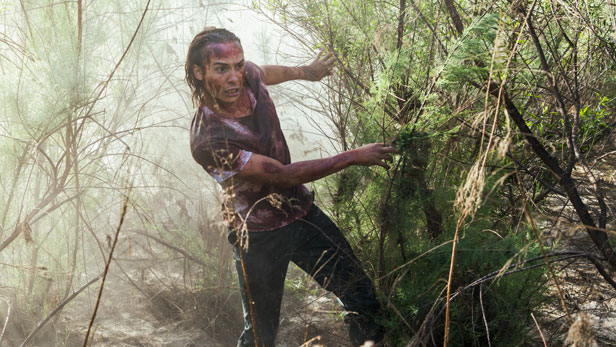 Can we take you back to the mid-season premiere Grotesque. You were in nearly every scene in that episode. How exhausting was that?

It was difficult to film. When you’re on your own there’s a lot more work and I was nervous. I was scared and it was nervewracking being in every single scene. That episode was very technical as well. The more interesting the shot, often the more bored the actor. Sometimes those big sweeping shots, you just have to stand there for four hours. I haven’t seen the episode yet, I hope it looked okay. 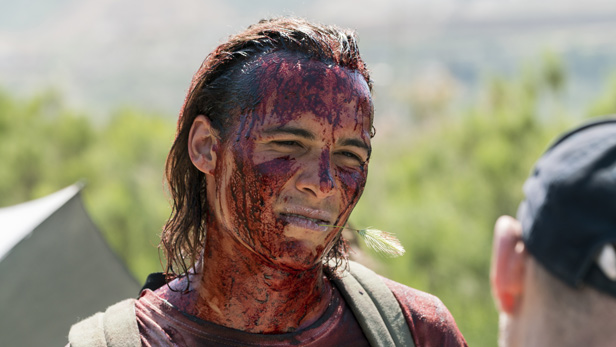 Do you never watch yourself back on screen?

No, I don’t ever watch myself, but I’d like to see the cinematography in that one. The places we were filming were beautiful.

Watch a clip of this week's new episode Pillar of Salt:

Nick has survived against all the odds again. Do you think he believes he's invincible and do you think that’s part of being an addict?

Yes, I think he does think he’s invincible. I’m reluctant to point the finger at addiction. I don’t know if that’s the addict or the illusion of God or maybe he actually he is. I do say that at one point don’t I? “I will not die”. I’ve got a mate whose dad is like that. He refuses to believe he is going to die – he obviously will die one day – but he’s a healthy man and you believe him when he says it. So maybe it’s a good thing to say. 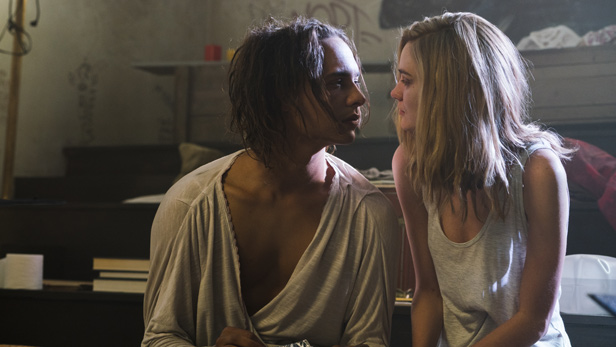 We got some flashbacks in that episode. How much had you spoken with the writers about Nick's father and his addictions?

I had spoken about that with the writers and we discuss the character, but they do keep a lot of things secret as well. I don’t know anything about Madison’s past for instance. My father’s past was explained to me beforehand though, yes.

Do you spend a lot of time researching addiction?

I try. I know a lot of addicts. But I’m no closer to understanding addiction or understanding where exactly Nick’s addiction is if I’m honest. It’s too vast a subject to be explained in a single scene or moment. 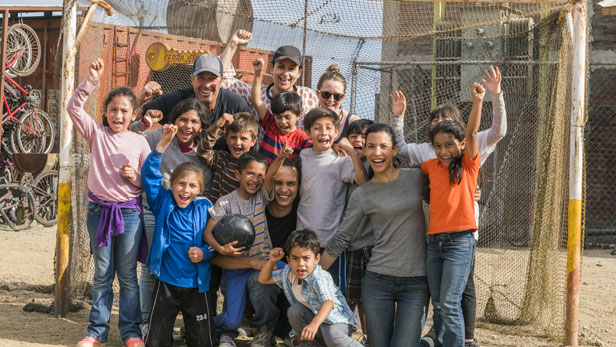 Nick's a transformed character whenever children are around. Do you think that's because of his bad relationship with his father?

I don’t know if it’s a response to his father or the writers seeing that I get on really well with children and trying to get that in the show. I do love spending time with kids, they are such a laugh. I think there was an idea originally that Nick would be some sort of pied piper recruiting children as he went around.

Do you think Nick is even worried or thinking about his sister and mother?

He doesn’t seem to and no I don’t think he does. What is he? He’s a troubled child. I wouldn’t know if he worries about them. I think he’s a selfish character as well. He has his own ends.

But let’s not forget who his mother is and what his family life has been like. I don’t think Madison is an angel or a role model of a mother. We’ll probably delve into Madison’s past at some point and we may understand that more.

Do you think it's true love between Nick and Luciana?

They say it’s true love, that’s what the stage directions say. I guess we’ll just have to wait and find out. I think he was in love and has been in love before, I think he loved his girlfriend who turned into a zombie. I think as boys though we tend to replace one mother with another…so who knows, maybe there could be a bit of that going on. But it says that I love her. 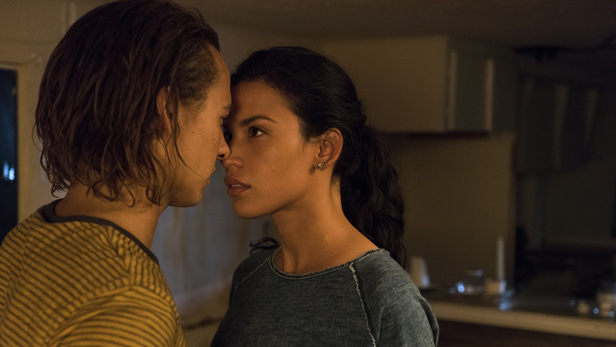 Danay has quickly become a fan favourite, did you both click immediately on set?

She’s great, she’s a great actress, a laugh, beautiful girl and very good at what she does. I’m very happy to have her around.

You spend an awful lot of time covered in zombie guts. Do you have to keep topping it up between takes? 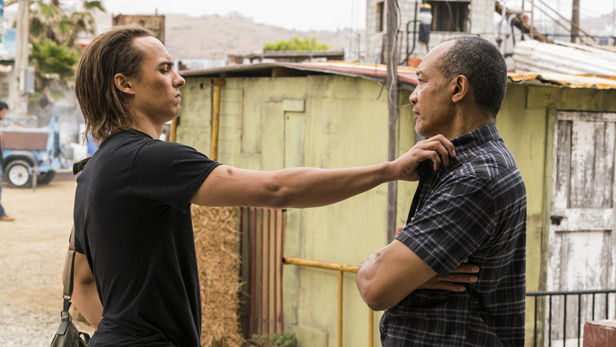 Nick seems wary of trusting Alejandro and his bite story. Do you think that's a wise move from Nick?

I think you have to be careful who you trust in this apocalyptic world and who knows, maybe Alejandro is lying. Let’s find out…

You've been split from the rest of the cast this season. Do you stay in touch?

Me and Alycia stay in the same hotel, so we’re able to stay in touch. Me and Cliff and Kim stay in touch, but the problem is they all live in LA. So in our time off they all are back to LA. When I’m in Mexico, I stay in Mexico.

What do you miss most about the UK when you're filming? 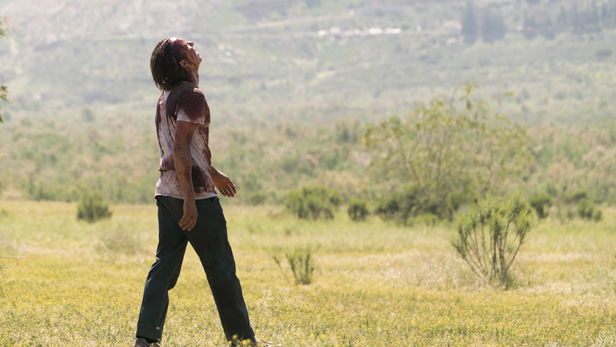 Do the American's not understand your humour?

The survivors have moved from LA, to the sea and into Mexico. Where would you like them to head next?

Eastbourne…Actually, I'd like to stay in Mexico. I think there's a lot more for us to do there.

Fear the Walking Dead is also available on Catch-Up in the BT Player.