Fear the Walking Dead: Who is Troy Otto? Daniel Sharman reveals all about the show’s darkest character yet

The Teen Wolf and Originals star explains how his character is going to alter the course of the AMC show's third season.

Daniel Sharman had an incredible debut in Fear the Walking Dead.

The youngest member of the Otto family shook up the season 3 premiere with his dark ‘scientific experiments’, creepy relationship with Madison (Kim Dickens) and unfortunate and unforgettable meeting with a spoon.

But is there more to Troy than the sinister dark side we saw in the opening episodes of the season?

We caught up with the British star to find out everything we need to know about Troy... 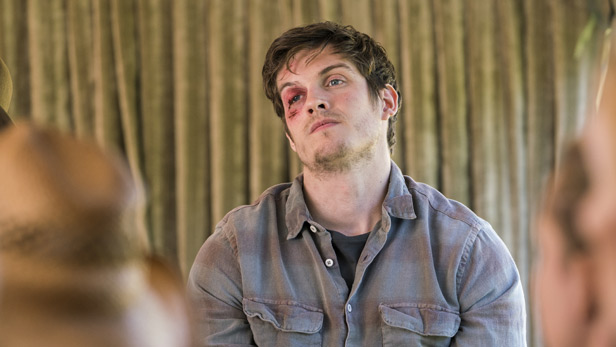 Were you a fan of the Fear or Walking Dead universe when you signed up for the show?

“I'd known about it because it became such a huge hit, but when this job became a reality, I had the most amazing excuse to binge watch this show. I just stayed in my apartment for four days and watched the entire series.

“It was the most guilt-free, I’ve ever felt, sitting in my underwear, eating ice-cream and binge-watching.

“As I watched, I began to understand what this world entails and its rules. So it’s new to me, but it’s very welcome.”

Is Troy as evil as we think after episode 1 and 2, or is there another side to him?

“I think what’s wonderful about this part is that as the season develops, you will start to see more of Troy and who he really is. I never wanted to play a character who was evil as a two-dimensional, blanket idea.

“What is fascinating about Troy is you get to know the intricacies and complexities of him. When you first meet him, he’s very black and white. But the reality with Troy, is there’s a lot of grey areas.

“In episode one, you see Troy getting things done, but as the season progresses, you will learn why he is the way he is and it’s a fascinating look at a human and the way their past  impacts on them in this new world.”

How much do we get to learn about his mother and his family history? 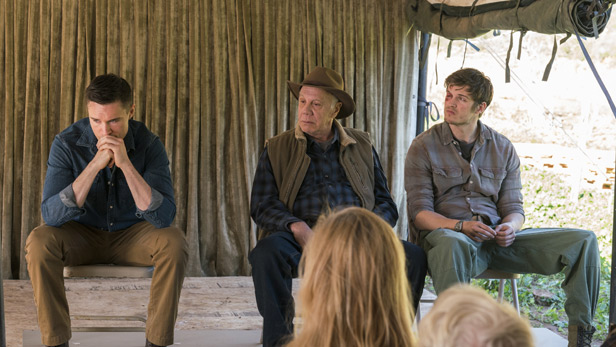 “You are going to learn it all. You don’t just learn what happened in his past, but also you get to see a lot of Troy in action. As things ramp up in the season, you will see how he reacts to new dangers and in fact how he becomes an asset in many ways to the Clarks. I think that’s a really interesting concept. In this new world, the most deadly people become the most useful people. You will see him developed, his relationships with his brother and his father and by the end of this season, you will really see him as a fully-formed human being.”

What can you tell us about that spoon scene with Madison - that must have been intense to film! 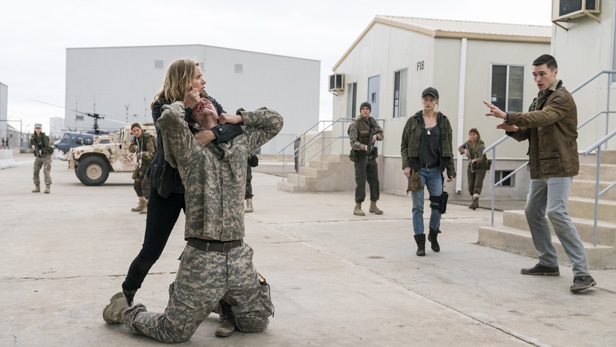 “It was the first day I was on set. It was a baptism of fire. What’s wonderful about this show is that despite being the first day and the difficulties of make-up and everything involved – the whole team made it so seamless.

“It also wasn’t anywhere near as bad as it looks. I was walking around set and I could see the reactions from other people, but you almost forget you’re walking around with this thing stuck on your face. You just walk around and get odd looks and squeamish looks.

“But Kim was amazing to work with and great about it all. She’s just an incredible actress and that made it a really fun and interesting day.

”The most grueling part was being knocked on my knees five or six times later on in the scene. The actual eye scene wasn’t too bad at all.”

Yeah , you’re right. I’m telling you, I can longer enjoy my cereal. I look at spoons in a whole different light.

I could barely watch it…

Eyes and Achilles tendons. They are just two areas I can’t hack thinking about.

Troy's relationship with Madison was very creepy, how will that develop this season…

“What is great about Troy’s relationship with Madison is the idea that he’s had a directionless childhood. So there is the obvious idea that he’s looking for a motherly figure in his life. However, I think it’s much more nuanced than that for Troy.

“Madison attracts Troy because there is so much, love, leadership and purpose in her. He sees the way she interacts with her daughter and that attracts him – he sees her courage and hutzpah and those qualities are something he deeply admires. He also likes her ability to adapt and play the game.

“What’s great about their relationship is the chess match. They are both highly intelligent and manipulative people and I think Troy relishes this chess match that is happening.”

Do you think in a horrible way he's actually relishing the apocalypse? 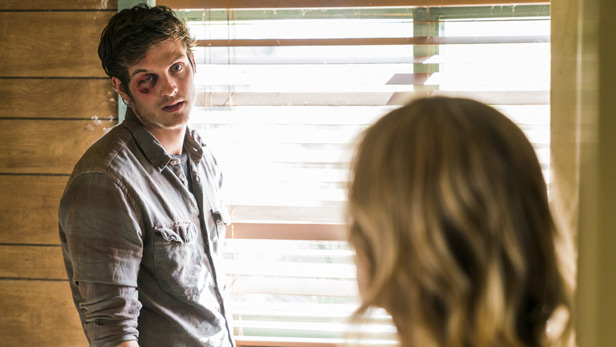 “Absolutely.  I think he really does fit in this world better than any other character. His lack of empathy and lack of moral direction allows him to thrive in this world.

“I think that’s the interesting thing about this show – what are the qualities you need for survival. It’s not necessarily the same things that applied in the old world.

“Some of those old world qualities actually burden you now. In the old, Troy might have ended up in an institution, but in the new world, he’s a person people need.”

Fear the Walking Dead airs Mondays, 9pm on AMC – exclusive to BT customers. Catch up now on the BT Player.

[Read more: Who's who - Meet the cast of Fear the Walking Dead season 3]

[Read more: The story so far... Fear the Walking Dead]