Fear the Walking Dead kills off main character in shock twist: Cast and creator reveal all about season 3 premiere

One of the original cast dramatically exited the show during the season 3 premiere, after a heroic battle.

Cliff Curtis’s popular character, who has been part of the show from the beginning, threw himself from a helicopter after he was injured by gunfire.

Travis opted to kill himself rather than put Alicia (Alycia Debnam-Carey) in danger on the helicopter or force her to stop him from turning into an infected.


Earlier in the premiere, Travis had defeated a pit of infected walkers in a nail-biting sequence and also successfully reunited his lover Madison Clark (Kim Dickens) with her son Nick (Frank Dillane).

The family reunion offered Travis some peace after he tragically lost his own son Chris at the end of season 2.

Here are the cast and crew reactions to Travis’s death: 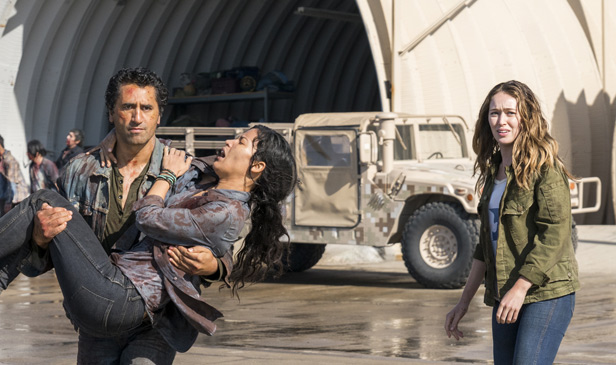 “I was very shocked. Actually I remember getting a phone call from one of our producers and I thought, ‘oh no why is he calling me up? What is going on? Who is getting killed off?’

“And I think it is actually very sad for all of us, we really are a big family and even though we know that no one is completely safe on the show, I was still caught by surprise.

“Because we are filming somewhere like Mexico, it made us even closer, so it was really sad.

“But I think it really makes sense for the storyline and for Alicia because she is right there and sees what’s happened to Travis.

“On top of this, she has this secret that her father killed himself and I believe she is overwhelmed by so much information and she’s really at a tipping point. Where is she going and who she’s going to be?

“She thought they had finally got the family back together and were going to a safer place, and so for that to happen to Travis is truly devastating to her. I think she really is the ultimate symbol of the apocalypse because she always has this hope that could get better, but Travis’s death has shattered this hope."

Travis’ death was always playing in the back of my mind. As soon as he saved Nick, I think that Travis was done.  I think that was the last chapter.  He needed to atone for what he saw as a failure, his loss of Chris. There was a version where that story arched out a bit longer, but then we made a decision to reconnect Madison and Nick sooner rather than later.

So the story is the same, it just became a bit more immediate. I also think for the purposes of the narrative, losing him early, it definitely has an impact on Maddie and on Alicia who has to be with him in the moment that he is lost.

We will eventually come to realize who is responsible for shooting down the helicopter… and the people responsible may end up not being as nefarious as we might initially think.

Obviously if you’re going to lose a character especially, one of your core family members, you want to make sure it has a dramatic impact on the people surrounding you - and I think we did that. 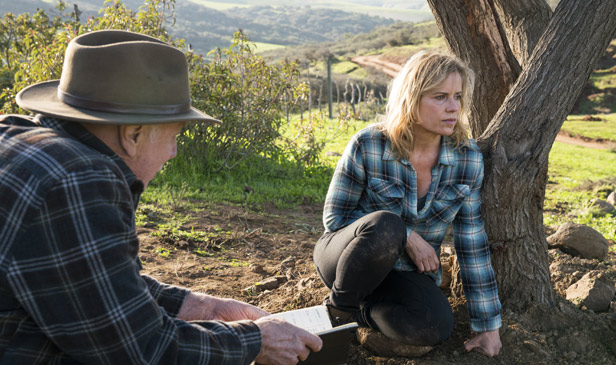 It was so sad for us.  I mean I got a call phone before we went into production just to let everyone
know.  And I immediately called Cliff . Cliff and Frank Dillane and Alycia and I were the first ones that arrived for production this season.  And we all just had time together and bonded and talked about it.  It’s so hard for us to lose parts of the family.  You get really close.” 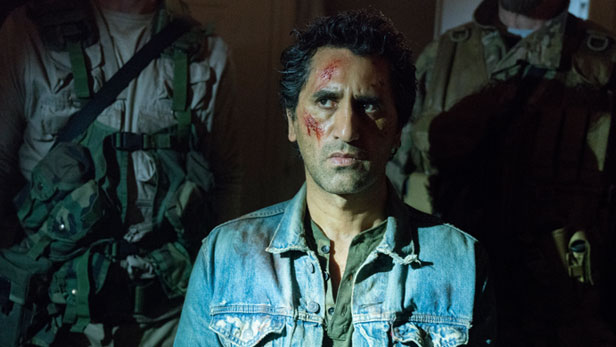 Thanks to the fans for supporting the show. It was a great ride and I had a great time. I loved everybody that I worked with. I think Season 3 is going to be the best season yet. It’s going to be a really strong season and I wish everybody well. I hope the audience continues to enjoy the show.

Fear the Walking Dead airs Mondays at 9pm on AMC – exclusive to BT customers. Catch up now on the BT Player.