What will happen to the Otto brothers in the second half of Fear the Walking Dead's third season? Sam Underwood reveals all.

Sam Underwood's Jake Otto, is attempting to navigate the peace at Broke Jaw Ranch following the death of his father Jeremiah (Dayton Callies) in the mid-season finale.

[Read more: Fear the Walking Dead cast - Then and Now]

We caught up with Sam to talk about fan reactions to the Ottos, the 'Jalicia' romance and the 'explosive' new episodes. 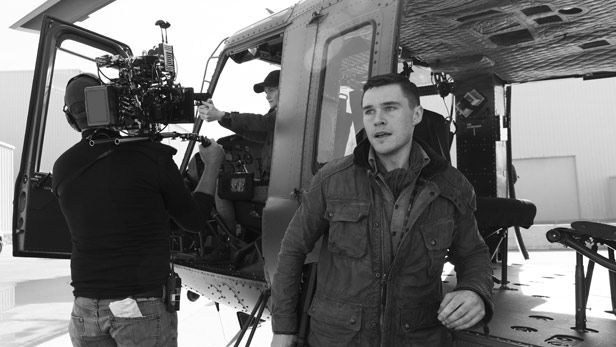 The Ottos had a huge impact on Fear the Walking Dead season 3. What was the reception like from fans at Comic-Con?

“Events like Comic-Con where it’s all for the fans, that’s when you really get to see the scope of how people are affected by your work and it’s a wonderful experience.”

Watch a preview of My Brother's Keeper:

We have to talk about the incredible scene in season 3A – the scalping – what was that like to film?

“It was pretty tense to shoot. The idea of making something like that look real was definitely a challenge. Getting beaten up and bloodied was the fun part of it. But it was pretty scary even having a fake knife ripped across your scalp and it was a day of mixed emotions. It was pretty horrible to watch, so I think that’s a truly successful gory shoot.” 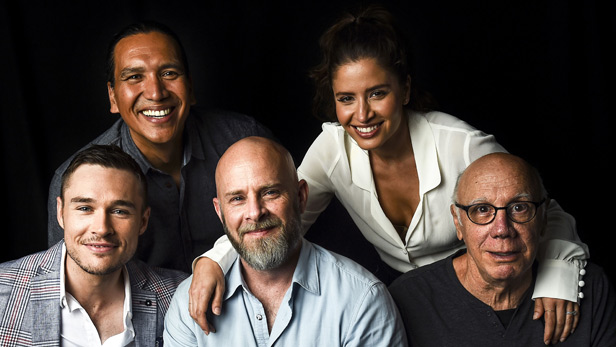 “Oh me too. He exists in a world of action and survival tactics and there’s not really a place for someone like Jake in this new world. He hasn’t evolved, he hasn’t changed and he struggles with these new rules.

“He also just needs to take the reins and do something – I find that frustrating as well. Jake is one of those people who either doesn’t think he should be a leader or doesn’t think you should go in all guns blazing. Sometimes that’s a smart thing to do and maybe it’s the best way to be, but as a character he’s quite frustrating to watch.

“It’s something that I got with Travis back in season one. He was a good moral compass, but in this world of survival, what does that mean? It’s an interesting conversation to explore why we get frustrated with these morally good people, who think things through and want the best – we consider them inactive and I can sympathise with that.”

Do you think you need to be a bit bad to survive in this new world?

“I think that the lines blur between good and bad. The distinction between actions being right or wrong aren’t there anymore. We’re in a different landscape. It’s very relevant right now when you consider what’s going on in the US at the moment. Terrible, terrible things being normalised. And people have to adapt to it.

“Jake may have good intentions and good ideas, but the game has changed in Fear the Walking Dead. And if nobody is listening to your or playing the same game as you, no matter how well intentioned you are, you can’t move forward at the same pace as everyone else.”

The show had some strong political themes in recent episodes, do you think that was behind the popularity for season 3?

“I think people are growing more aware of what’s going on in the world around them, so when TV shows connect with those feelings and emotions, it really adds something for viewers. A show like The Leftovers is something that I really connected to and particularly with what’s going on the world right now. Fantastically written TV and films, when they are shown at the right time, that connection can really make viewers think this is the best season so far. It just gives you another reason to connect to it.” 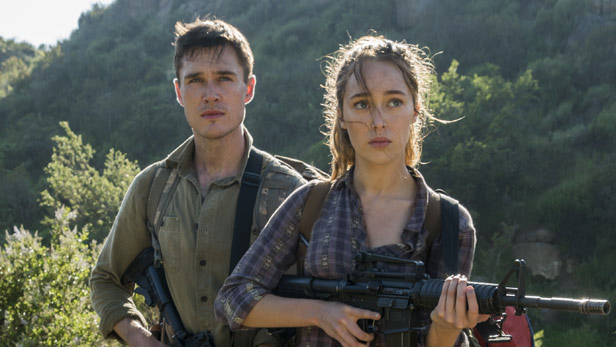 “I think that Jake and Alesha both know their relationship isn’t love. They’re not in a whirlwind relationship. They’re just two people who need some connection to another human being, which isn’t driven by survival.

“It’s not about the need to procreate or a for a partner, it’s about the need for intimacy, something that these characters just can’t find in this new world. Either because their partner has died or because they have these walking dead things getting in the way.

“Both Jake and Alicia have been through intense trauma and they want something special, something that’s real and something that’s maybe a little bit safe. I don’t think either is manipulating the other, they’re both very much on the same page. It’s something that everyone needs, they’re just very lucky that they’ve found someone who can give them that.”

When Jake discovers the truth about his father, will he still be the reasonable and measured leader at Broke Jaw Ranch?

“I think Jake undergoes a change in 3B that pushes that off kilter a little bit. But in general, he has a more reasonable reaction. The thing with Jake is that even if he never found out the truth, deep down in his bones he knows something isn’t quite right. He knows that foul play is afoot in this situation. So if he perhaps knows the answer deep down, maybe that is why he doesn’t bring it up and pursue answers.

“The interesting part is whether he’s playing a backseat, inactive role with this. Is he banking this for later on? Does he think this is the best for the community? Jake isn’t stupid, he’s one of the smartest people around. And he doesn’t believe his dad just killed himself one night, he thinks other thing are at play.”

The new season 3B trailer looks action-packed. What can we expect?

Action-packed is definitely the world. It’s already very high-paced, but the adrenaline of the show is increasing. We’re stuck in this little community and it becomes a real boiler room, very claustrophobic and it affects people in different ways. Some people quite negatively. You are going to see some explosive results.”

A question I ask everyone on this show is how they would like to bow out, when you time comes? 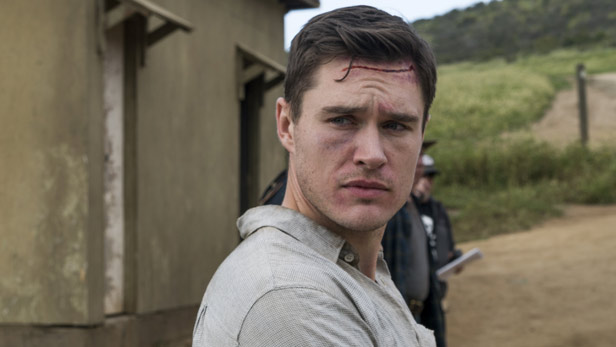 “Because Jake has been a little bit sensible, it would be good to go out with a couple of machetes and straight into a pack of infected. We need to show off that Jake is really a Rambo bad-ass. After the first 100 infected are taken down, maybe they can have a little chomp on him, but we’ll at least get the first 100 down and out of the way before they manage to get to him. Just a 100.”