As Fear the Walking Dead returns for a third season, we spoke to showrunner David Erickson about what to expect from the latest instalment.

We spoke exclusively with Fear the Walking Dead showrunner David Erickson about season three and he shared a fair amount of spoilers with us.

Here’s what he says we can expect from season three:

1. It will be more politicized

David says the political undertones in seasons one and two are likely to become more prevalent in the new season.

“I think this season was always going to be a bit more politicized.  I mean, I’ve said in the past that this isn’t a polemic…but I think when you do a story in our current political atmosphere - and this is even pre-election - I think we would draw comparisons and we’d see episodes of what’s going on today,” David said. 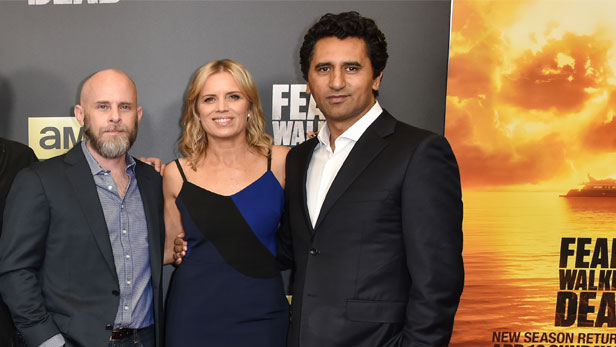 2. The characters will reunite

At the end of season two we saw the group very much divided. Travis, Madison and Alicia reunite only to continue searching for Nick, who unbeknownst to them is heading to the border with Luciana and the colonists.  Strand has abandoned all of them, deciding to remain at the hotel for at least the time being. Ofelia has also split from the group, fleeing the zombie infested hotel, she was last seen making her away across the Mexican border – presumably in an effort to return to her native Los Angeles.

However, David says that at some point in season three, a reunion is inevitable:

“What’s interesting to me this season is to start to see those people come back together and also just clocking how they’ve changed, because I do think by the time we return mother to son and vice versa they’re different people.  I think when we eventually see Strand, and we will see Strand work his way back into the fabric of the overall show, they’re all in different places. That to me is challenging for them as characters: how are they going to relate, how are they going to interact?”

David previously worked with actor Dayton Callie on the megahit series Sons of Anarchy. David served as a writer and producer while Callie played the noble Chief Wayne Unser.

We saw Dayton briefly at the end of season two of Fear the Walking Dead, when he confronted an exhausted Ophelia in the desert with his shotgun. 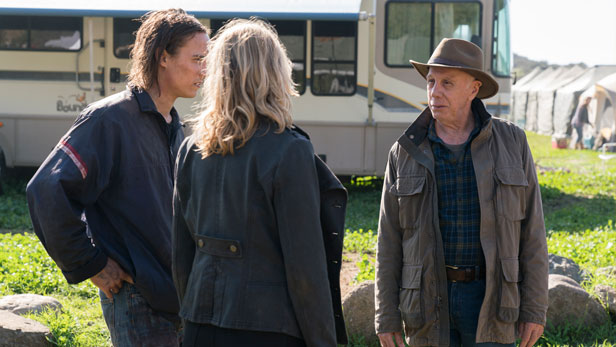 David says Dayton will be playing survivalist commune leader Russell Otto, who will welcome several key characters into his community, simply known as The Ranch. David says Russell is a complicated and formidable character, but who will offer a potential refuge and home for Madison and co nonetheless.

“The thing about Dayton that’s interesting to me is - I’ve worked with him before in Sons of Anarchy - he is a friend, so that’s the delight for me to watch…There is something about him where there is a gentleness and there is a kindness at times, but I also think there is a menace as well and you start to see it early on,” said David.

“[Dayton’s character, Russell Otto] has got a very specific point of view - one that I vehemently disagree with - but it’s something he believes in and he has his convictions. The burden of the season is really on Madison to process this and figure out a way to, really to make it work for her family without losing her soul in the process and I think that’s the core of her story.”

4. The Ranch may be more than it seems

Although Madison hopes that The Ranch will be a safe haven for the family, David has hinted that it may not be all it seems, and Madison will definitely not be a permanent resident.

“Things are not going to go as well at The Ranch as we had hoped they ought to and so we will be back into introducing locations, new characters, and it will become progressively more dynamic as the season plays out,” said David. 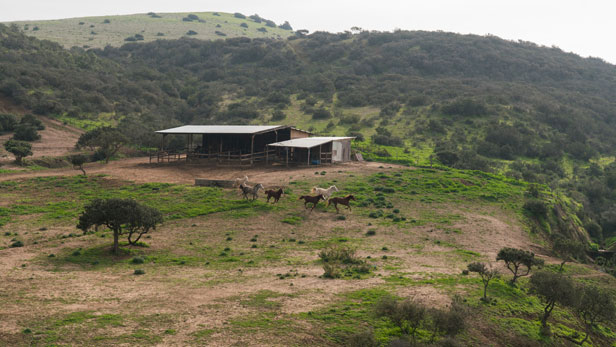 5. This season will be significantly darker

The pace picks up significantly in the new season, but there is also a distinctively darker and even sinister undertone. David says this was a deliberate choice as it allows us to delve deeper into each character’s capabilities and ultimately gives them the chance to build themselves up again.

“That is the intention, especially with Madison.  She has always been able to harden herself when she needs to… and she is definitely darker in her attitude.  She is definitely willing to abide things that she probably would not have last season,” said David.

“The short answer is yes, I do think it is a darker season. I think we need to go to a very, very dark place and then try to find a reason and ultimately keep going because if we don’t do that, then it starts to get a little bit too depressing.”

[Read more: Fear the Walking Dead season 3 - All you need to know]