Fear the Walking Dead mid-season finale – first look at No One’s Gone: Who will survive?

Where is Madison Clark? Is John Dorie going to die? Nobody is safe in the mid-season finale, which will conclude with an epic battle for survival.

Fear the Walking Dead’s season villains The Vultures may have been killed off in the present day storyline, but the series is about to get even darker as it reveals some answers to the mysteries and cryptic secrets of season 4.

Where is Madison? Will John Dorie live? Who is the real Naomi/Laura? What is Al’s story? 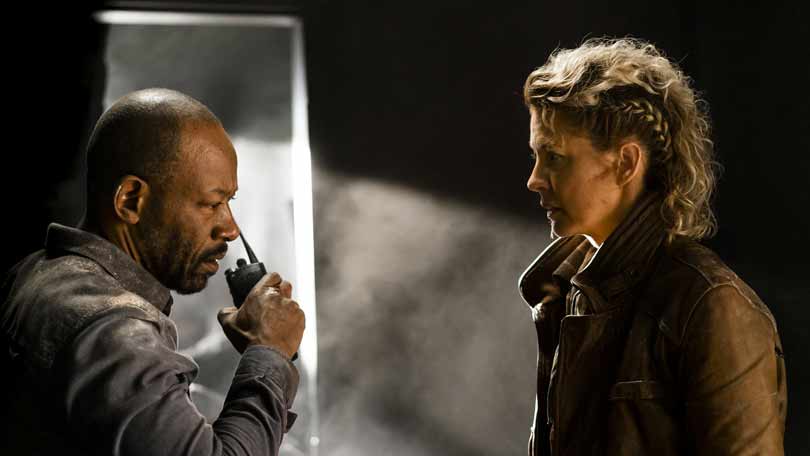 There are plenty of questions that need answering and some may have to wait for the second half of season 4 later this year, but the first-look pictures from the finale suggest that ‘No One’s Gone’ is going to finally bring together the season’s different timelines. 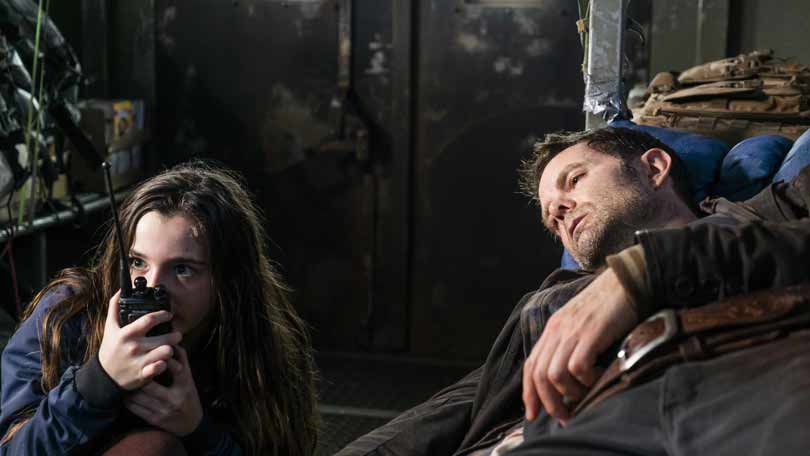 (John Dorie fights for his life in the finale)

Speaking about their plans for the whole of season 4, Ian Goldberg told Entertainment Weekly:  We are trying to tell one big story this season across 16 episodes, both emotionally and in terms of who our characters are, where they start and where they end the season.

“For the purposes of the first eight episodes, we have been telling them across multiple timelines and we can say that both of those stories’ threads will sort of reach an apex and there will be answers and surprises and twists and turns to come and we can’t wait to hear what people think.”

The first-look images from the mid-season finale show the characters during the fall of the Diamond in the past timeline and Morgan, Al and Naomi’s race to save John Dorie in the modern storyline. 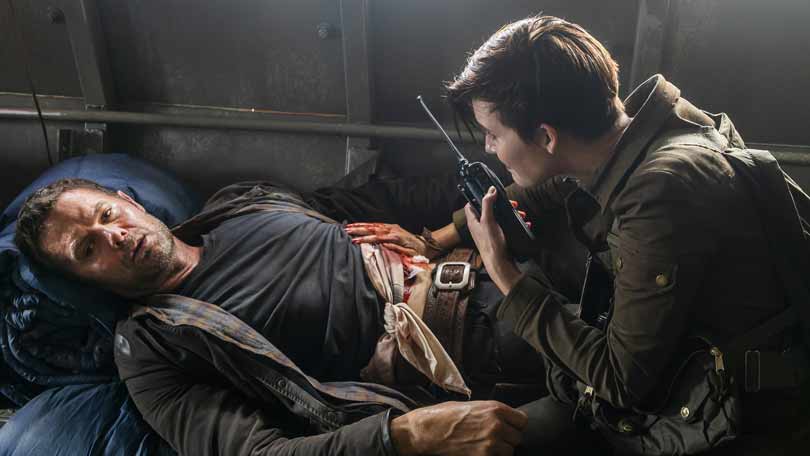 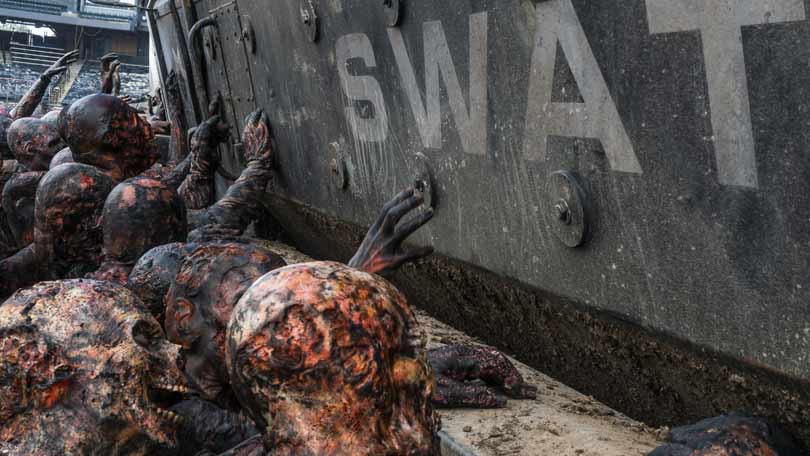 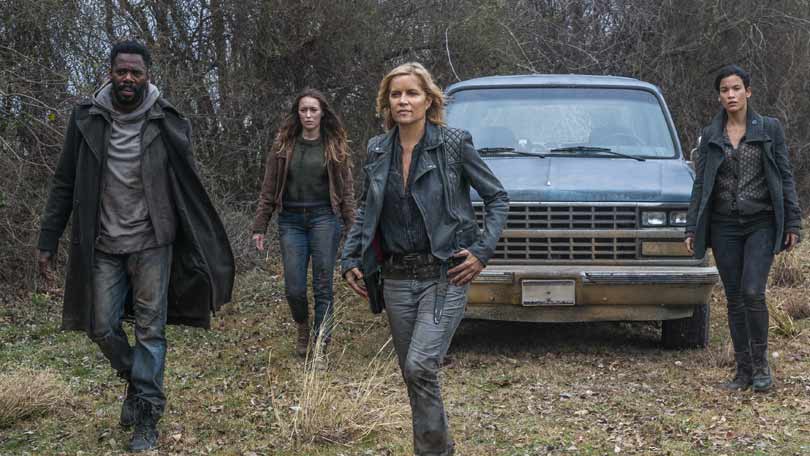 (Fear the Walking Dead - Madison, Strand, Alicia and Luciana together again - but when is this scene taking place?) 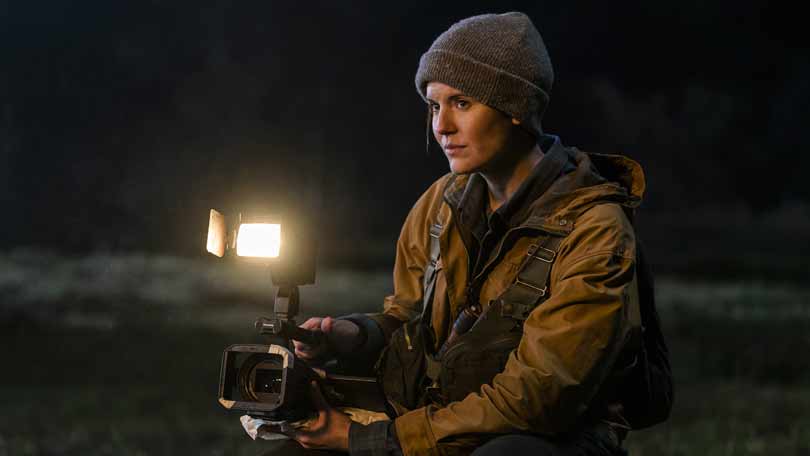 (Whose story os Al getting in this image?) 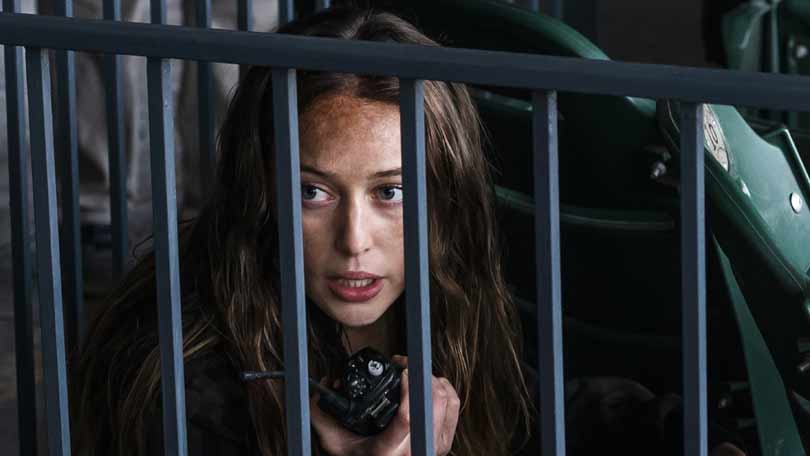 (Alicia is looking desperate the Diamond) 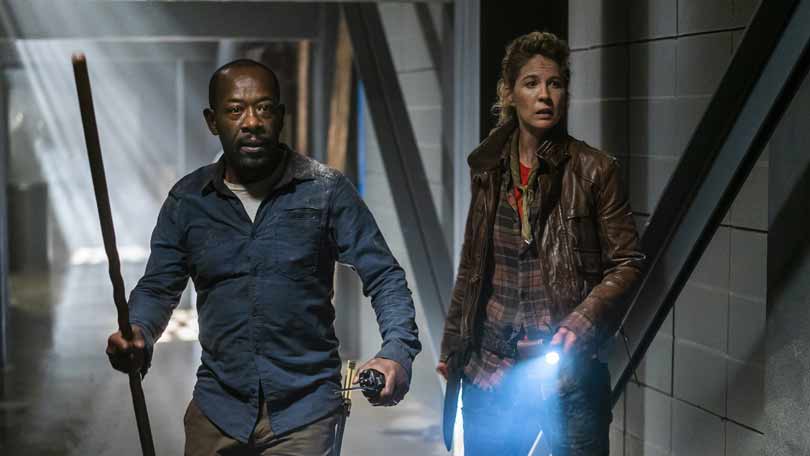 (Morgan and Naomi run into trouble)

The eighth episode in the season and the mid-season finale, No One’s Gone is written by Ian Goldberg and Andrew Chambliss and directed by Michael E. Satrazemis.

AMC's preview of the finale reads: "Madison fights to preserve the life she worked so hard to build. Morgan tries to do the right thing."

The fourth season consists of 16 episodes with the final half of the season premiering later in 2018.

AMC is home of TV dramas including Preacher, Snatch, Into the Badlands and The Terror.