Henry Garrett talks about playing Pete McCullough in The Son, working in Texas and the politics of AMC’s epic new drama series.

AMC's epic new family saga The Son follows the story of a Texas family across 150 years.

Based on Philip Meyer’s Pulitzer-nominated novel, the show delves into the politics and brutal history of the Lone Star State as different cultures clashed in a battle for oil, land and power.

BT.com caught up with one of the show’s breakout stars, Poldark actor Henry Garrett for a quick chat about working in the Texas heat, the magic of Pierce Brosnan and the show’s relevancy for Trump’s America.

Who is your character Pete McCullough?

Pete is the son of Eli McCullough (Pierce Brosnan). They are a cattle ranch family trying to make their way into oil and Pete looks after the cattle side of things.

Pete says, ‘I’m not my father’ to various different people at different times, but I think he’s also saying it to himself.

It’s one of his biggest fears. He doesn’t want to turn into what he sees in front of him and he knows that the violence he sees in Eli, also exists within himself.

He doesn’t want to go down that road. So part of who he is today is trying not to be his father and convincing himself and others that he isn’t heading that way. And through the series, you will see him wrestling with that and trying to create his own identity.

He is swimming in the wake of Eli and drowning at points. It’s a big struggle and a big fight for him. He ultimately has to make some very tough decisions which you will see throughout the series.

[Read more: 5 reasons you will love AMC's epic The Son]

What was it like to work alongside the legendary Pierce Brosnan? 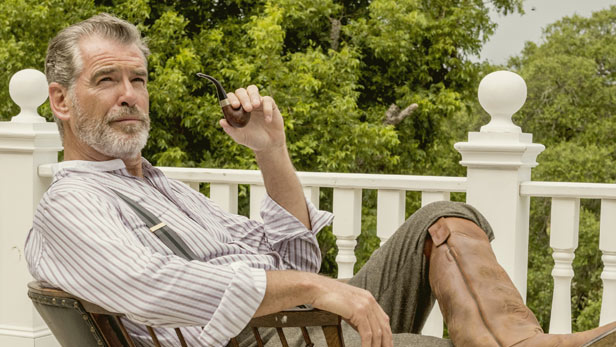 He is very laid back, very warm and very open. He takes the intimidation out of it once you meet him. But once you start filming, he has the capacity to turn it on. He turns on many layers at any time and it makes it very exciting.

When you stand opposite him in a scene, he’s very spontaneous, he’s very in the moment and his choices are bold and strong, which makes for very exciting performances. It’s a performance of many layers, he brings a lot of humour to it, which is a great stroke.

Why do you think Texas has inspired so many great films and TV shows.

The mythology of the cowboy and the history of America is a very small period of time, but its influence is huge and it is glamourized. What America is today, comes from what happened in Texas. The American dream and mythologies come from what happened on the frontier and this idea that there’s an incredible piece of land that is lush like a garden of Eden. And if you’re brave enough, work hard enough you can go there, acquire land and build a legacy and something to live for, which is what Eli does on the show.

The show is very honest in its portrayal of what happened during that period of American history isn’t it? 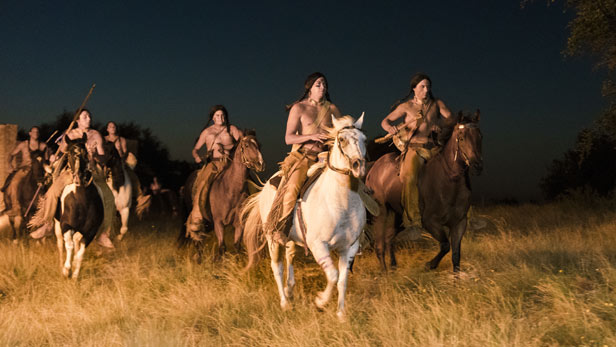 What’s not talked about so much is that this land wasn’t just empty land before, people lived on it. It’s a part of American history that might be an uncomfortable conversation for some people, but The Son doesn’t shy away from that. We show what really happened. There are no good guys and bad guys, it’s just people fighting for survival and there’s conflict.

I hope The Son is an intelligent conversation for people to engage with.

How was it filming in the Texas heat?

The heat was a huge challenge, but it was a blessing as well, because it gave you something to work with as well. To try imagine that in a colder climate would have been trickier. To step out of your trailer and be sweating at 9am, you could really feel it like Pete would have done.

Working in Texas was a great experience, the landscape, nature and environment are incredible and I went there for a month before shooting and hung out with the writer Philipp Meyer. He took me around all the historical sites that are mentioned in the show and the book and he taught me all the skills that Pete would have needed and used; how to shoot a gun, tracking animals and horse-riding. It was an incredible way of experiencing Texas and a life changing one for me.

We heard Philipp Meyer was very hands on with the actors? 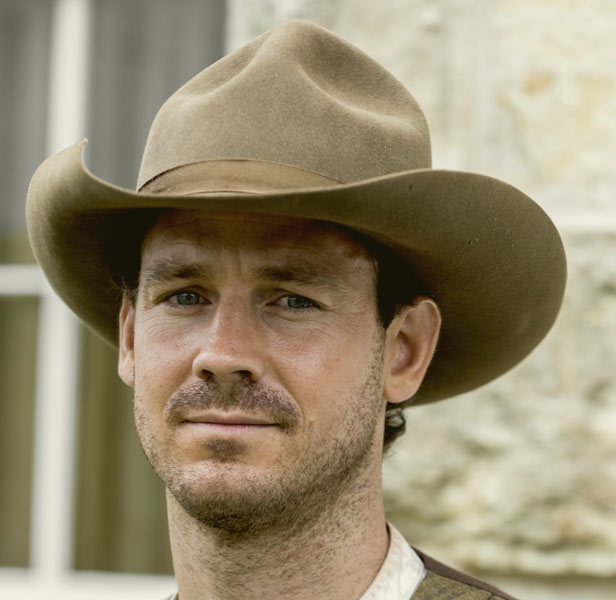 He took me to the gun range and going every other day, shooting hundreds and thousands of rounds. He had so much information and knowledge to share. And morally having him on the set was a great boost, because we had such a huge respect for the book.

Seeing his enthusiasm for the show was incredible and a real inspiration for everyone.

Did you steal any amazing props or items from the set?

I didn’t unfortunately, I guess because we had such respect for the props. But actually, I did manage to acquire a few knives that were gifted to me by people on the set. They were these incredible antiques knives.

Watch the UK premiere of The Son, Tuesday, April 18th at 9pm on AMC - exclusive to BT customers.

[Read more: Meet the cast of AMC's The Son]