Who is Love Island narrator Iain Stirling? All you need to know about the stand-up comic

We round up everything you need to know about the wisecracking Scottish narrator of the ITV2 summer reality show.

Love Island is back on our TV screens for a fourth series. Iain Stirling has been the popular ITV2 reality dating show’s narrator since 2015 and viewers love him for his funny one-liners and entertaining observations. But who is he, and where else might you have seen him?

Who is Iain Stirling?

Iain Andrew Stirling is a Scottish comedian, writer and television presenter from Edinburgh. He began doing stand-up during his final year studying Law at the University of Edinburgh. Iain is now a regular on the UK comedy circuit.

What else has Iain Stirling worked on?

In August 2009, Iain performed in the final of the Chortle Student Comedian Of The Year at the Edinburgh Fringe Festival, finishing runner-up to winner Joe Lycett.

Stirling has worked on a number of CBBC shows including Scoop, Help! My Supply Teacher's Magic and 12 Again. He was nominated for a Bafta in 2014 for Best Children's Presenter for hosting the programme The Dog Ate My Homework.
Since October 2012, he has toured with Russell Kane as a warm-up act. 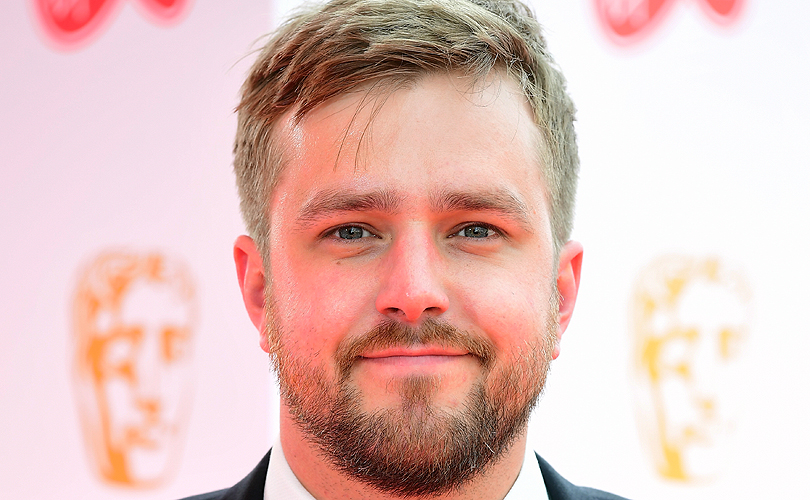 In 2016, Stirling won a Bafta for Best Children’s Presenter. He also starred in Comedy Central series Drunk History. He occasionally appears as a TV and film reporter on ITV's weekend morning show Weekend. He also presented CelebAbility, a six-part entertainment series for ITV2.

Once he's returned from Love Island, Stirling will be going on tour with his live stand-up show. Find out more about dates and tickets.

Does Stirling get to go to Majorca too?

Like the contestants, crew and presenter Caroline Flack, Stirling also gets to spend a couple of months in the Spanish sun.

While Love Island is on air, Stirling starts work at 2pm every day and watches an edited version of the show — which is almost always what audiences will be watching that evening. Stirling told The Sun: “I show up, watch the show, think of some funny things to say and then speak over people having sex with each other.

“I get to go to Majorca for six weeks and chill. I never thought my life would come to this but it has. It’s brilliant. I really enjoy it.”

Stirling admitted to The Sun that he’s pleased narrating sex all year isn’t his only job. He added: “It’s good to have the mix of stand-up and kids TV – I couldn’t narrate sex every day."

Where can you see Iain Stirling next?

Iain Stirling’s first book Not Ready To Adult Yet will be published through HarperCollins on the 23rd August. Looking back at his journey to adulthood, he explores why millennials are the way they are and whether that makes us self-obsessed, work-shy, mollycoddled, egomaniacs; or just a misunderstood generation with a crippling fear of failure.

A weekly podcast hosted by Iain chatting around themes of the book with friends, fellow comics and his Mum launches later this week.

The news arrives ahead of Iain returning to voice the fourth series of ITV2’s smash-hit BAFTA-winning Love Island, kick-starting tonight at 9pm, alongside hosting a second series of physical comedy entertainment show CelebAbility this summer.

Following recording in Mallorca, Iain is set to head home to the Edinburgh Festival Fringe to present three special nights of Iain (Stirling) Does Jokes (With Pals) at the EICC. From the 22nd – 24th August at 10pm, the showcase will feature thirty of the festival’s best comedians.

He’ll then hit the road for the second, and final, tour extension of his critically-acclaimed stand-up hour U Ok Hun?x, where he explores the pressures stemming from a world of instant gratification. After selling out the entire Edinburgh Fringe run in advance of it opening with this show last year, Iain has further lengthened the 51-date tour with 24 shows from 7th September to the 2nd December.

Iain’s intuitive razor-sharp humour has seen him sell out 6 shows at the Edinburgh Festival Fringe to date and amass numerous television credits, with recent appearances including: providing the live voiceover on BAFTA (BBC One), The Jonathan Ross Show (ITV), Celebrity Juice (ITV2), Saturday Kitchen (BBC One), Stand Up Central With Rob Delaney (Comedy Central) and Unspun With Matt Forde (Dave).

Tickets for the Edinburgh Festival Fringe and tour extension are available through Iain’s website.

The book, Not Ready To Adult Yet is available to pre-order on Amazon now.

The podcast, Not Ready To Adult Yet will be available through iTunes.

Iain Stirling tour - where is he playing and when