Close: Why Noomi Rapace’s bodyguard action thriller is your next Netflix must-watch

Forget Richard Madden's brooding BBC hero, Sam Carlson is the only bodyguard you need in your life in 2019. Writer and director Vicky Jewson shares the inspiration behind Close.

"Women in action, they're always superheroes or they’re in leather and heels," says writer and director Vicky Jewson, explaining the inspiration for her new Netflix film Close.

Her nailbiting kidnap drama turns those clichés on their head, as two female leads throwing all the punches in this murky, violent and bloody movie.

Starring Noomi Rapace as Sam Carlson, a bodyguard and counter-terrorist expert, and Sophie Nélisse as young heiress Zoe Tanner who requires a babysitter, the white-knuckle thriller rips up the action rule book.

After a failed violent kidnapping, the two women go on the run and will have to take lives to save their own in an adrenaline-pumping fight for survival.

Here are five reasons Close is your next Netflix must-watch...

It's based on a real female bodyguard 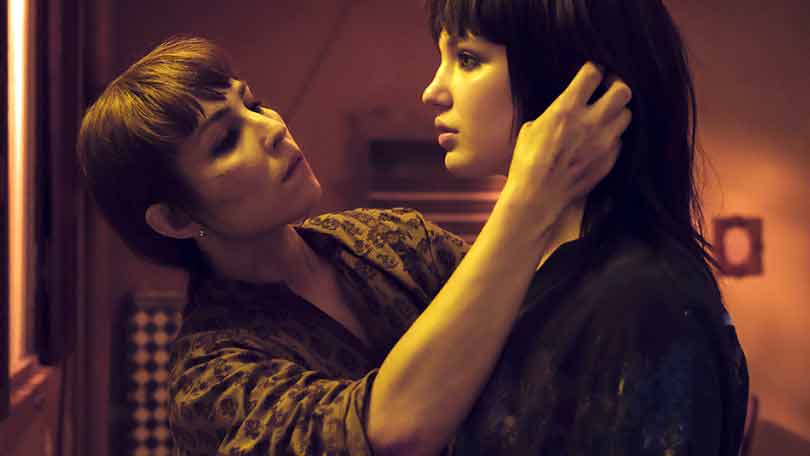 "I had an idea of doing a film about female bodyguards,” said Jewson. "I was really interested in making a film about a woman in the action genre, based on them being in a real job. I’d been researching jobs that were dangerous and unusual for women to have. That was when I discovered Jacquie [Davis, the UK's first female bodyguard] and I met with her – that did then inspire everything else from then on.

"She gave me this incredible insight into her world. It’s not just VIP work, it’s child rescue, it’s hostage rescue and under cover surveillance. I just thought, ‘Wow, this woman is like a walking movie’. That tied in with what we wanted to create.

"She has a book, The Circuit, and she has had talks about films before. She had talks with Disney and the BBC, but I think that was back in the 90s, when the book came out. The problem she had was that this story is about her and I think taking that story to Hollywood it was hard for her to find people not being disrespectful. She wanted people she could trust to tell her story and create this character."

It would be more comforting to believe the events in Close were all from Vicky Jewson’s imagination, but apparently this high-stakes criminal world really exists – but it's all hidden from the front pages of the newspapers.

"Jacquie told us a lot about corporate ransom,” said Jewson. “When I was chatting with her, she said, 'Oh I had a corporate ransom near where you live a couple of weeks ago?’ I said, ‘Really? I didn’t read or hear about that?’ But it’s all done behind closed doors, very deliberately and we never hear about it. It’s a different world we never know about. I find it fascinating.

"She’s done crazy stuff. She protected a Russian kid for six months from assassins because Putin was after his father. He owed him a very large sum of money, so he came after his kid, and she had to protect him all around Europe."

The action pulls no punches 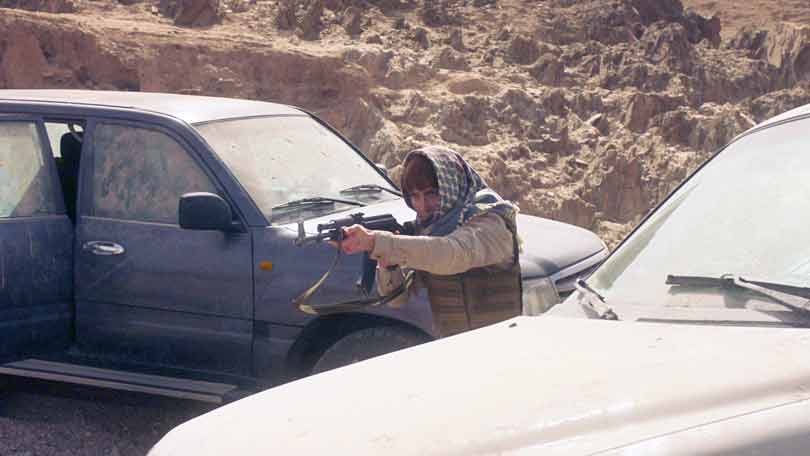 How did Jewson capture the brutal and bloody fight sequences with Noomi and Sophie and make them feel so raw and organic?

"I wanted to see people bleed, I wanted it to be brutal, I wanted it to be ugly. The scene that always sticks out for me is in True Romance," said Jewson. "The scene where she [Alabama, played by Patricia Arquette] is fighting for life in the bathroom. It is just so brutal.

"We had Julian Spencer, who is Danny Boyle’s fight co-ordinator, and he has this spontaneous, raw vibe. The way that he works, he gives the actors a toolkit of moves, trains them, but then he says, ‘I’ve got two guys out the back and they’re going to come in and attack you. You will be safe, but I want to see what you can do'.

"That is the only way you can really bring that sense of reality to these scenes. On the day, it was much easier, because we knew it would work."

It puts Bodyguard in the shade 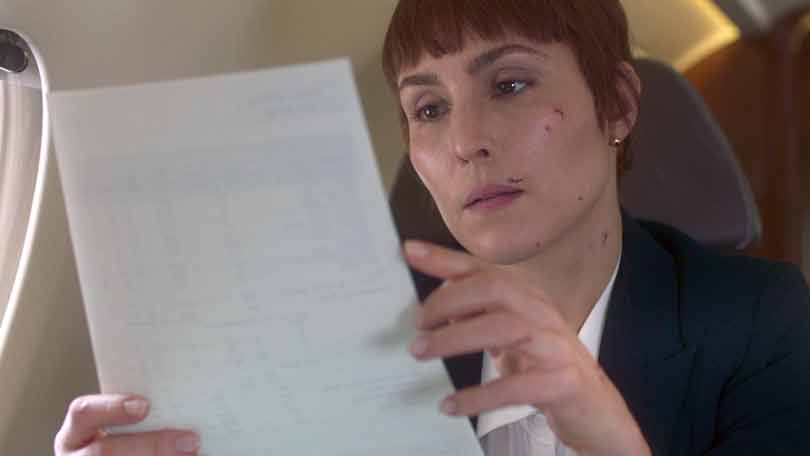 For all the excitement about the BBC drama, it ultimately boiled down to a very traditional male flawed-hero storyline.

"I didn’t know it was coming so it was quite a surprise and I did watch it out of interest," said Jewson.

"Everything we heard learned about the bodyguard world, I was intrigued to see if it was in there.

"Obviously, it’s a very different story. It's about a man and a woman having a relationship and in that sense it’s much more traditional. But I loved the fact that the whole country got into it, it was great. It really stirred up the public’s interest in that world."

Explaining what she wanted to achieve with Close, Jewson said: "I made this film because the movies I loved growing up were action movies and they were all male characters.

"I really want to see women in these roles, so I’m going to make these films, otherwise I won’t see them. It would be brilliant if for every male-driven action movie, there was a female one."

This is only the beginning 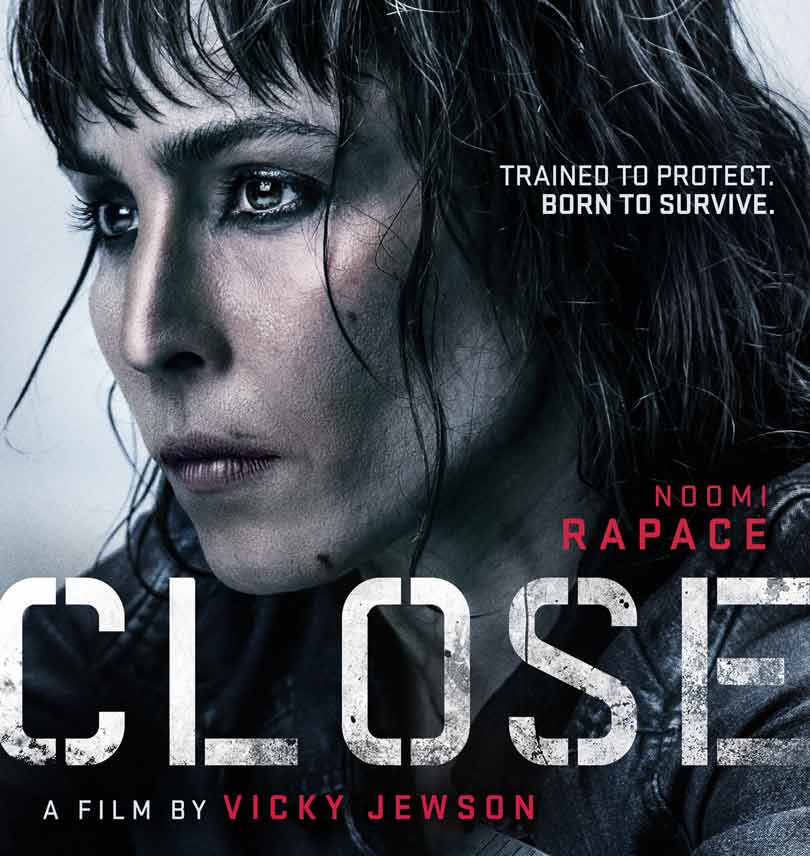 Close has the potential to be turned into a franchise series – Jacquie Davis has no shortage of stories for inspiration – and Jewson and the cast are onboard for a sequel (or two).

"A lot of people have been asking me about that and we have got lots more stories which we can take inspiration from. Noomi is up for it too," she said.

"To make more movies in this world would be great."

Close is streaming now on Netflix.