The Haunting of Hill House: Secret references, hidden ghosts and a secret code for series 2 – Everything you need to know about the Netflix horror series everyone is talking about

Find out why everyone is talking about this terrifying new series.

The Haunting of Hill House looks set to be Netflix’s biggest sleeper hit of 2018, doing for the horror genre what Stranger Things did for 80s nostalgia.

The adaptation of Shirley Jackson’s classic novel has generated the sort of buzz usually reserved for classic horror films – with news stories about viewers reaching for the sick bucket and unable to sleep at night - rigid with fear after witnessing ‘The Bent-Neck Lady’ or the contents of The Red Room.

Don’t get us wrong, Mike Flanagan delivers more terrifying moments than the sight of your bank balance at the end of the month. However, it is the dark psychological family drama that is the beating heart of this series.

The biggest ghosts in HOHH are not the boogeymen and monsters lurking within the basements and locked rooms in the “most haunted house in America”. The real chills are the paranoias, mental trauma and secrets that wrecks families and haunt us for a lifetime.

Switching between two timelines – the 90s and the present day – the series tracks the lives of five siblings, Steven, Shirley, Theo and twins Luke and Nell.

Haunted by their time living in Hill House and an unseen event involving their mother, the series flashes backwards and forwards to reveal how these five adults are unable to escape the horrific events of their childhood.

Watch this if you liked…. 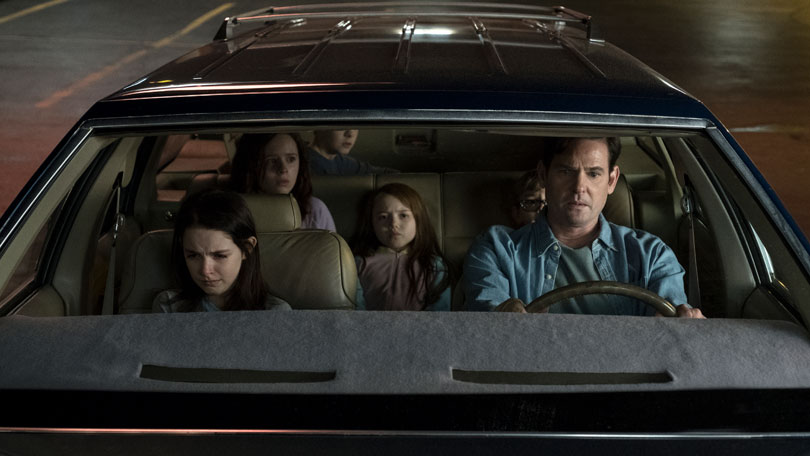 Why The Haunting of Hill House is a must-watch

1. It even spooked Stephen King

When it comes to gothic horror, you don’t get a much better seal of approval than a double thumbs up from Stephen King.

The godfather of modern screen horror, King’s appreciation for the updated Haunting of Hill House has brought more eyeballs to the series.

THE HAUNTING OF HILL HOUSE, revised and remodeled by Mike Flanagan. I don't usually care for this kind of revisionism, but this is great. Close to a work of genius, really. I think Shirley Jackson would approve, but who knows for sure.

Some day I’ll figure out how to react things like this without shrieking like a little kid... but today is not that day. https://t.co/Qrd0lnUdiY

And it’s fair to say Mike Flanagan was pretty pleased with King’s comments.

2. Secret Easter Eggs for Doctor Who, E.T and more… 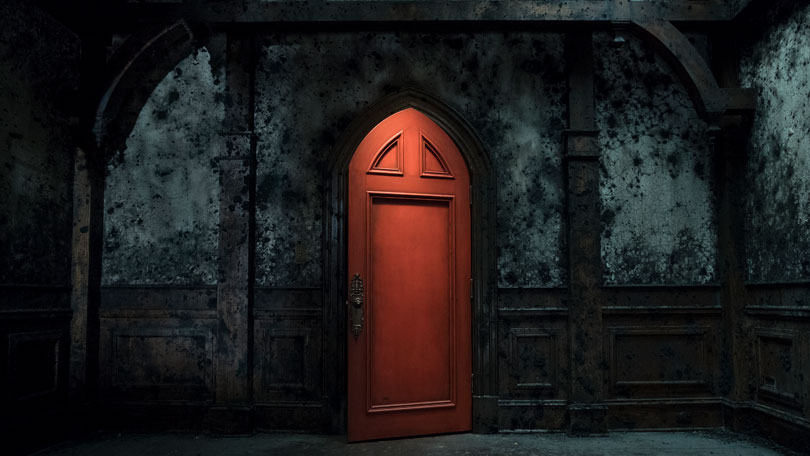 Director Mike Flanagan is a pop culture fanatic and he doesn’t disappoint with some neat references that only the most eagle-eyed viewers will spot first time around.

A massive Whovian, Flanagan throws in a classic Doctor Who quote from the Matt Smith era (“We’re all stories in the end”) in the second episode ‘Open Casket’.

And in a little nod to the casting of E.T. star Henry Thomas as the young version of Hugh Crain, Flanagan includes an ET lunchbox. You can see the merchandise on the floor of the treehouse that Luke Crain uses for drawing his creepy pictures. 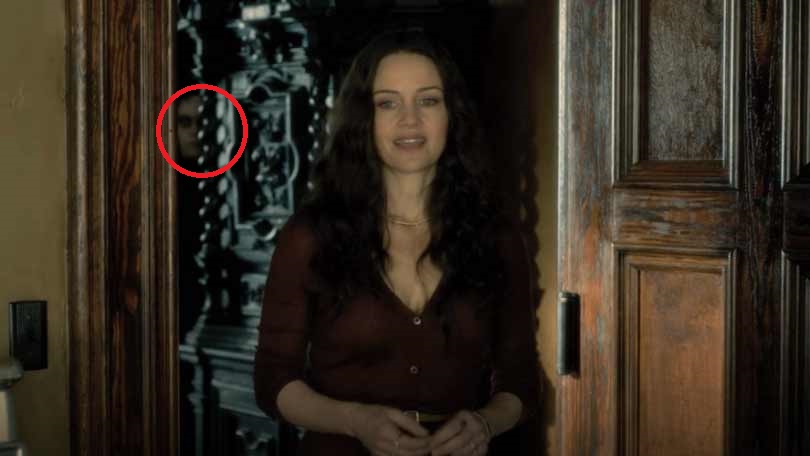 If you watch The Haunting of Hill House and worry that you are seeing things – don’t worry, you are!

Hidden in the background of numerous scenes are spooky ghouls and frightening spectres, which flicker and vanish in the blink of an eye.

How many creepy cameos can you spot?

4. The ending features clues about series 2 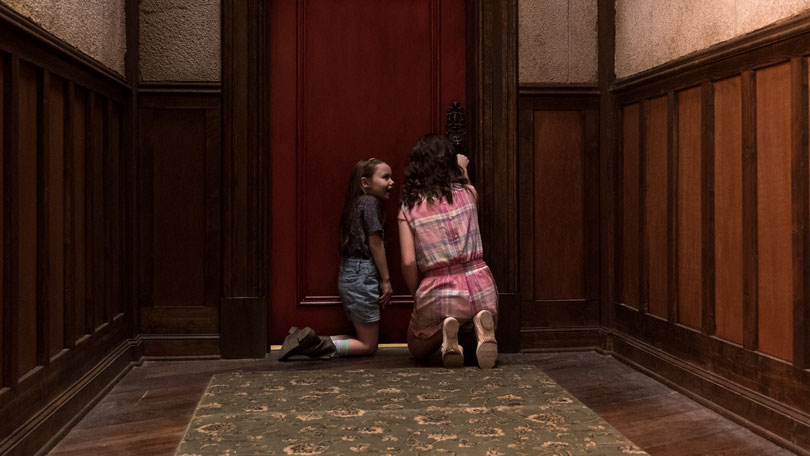 Despite being based on a single book, Netflix will almost certainly be booking in a return trip to Hill House and Mike Flanagan may already have started planning for the second series with some clues left scattered in the finale.

Oliver Jackson-Cohen, who plays Luke, told Digital Spy: "There's a couple of Easter eggs at the end that allow it to return.”

"But they're very, very slight, they're not so obvious. Again it's [writer] Mike [Flanagan] being a genius. There's something in the background somewhere.

"It probably feels like it closed a book but if you look closer it's very much not closed."

Michiel Huisman, who plays Steven, added: "It's also part of what explains a little bit of what has been happening to everyone that lived in that house for all those years. It sort of explains the power of the house."

5. We don’t want to scare you, but it is based on a true story 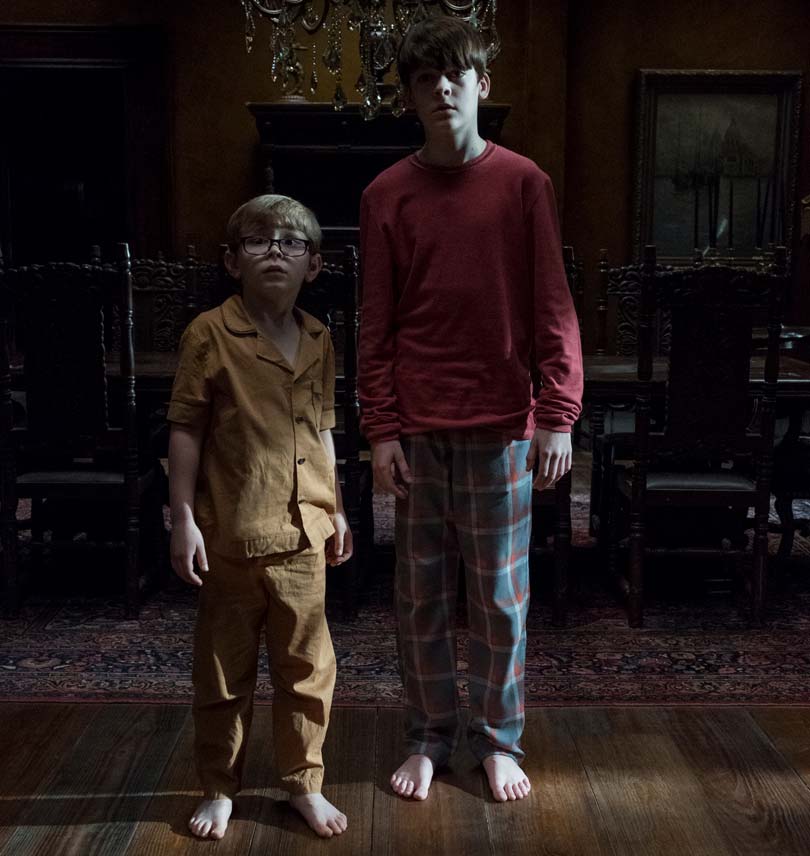 Apologies in advance to your sleeping pattern, but the original HOHH story is actually based on the famous Moberly-Jourdain incident.

In 1911 Charlotte Anne Moberly and Eleanor Jourdain went on  a trip to the Palace of Versaille, where they claimed to have time-travelled and witnessed ghostly events prompting outrage and ridicule at the time. The pair wrote about the incident in An Adventure, which was an inspiration for Shirley Jackson’s novel.

Chilling Adventures of Sabrina, Malevolent, Six Feet Under, Lemony Snicket's A Series of Unfortunate Events, In the Flesh. 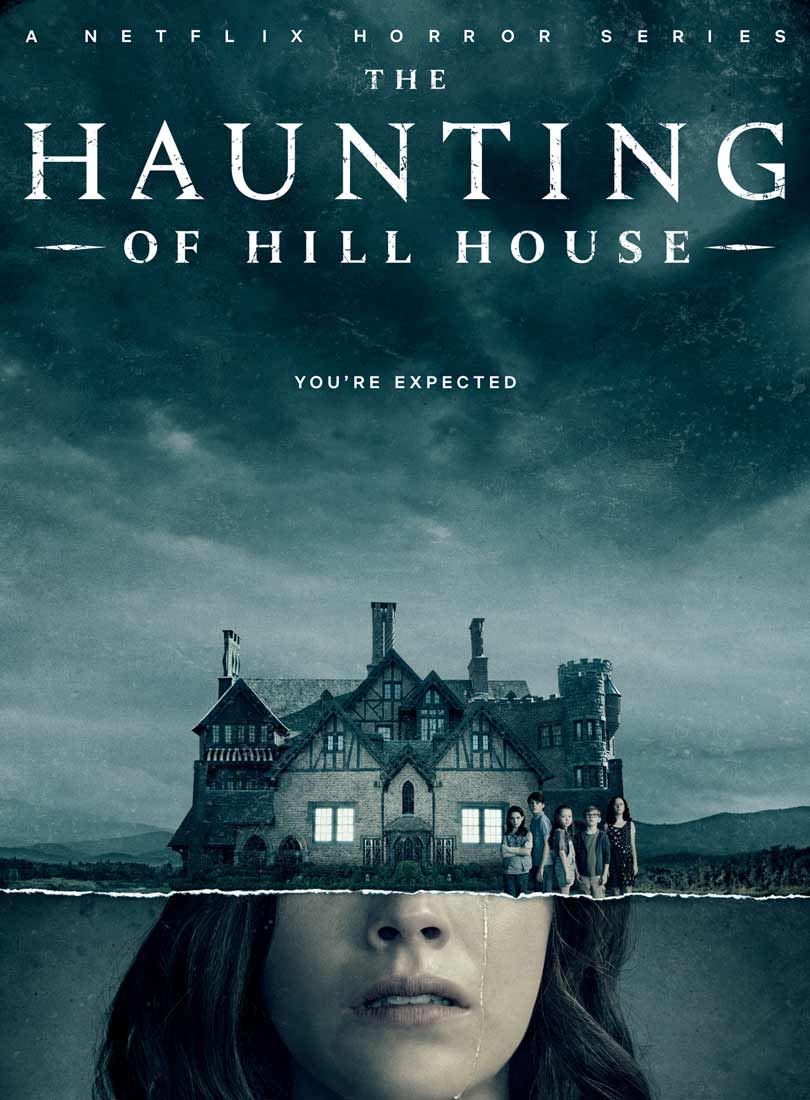 The Haunting of Hill House is streaming now – exclusively on Netflix.