The Christmas Chronicles: Why the family blockbuster from the producer of Home Alone is one for your Netflix watchlist

We reveal everything you need to know about The Christmas Chronicles and present three reasons why you should watch it.

You better watch out, you better not cry, better not pout, I'm telling you why, Santa Claus is coming to… Netflix!

We’ve had Halloween, Bonfire Night has been and gone, so it's totally acceptable to start watching Christmas films.

Big budget blockbuster The Christmas Chronicles on Netflix is at the top of our watchlist. It’s a family Christmas adventure film from producer Chris Columbus (Home Alone, Harry Potter and the Philosopher's Stone) and director Clay Kaytis (The Angry Birds Movie).

Here, we reveal everything you need to know about The Christmas Chronicles and why you should watch it.

And don’t forget, if you’re a BT TV customer, you can add Netflix to your BT package, so you’re paying for everything through one simple bill. It’s so easy to do it here.

When can I watch it?

The Christmas Chronicles is available to stream on Netflix globally from Thursday, November 22.

What is The Christmas Chronicles about? 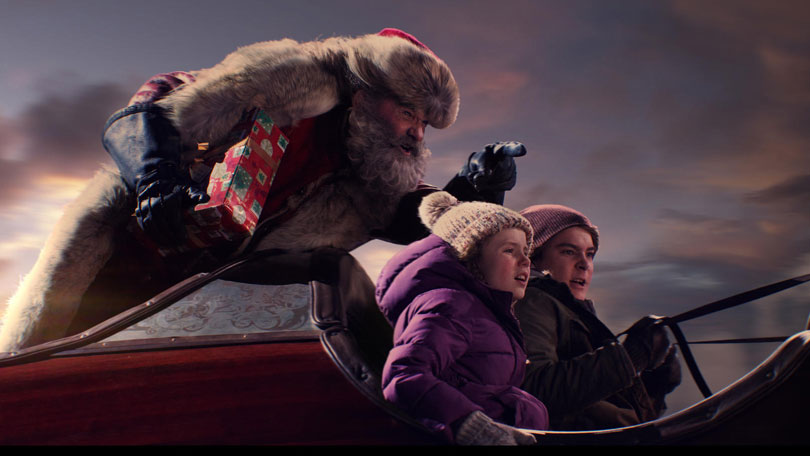 The Christmas Chronicles tells the story of Kate and Teddy Pierce, a brother and sister duo whose Christmas Eve plan to catch Santa Claus (Kurt Russell) on camera turns into an unexpected journey that most kids could only dream about.

After staking out Santa’s arrival, they sneak into his sleigh, cause it to crash and nearly derail Christmas. As their wild night unfolds, Kate and Teddy work together with Santa - as you've never seen him before - and his loyal Elves to save Christmas before it's too late.

Behind the scenes on The Christmas Chronicles

Let Kurt Russell introduce this special behind-the-scenes featurette about the making of The Christmas Chronicles and the festive spirit at the heart of the movie.

Kurt Russell (The Hateful Eight, Guardians of the Galaxy: Vol. 2) is the big guy, Santa Claus, who’s trying to save Christmas. 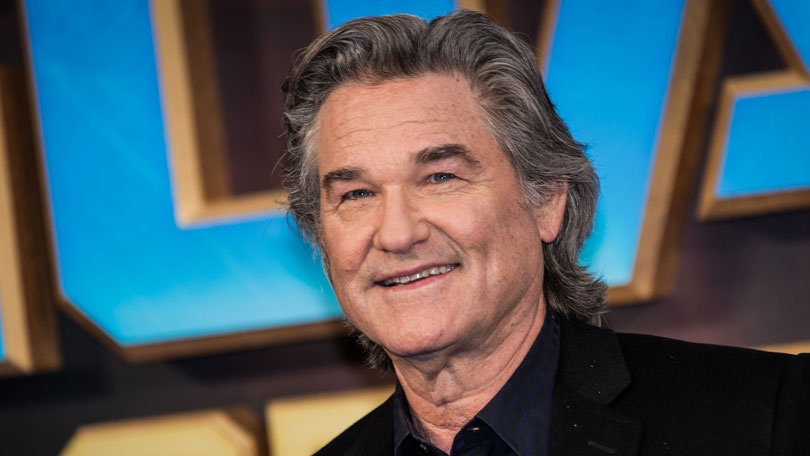 Darby Camp (best known for her role as one of Reese Witherspoon’s daughters in HBO series Big Little Lies) is Kate Pierce, a Santa enthusiast who wants to catch him on camera. 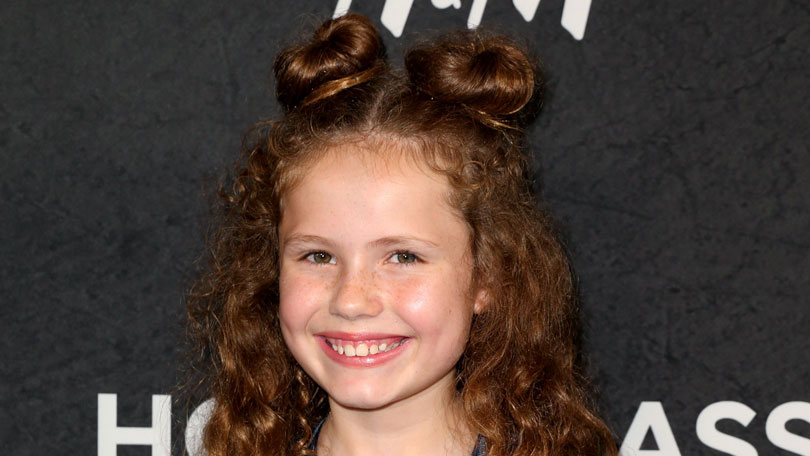 Judah Lewis (who’s had roles in movies including Demolition and The Babysitter) is Kate’s big brother and Santa non-believer, Teddy Pierce. 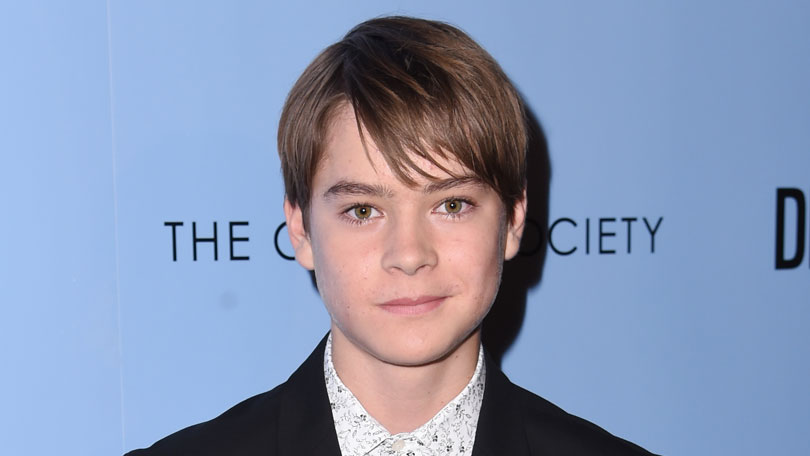 The film also stars Kimberly Williams-Paisley (Father of the Bride, Two and a Half Men) as the kids’ mum, Claire, Oliver Hudson (Scream Queens) as their dad, Doug, and Lamorne Morris (Winston in New Girl) as a police officer.

[Read more: What to watch on Netflix this month]

Some exterior shots for the film were shot in Toronto, Canada, in January 2018, with Russell spotted in full costume while riding on the roof of a bright red sports car. One scene in particular starring Russell was filmed outside the St James Gate Irish pub on Dundas Street in Toronto.

There sure is! Watch this official trailer for The Christmas Chronicles and get excited for the festive season:

You'll love The Christmas Chronicles if you liked…

The Harry Potter films, the Home Alone films, The Angry Birds Movie, Frozen, The Santa Clause, any Christmas film ever. 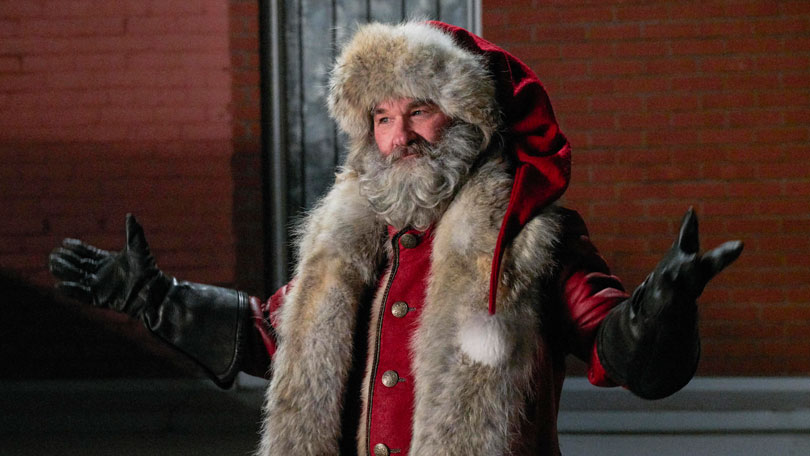 Tim Allen, Tom Hanks, John Goodman, Richard Attenborough… there have been many depictions of Saint Nick over the years, but have any of them contemplated calling an Uber when their sleigh gets destroyed?

Russell kicks off the trailer with: “Let’s get this party started”, signalling the rip-roaring fun Christmas fest that lies ahead.

Russell commits to the role completely, with actress Darby Camp confirming to People.com that his beard is “like 80% real”.

Director Clay Kaytis says of Kurt’s portrayal as Mr Claus: "No one is better suited than Kurt Russell to bring our version of a rugged, charismatic and hilarious Santa Claus to life.

“From our first meeting, he completely threw himself into this iconic role - and grew an impressive beard in the process.

“It has been a dream come true to work with Kurt in creating what I believe will be the new definition of Santa Claus for generations to come."

Producer Chris Columbus added: “Kurt is the definitive Santa Claus. Charismatic, tough when needed with a wicked sense of humour.

“We’re really excited for audiences to see his performance onscreen and hope The Christmas Chronicles becomes a timeless classic.”

2. It’s by the team behind the definitive Christmas movie, Home Alone

You only have to Google ‘best Christmas films’ for Home Alone to appear near, if not at the top, of many lists.

The 1990 family Christmas film starring Macaulay Culkin as eight-year-old troublemaker Kevin McCallister - “KEVINNNNN!” - is a staple movie in many a household.

Luckily for Christmas film purists, Home Alone and Home Alone 2: Lost in New York director Chris Columbus is one of the producers of The Christmas Chronicles. He also directed the first two Harry Potter films.

3. It’s just one of Netflix’s brand new Christmas films for 2018

Watch a sneak peek of Christmas on Netflix above.

Netflix is getting in on the action by releasing The Christmas Chronicles on November 22, but there’s also:

It's time to get the novelty socks, Christmas jumpers and Santa-print bedding out, people, because the holidays are coming.