The Witcher: What is the new Netflix series? Who stars in it? All you need to know

If there's a Game of Thrones-shaped hole in your TV schedule, help is at hand as fantasy adventure The Witcher comes to Netflix with British actor Henry Cavill leading the cast.

If the end of Game of Thrones has left a gaping hole in your TV schedule, look to Netflix for a worthy new replacement.

The Witcher, a fantasy adventure series based on the best-selling books of the same name, is about to launch – here’s all you need to know.

When is The Witcher on TV?

The Witcher is streaming now on Netflix.

There are eight episodes in season one.

What is The Witcher about?

Monster slayer Geralt of Rivia is a solitary hunter who is struggling to find his place in the world.

He often finds the humans he encounters more wicked than the beasts he tracks, until a chance meeting with two new allies.

Destiny throws him into the path of a powerful sorceress and a princess with a dangerous secret, and together the three must learn to navigate the increasingly volatile continent.

Expect plenty of monsters, action scenes and adventure as the trio struggle to escape enemies and find a way of existing in their often-hostile world.

The series is based on the books by Polish writer Andrzej Sapkowski which spanned the 90s, with the most recent one published in 2013.

His books are best-sellers and a cult hit, with adaptations into a graphic novel series, a film and spin-off TV series called The Hexer, and video games.

But the team behind the new series should beware of straying too far from their source material, as Sapkowski didn’t mince his words when asked for his views on the early noughties Hexer efforts.

He said: "I can answer only with a single word, an obscene, albeit a short one."

The day has come! Witcher Family, it's time to cheer.
These "episodes" you speak of are finally here. #TheWitcher is now streaming on @netflix. pic.twitter.com/koo3Zl0vKr

Yes, the series launched at San Diego Comic Con in July with a first look at what's to come for viewers.

Get an idea of what The Witcher will look like with this trailer.

Heading up the cast as Geralt of Rivia is Henry Cavill, who’s had plenty of experience in the world of adventures as Superman.

Cavill will be joined by Anya Chalotra (The ABC Murders) as Yennefer and Freya Allan (The War of the Worlds) as Ciri, making up the main trio. 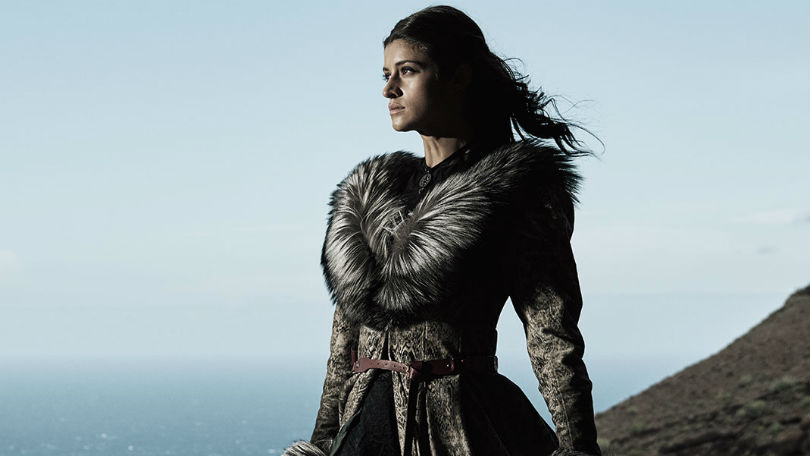 ALERT: here is everything you need to know about The Witcher in 60 seconds. It comes out at midnight PST so...please prepare accordingly pic.twitter.com/S41sydxA3T

Understand the world of The Witcher

Henry Cavill leads the cast of The Witcher saga, playing the role of Geralt of Rivia.  Anya Chalotra is Yennefer and Freya Allan plays as Ciri.  Here is everything you need to know about these three key characters...

Will there be a season 2?

There's no need to worry about the story being left incomplete. A second season was given the green light by Netflix before the first was even released.

However, there will be a little wait for the next eight episodes.

Showrunner Lauren Schmidt Hissrich said: "I am so excited that before viewers dive into season one, we are already able to confirm that we’ll be returning to The Continent again to continue telling the stories of Geralt, Yennefer and Ciri, and to showcase more of the amazing work that our cast and crew have delivered."

The second season will begin production in London early in 2020, for a planned debut in 2021.

Key cast including Henry Cavill as Geralt of Rivia, Anya Chalotra as Yennefer, and Freya Allan as Ciri, will all return for the sophomore season