The BBC presenter reveals his fears, his unusual training regime and looks back at his week one tango.

The BBC presenter reveals his fears, his unusual training regime and looks back at his week one tango.

BBC presenter Ore Orduba and his professiona dancer partner Joanne Clifton were one of the surprisie packages of Strictly Come Dancing week one.

The duo’s firecracker tango to Geronimo kickstarted the first live show of the series and helped them achieve a strong score of 27 from the judges.

BT.com got an exclusive chat with the pair to find out what it was really like behind the scenes and in training for the first show. 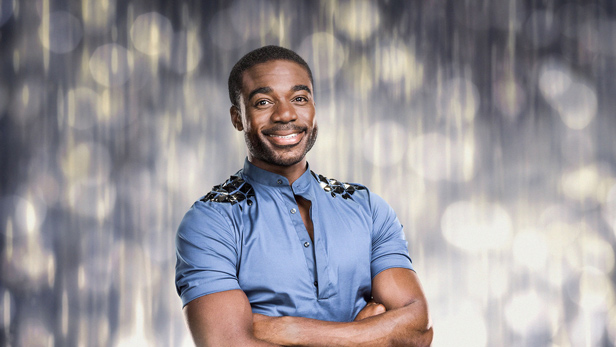 “What I was happy with, actually on the night, under pressure, that was the best dance he’s done,” said Joanne. “He performs well under pressure which is great.”

“I went into a strange mode, I was definitely nervous on the night, but about 10 mins before we did the dance I knew nerves were no good,” confessed the BBC Sport anchor.

“I just had this ‘go for it attitude’ and thankfully it worked. I was a bit of a shivering wreck earlier on in that day though.”

Speaking about his intense training regime, Oduba laughed that his only injury came off the dancefloor.

“The only injury I sustained was three days ago when we went bowling, and I clubbed a ball into my heel somehow, with my own foot,” he laughed.

“I was incorporating my dance moves into bowling, which didn't really cross over that well. That was as dangerous as this whole dancing thing has got.”

His body is already feeling a positive impact from his Strictly experience and the TV star is “using muscles that I didn't even know existed”.

“I feel like a zombie right now. I have a quick shower and a warm up and get straight back into it. I haven't yet - this may change - I haven't yet woken up in the morning and gone, oh no I'm dancing,” he said. 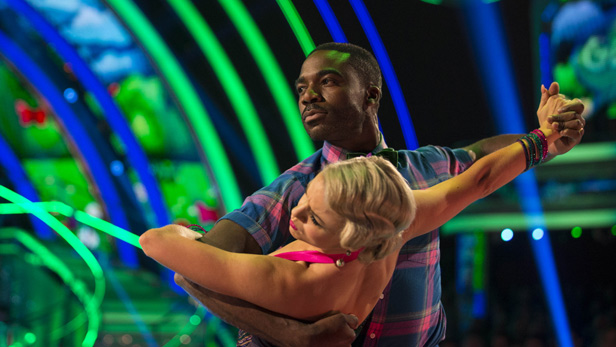 “I've gone, oh my goodness me, I'm getting to dance again. A spring in my step.  Litreally every morning I'm so excited to be getting back in this training room with her.”

Despite being used to the pressure of live TV, Ore claims that he finds the show incredibly nerve-wracking and a “scary prospect”. And his biggest fear? Landing on top of the front row  in the audience.

“We're out there on the studio floor live in front of millions of people watching at home, and the proximity of the audience - because they are right there - one little step off and you could find yourself in the front row,” said Ore.

One thing that doesn’t scare Ore is facing the wrath of Len, Bruno, Craig and Darcey and he admits he’s actually quite looking forward to meeting the judges every week.

“I'm almost in a way looking forward to getting judged, getting it over with, because it's going to be the weirdest thing.

“To be critiqued and to be constructively critiqued because they do want to help you get better, it will be really nice to have those four talking to me... it will help me become a better dancer. 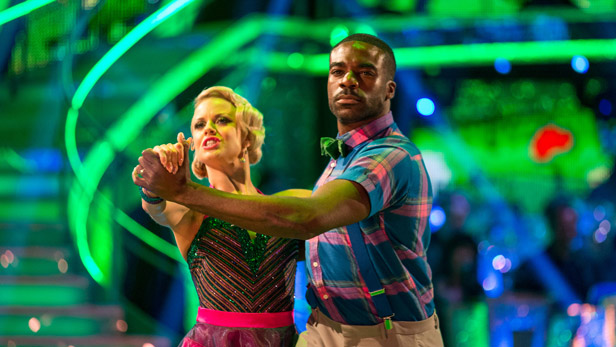 “I am bracing myself for that minute where we finish the dance,  Jo and I embrace, look at them and go here we go are you ready, the storm is coming.”

Joanne Clifton missed out being a pro dancer in 2015 and was only involved with spinoff show It Takes Two.

Speaking about her feelings returning to the BBC One show, she said:  “I was so excited when they told me I was getting a partner. Though I did enjoy my series last year, doing all the things on It Takes Two and critiquing the other couples. Especially when it came round to [my brother] Kevin!

“But I was so excited just to get a partner, and I had my eye on Ore because I'd seen him dancing with the others and I thought, ‘that guy's talented’. That guy's a potential finalist. I want him.

Ore joked: “All the girls wanted a piece of this candy!”

Strictly Come Dancing airs at 6.20pm on Saturday night and is also available on iPlayer in the Catch-Up area of the BT Player.