We speak to the former magician's assistant about her relationship with dance partner Giovanni Pernice, staying in shape and following in the Strictly footsteps of her late husband Paul Daniels.

At least that's what it looks like as she makes her way across the room to talk all things Strictly Come Dancing.

It's the first in a series of chats with her about the popular BBC One dancing show, which this weekend will see the professionals and their celebrity partners take to the dance floor at the prestigious Blackpool Tower ballroom.

At 59, McGee is the oldest celebrity competitor in this year's crop of famous faces.

Not that you'd know that by watching her on the dance floor.

So far she's waltzed all over the other competitors like Mollie King - who is 29 years her junior - and scored the first 40 of the series for her tango with Giovanni Pernice. 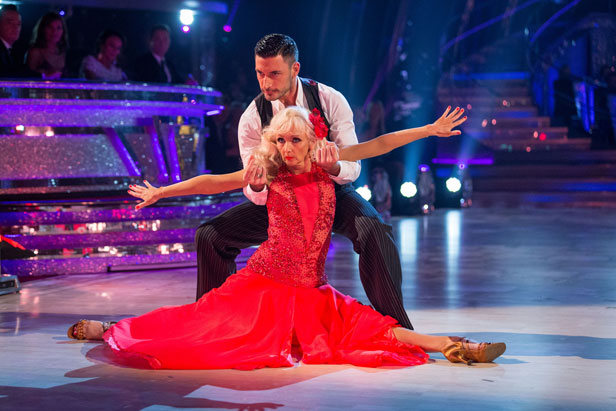 She's in phenomenal shape physically, which she puts down to a healthy lifestyle fuelled by yoga and pilates.

"Because I've always been in showbusiness and had to be on stage in slinky dresses, I've always liked eating, and the only way I can eat everything I want, is to exercise," she explains matter-of-factly.

"But I've never been a gym girl. I did go to the gym for a couple of years and it's the only time I ever got injured!"

McGee rose to fame alongside her late husband, magician Paul Daniels. The pair were married for more than 25 years until his death in March last year.

On April 1 this year, she shared a picture of them on their wedding day on Twitter, writing alongside it: "29 years ago today."

In 2010, Daniels himself donned a tuxedo and competed in Strictly, where he was partnered with Ola Jordan. He was the second celebrity to be voted off the show during that year.

"It changes week by week," she says explaining that a recent stint of publicity for a Channel 5 programme talking about her late husband stirred up memories. 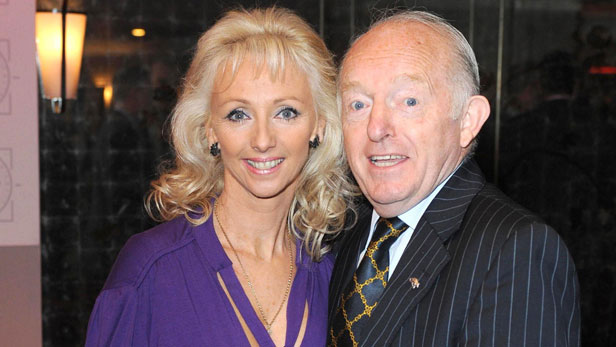 "I had a really emotional previous two weeks to this, because there was a big tribute to Paul on Channel 5 and I had to do a lot of interviews recalling Paul, and so it got to me... I know how much he would just love it.

[Read more: 15 couples who were hit by the Strictly curse]

"But because he also did the show and lots of people on the show got to know him, his presence is kind of around and I think emotionally it's got to me more than I thought it would, is how I could describe it."

Her flexibility and dancing prowess aside, McGee also grabbed headlines following her first dance on Strictly which saw her locking lips with 27-year-old Pernice as their routine ended.

Days after the kiss, McGee told ITV's This Morning that Daniels would have "loved" the kiss, adding: "And the fact that I caused, or appeared to have caused, this furore with the kiss on Saturday night... he just loved showbusiness, and that really was showbiz."
She laughs when asked about the headlines suggesting their friendship could have a romantic edge.

She explains: "We really have a close relationship. It's a special friendship... it's not a love affair, it's an incredible, deep friendship."
A few weeks later when we catch up McGee, she also brushes off any suggestion she has become the object of affection to younger admirers.

"If I have, I haven't noticed it. This programme takes over your life. I don't see anybody, I haven't been going out because it's so exhausting. Nobody knows who they are attracted to or who is going to ask you out, so I have no idea!" she says.

McGee says making it the final stages of the competition is a nice way of giving back something to the professional dancers who work tirelessly alongside them.

She said: "For all the pros, it's incredibly special to them and they've worked so hard for us that if we can get through, it's our way of paying them back. 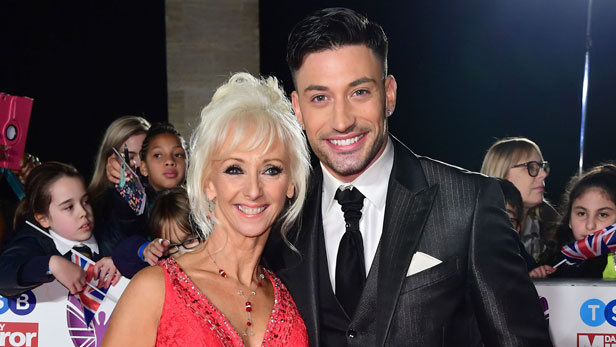 "You have to trust each other and for us as well, if you are used to performing on your own, if you go wrong it's only you. Although I worked as part of a double act for a long time, so it's a similar sort of thing, I always knew that whatever I did, Paul would cover up anyway and it didn't matter, so I had an awful lot of freedom. But on this I'm really aware that if I go wrong I am letting Giovanni down. We are teams and you can't help that feeling inside. You feel guilty."

After Strictly, there will be no slowing down for McGee.

She'll be on stage doing a Beauty and the Beast-themed pantomime at the Grand Opera House in York over the festive season.
And then there's the BBC Two programme, The Pilgrimage, that she filmed earlier this year, which saw her take on the gruelling long distance trek of the Camino de Santiago in Spain.

McGee says the adventure, which saw her and other celebrities like Men Behaving Badly's Neil Morrissey and The Reverend Kate Bottley take on the epic journey, was good practise for Strictly.

She said: "It was amazing. It kills you, but we did it the hard way. It prepared me for Strictly because we walked a hundred miles in two weeks and we stayed at the grottiest hostels, and they made us carry our rucksacks. We couldn't send the luggage ahead. It was the most amazing experience."

So far, McGee has managed the unimaginable during Strictly: she's gotten the normally stone-faced judge Craig Revel Horwood to get down on bended knee to salute her dancing, and head judge Shirley Ballas handing over her "queen of Latin crown'" to her.
But will she go on to win the Glitterball trophy and crown?

That would be magic.

Strictly Come Dancing airs on BBC One on Saturday at 18:50pm

Catch up on the latest episodes on BT TV via the BBC iPlayer app.