Strictly Come Dancing: All the victims to the show's romance curse

We look at the couples who became more than just dance partners on BBC show Strictly Come Dancing.

With days, weeks and months of getting up close and personal in the Strictly Come Dancing training room, it’s hardly surprising that so many celebrities and professional dancers end up sharing more than just a Tango.

Even before the 2019 series has got started, there's been a pro couple split and a new relationship announed between a former pairing, plus two Strictly babies and a Strictly wedding.

Here are 16 people who have fallen victim to the ballroom's forbidden romances over the years. 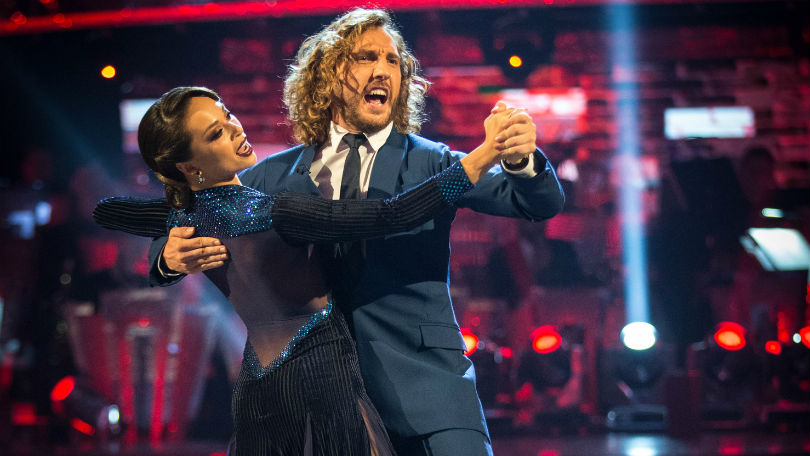 Pro dancer Kevin Clifton has had a busy romantic past, with three marriages including his most recent to fellow Strictly star Karen Clifton.

Not long before the 2018 series, the Cliftons announced that they had split. Kevin and his celebrity partner Stacey Dooley went on to win the contest, but shortly afterwards it emerged that they were dating.

Dooley’s former boyfriend Sam Tucknott gave a furious interview to The Sun at the time, calling Kevin “an absolute complete f***ing rat with no b******s”, and “a full on p***k”.

However, Dooley has always insisted that her relationship with Tucknott was over by the time she got together with Kevin.

She recently said: “You meet people at work, don't you? And have to live your life. As long as you're respectful... life is too short. You have to do what’s going to make you happy.”

There was an awkward moment at the Strictly 2019 launch show recording, when judge Craig Revel Horwood joked: “Stacey was dragged up from the dance gutter…of course, if you sleep with your dance partner, that helps.”

He later backtracked: ““I’m deeply sorry for the offence caused to Kevin and Stacey and everyone who works on the show.
“I recognise that what I said was hurtful, cruel and incredibly disrespectful. It was a huge error of judgment that I very much regret.” 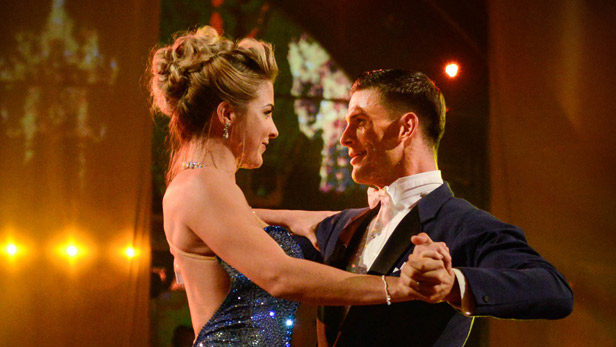 The Emmerdale and Hollyoaks soap star caused a stir in the 2017 series by starting a relationship with a pro dancer who she wasn't partnered with.

Atkinson and Gorka Marquez apparently struck up a relationship in early training, with some speculating that it could distract from their work with show partners Aljaz Skorjanec and Alexandra Burke - although critics needn't have worried, as both couples finished as runners-up behind champion Joe McFadden.

Gemma and Gorka are still together. She told the Sunday People: “With Gorka, I had six months of getting to know him as a friend, that’s what is different.

“I’ve never fallen for a friend before. For us it was a Strictly blessing. We weren’t dancing together and we were both single. No one got hurt or trampled on, no one left anybody for anybody else so it was literally a Strictly blessing for me and Gorks.”

Their love story has been a very happy one, as in July this year their first child was born, a little girl called Mia Louise.

I’m proud of many things in my life, but nothing beats being your Mum ❤️ 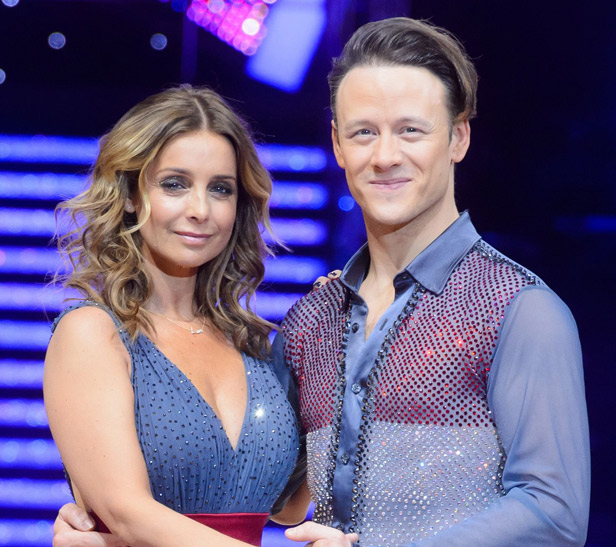 Louise and Jamie Redknapp had always seemed like a rock solid couple, but following her stint in the ballroom they divorced after 19 years of marriage.

The former Eternal singer announced that appearing in Strictly had given her the confidence to perform again, whilst Jamie is now said to be dating model Julia Restoin Roitfeld. 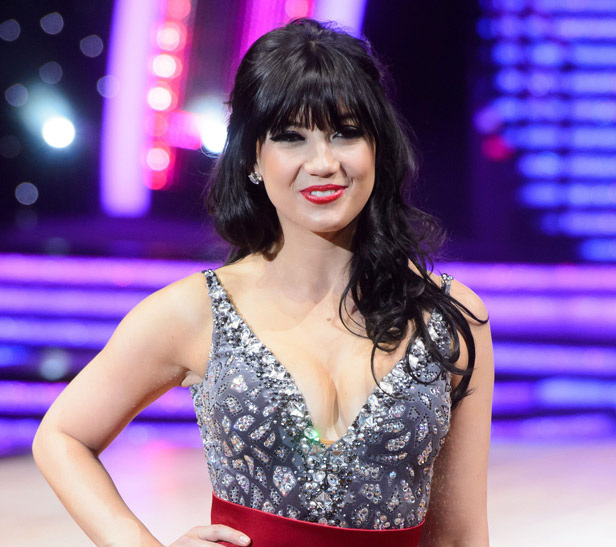 Daisy Lowe fell victim to the Strictly curse in 2016 after splitting with boyfriend Bradley 'Frankie' Wade.

The couple's short-lived relationship couldn't cope with the strain of her training schedule and they split up during her time on the show.

6. Georgia May Foote and Giovanni Pernice 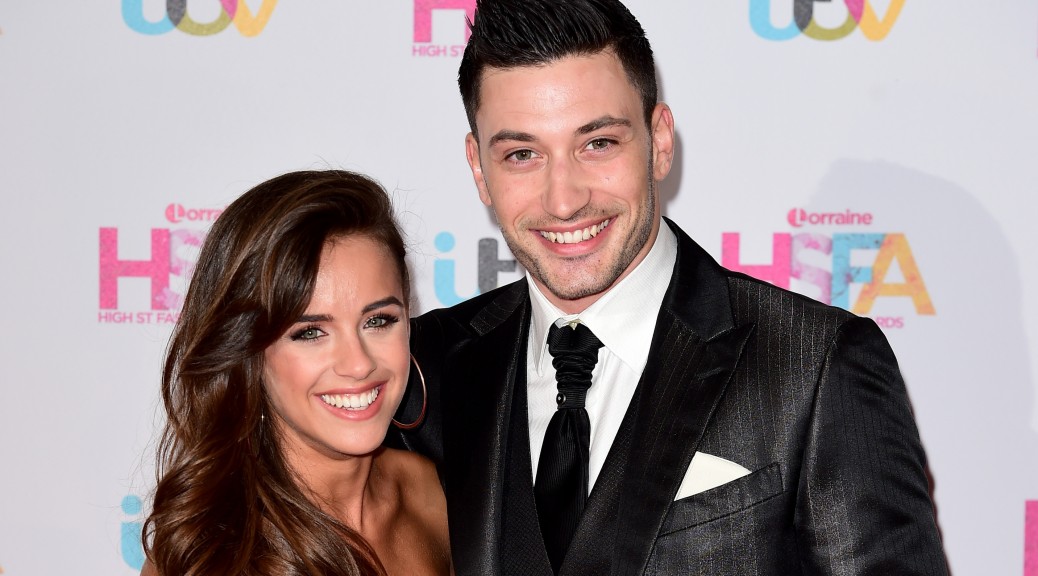 Coronation Street actress Georgia May Foote was dating fellow Corrie star Sean Ward when she was partnered with Giovanni Pernice in the 2015 series of Strictly Come Dancing.

Shortly afterwards, the pair went public with their relationship posting plenty of loved-up pictures online. However, just before the start of Strictly 2016, Georgia and Giovanni decided to call it quits.

Now, Giovanni is dating one of 2018’s finalists, Ashley Roberts – the pair didn’t dance together, but grew close during their time on the show. 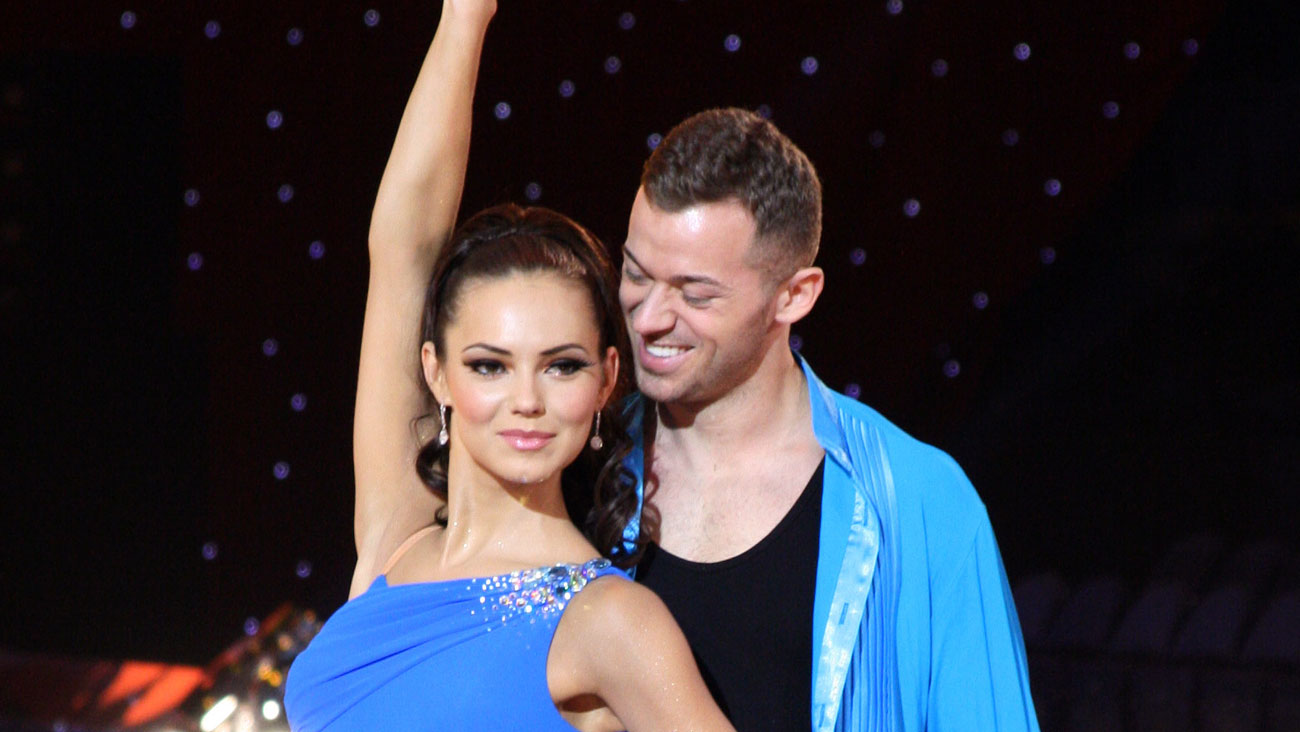 Kara Tointon and Artem Chigvintsev were one of Strictly’s hottest pairings when they were put together in 2010. Their chemistry – especially when lifting the Glitterball trophy as champions – was palpable.

They quickly confirmed a romance after the end of the show and were together for four years until splitting in 2014, partly due to Artem’s visa problems that had kept the pair apart.

Former Hollyoaks actress Ali Bastian and Strictly professional Brian Fortuna began dating when they were partnered together on the show in 2009.

However, the pair split up a year later when their romance fizzled out. 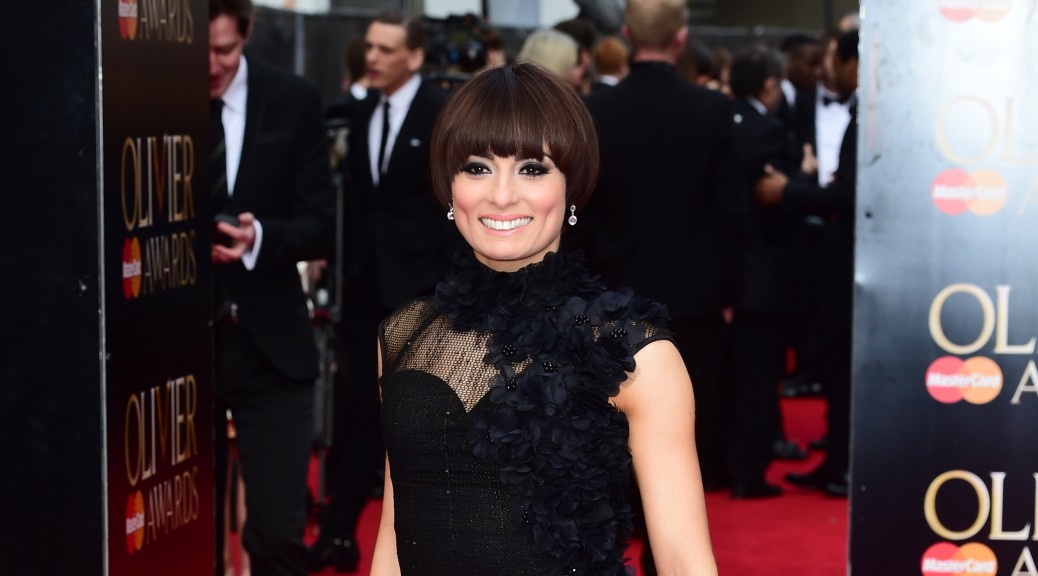 This was one of the messiest Strictly romances, and it involved EastEnders actor Matt Di Angelo and Flavia Cacace in 2007.

When the couple were partnered together, Flavia had been dating fellow professional Vincent Simone for 11 years. However, she soon left him for Matt, who was only 19 years old at the time.

Speaking about the romance years later, Matt said: “It was a pretty crazy time. It was front page news. The funny thing was the story did not start off as true, but the more you read it, the more you started to believe it and actually act on it.”

The story got even more complicated when Flavia left Matt in 2010 for her new celebrity partner, Jimi Mistry…

Weeks after announcing that she had broken up with Matt Di Angelo, Flavia Cacace revealed that she was dating former Coronation Street actor and new celebrity dance partner Jimi Mistry in 2010.

The pair's romance has been one of Strictly's more enduring love stories, and they wed in December 2013. 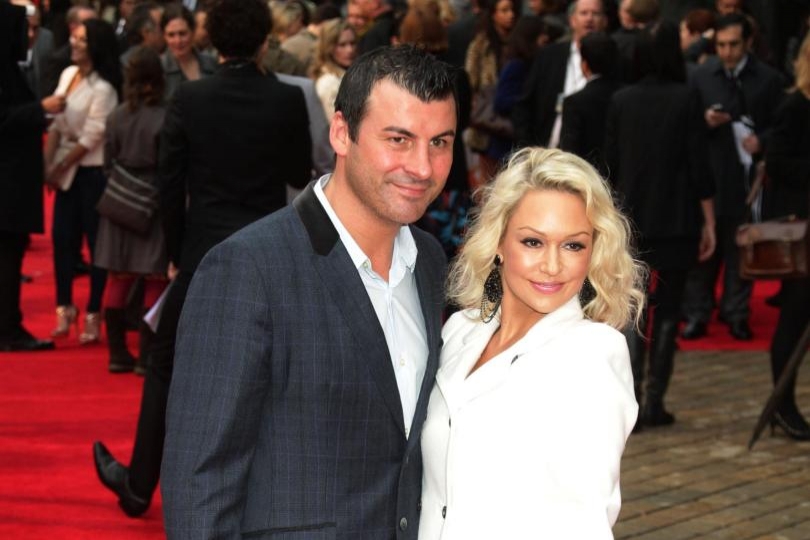 It didn’t take boxer Joe Calzaghe long to fall for Kristina Rihanoff’s charms. Only a week into his training on the show in 2009, he split up with his girlfriend of five years Jo Emma Larvin.

The pair were together for an impressive four years, but broke up in 2013 after Kristina revealed that the couple wanted different things. She said: “He wanted a girlfriend at home with his family in Wales, but he didn't want to get married or have children and I didn't want to give up that dream. And I won't live a lie, because life is too short.”

Ben Cohen and Kristina Rihanoff caused more than a bit of commotion when they competed together on Strictly Come Dancing.

They got together after the series – and are still together now – but Kristina was adamant that she hadn’t played a part in his break-up from his wife.

“I wasn’t involved in the breaking up of his marriage,” she said in an interview.

[Read more: How do I get tickets for Strictly?]

However, Ben’s ex-wife Abby, who he has twin daughters with, had a different story. “My husband, who I was with for 23 years, unconditionally loved and was completely loyal to in every respect, has left me for a f***ing Russian dancer,” she said.

“He's done the dirty on me. I'm just trying to recover from what has been the most horrific time of my life.”

Meanwhile, Ben and Kristina welcomed their first child together, a daughter, in 2016.

Neither Natasha Kaplinsky nor Brendan Cole has ever confirmed that anything more than dancing happened between them when they were partnered during the first series of Strictly Come Dancing.

They might have won the show, but they were also plagued with romance rumours. After dancing together, Brendan dumped his then-fiancée and Strictly professional Camilla Dallerup while Natasha broke up with long-term partner Mike Barnard. 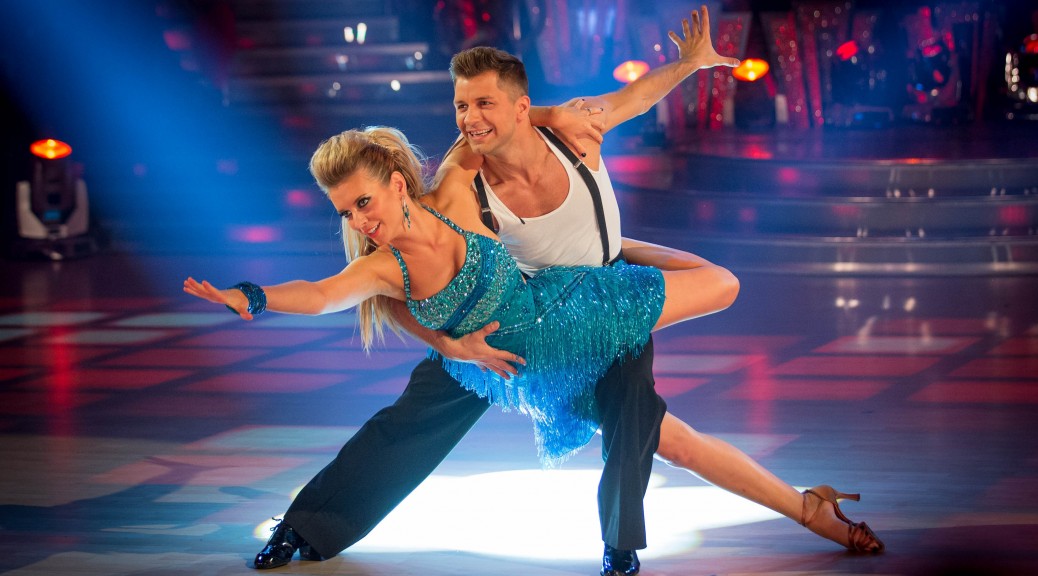 The Countdown presenter is still adamant that nothing romantic happened between her and her dance partner while they were competing on Strictly Come Dancing. When they were partnered in the 2014 series of the show, Rachel was married to husband Jamie Gilbert.

She announced that her 16-month marriage – and nine-year relationship – was over soon after the series ended and confirmed that she and Pasha Kovalev were an item. They're still together four years on.

Their relationship has gone from strength to strength, with lots of good news for the couple in 2019.

In May, they announced that they were expecting their first child, and in June they married in Las Vegas.

Introducing the new Mr and Mrs Kovalev 🥰 We both said yes! 👰🏼🤵🏻💍🥂💕🇺🇸🇬🇧

Former BBC Breakfast host Susanna Reid was partnered with Kevin Clifton on the series in 2013, and although nothing happened between the pair, she still succumbed to the curse of Strictly.

After being in a relationship with Dominic Cotton for 15 years, Reid announced that the couple had split up shortly after Strictly Come Dancing had ended.

Caroline Flack had been dating boyfriend Jack Street for a year and a half when she started Strictly Come Dancing. However, the pair separated towards the end of the series in 2014.

A spokesperson for the star said that there was no one else involved and that their relationship “came to a natural end”.

The Call the Midwife actress, 31, revealed that she was splitting up with her husband of three years, Oliver Boot, as she was heading into Strictly Come Dancing in 2015.

Despite not being linked to any of the Strictly professional dancers or fellow celebrities, a spokesperson for the actress said at the time: “I can confirm that Helen separated from her husband some time ago".

Strictly Come Dancing airs on Saturdays and Sundays on BBC One. The series starts on September 21st at 7pm.