Not so nasty: 6 things you didn’t know about judge Craig Revel Horwood

From judging Louis Theroux to osteoporosis, here are six things you didn’t know about the legendary Strictly judge.

Craig Revel Horwood has been a judge on Strictly Come Dancing for nearly 15 years and alhough he has a reputation as the ‘Simon Cowell’ of Strictly and isn’t afraid to speak his mind to the celebrity contestants, there’s more to Revel Horwood than meets the eye.

[Read more: Strictly Come Dancing 2017: Who are the pro dancers?]

Starting his dance career in his native Australia, Revel Horwood has gone on to dance in, choreograph and direct a range of productions in countries around the world before taking his spot on the Strictly judging panel.

Here are six things you might not know about Craig Revel Horwood:

Though he is now best known for being a Strictly judge, Revel Horwood has a long and distinguished career as a choreographer and theatrical director.

Craig started his career on the stage as a dancer first in Melbourne in his native Australia, then in Paris and the UK. As a performer he has appeared in many well-known productions such as Cats, Miss Saigon and Jesus Christ Superstar.

He has also excelled behind the scenes as a choreographer and director. Craig was even nominated for prestigious Laurence Olivier Awards – the Oscars of the West End – for his choreography of Spend Spend Spend and My One and Only.

2. He supports the National Osteoporosis Society

The most famous supporter of the National Osteoporosis Society is, of course, the Duchess of Cornwall – who is the Society’s president. Revel Horwood is an ambassador for the charity – a role he takes very seriously as his mother suffered related bone diseases rheumatoid arthritis and osteoarthritis.

During his several years working with the charity so far, Revel Horwood has used his choreography skills to create a bone healthy dance called Boogie for Your Bones. He has also led the Bone Factor tour, which tours schools to educate young people in the importance of building strong, healthy bones from an early age. 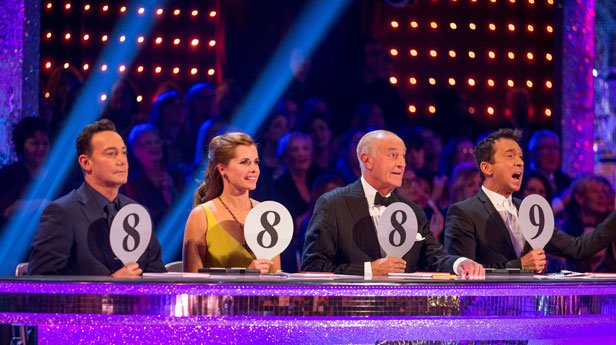 Craig and the Duchess even danced together on a 2009 trip to a London primary school to raise osteoporosis awareness.

“I was teaching the children how to learn the steps and Camilla was showing great interest. So I asked if she’d like to dance,” Revel Horwood recalled in the Daily Mail.

“I suggested a ballroom hold. But she was having none of it. ‘No,’ she said, ‘I’d like to learn the cha-cha-cha’, somewhat imitating the way I say it.

“She’s a witty woman with a fantastic sense of humour. I could tell after a couple of steps that she’d obviously been practising. She’s also got natural rhythm.”

3. He once suffered from anorexia and body dysmorphia

Craig has been candid about his previous struggles with anorexia and body dysmorphia – which began when he first started dancing.

“I’ve battled food issues since my late teens. I was quite chubby, so when I started dancing professionally I had to work hard to stay slim,” Revel Horwood told the Daily Mail.

“This led to a lifelong struggle with anorexia and body dysmorphia.

“I still battle with my food demons, but I’m much better at keeping them under control.”

4. He once appeared in a Louis Theroux documentary

Louis Theroux’s Weird Weekends saw him tackle everything from UFOs to body building. Series two of the documentary show, filmed in 1999, saw Louis meet out-of-work actors in New York. He even got a first-hand view of their daily grind, by going on an audition – for a job on a Norwegian cruise ship.

When Louis got to the audition, one of those behind the table making the casting decision was Craig Revel Horwood. At the time Revel Horwood was a choreographer for the cruise ship. It would be nearly 10 years before he would become known as a judge on Strictly.

[Read more: Who is Shirley Ballas? Everything you need to know about Strictly's new head judge]

5. He’s appeared in a KFC advert

During Revel Horwood’s early career in Australia, he appeared in different adverts. One of them was the first Kentucky Nuggets advert in Australia.

In his autobiography, Revel Horwood recalled: “The ad was for drive-in KFC stores. I’d auditioned with a load of mates. The producers just wanted someone mad who could leap about a bit and do the splits: enter yours truly.

“The strange thing was that I couldn’t even drive – but I got the lead male role anyway.”

6. He spent time in Hampshire as a child

Revel Horwood’s father was in the Royal Australian Navy, which meant a fair bit of moving about for Craig as a child. When his father was posted to Portsmouth for two years of officer training, the young family decamped to Fareham in Hampshire.

Revel Horwood revealed to the Daily Mail that his earliest memory is his first day at primary school in Fareham.

Craig's episode of Who Do You Think You Are? airs on Thursday July 13 at 9pm on BBC One. Missed it? Catch up on BT TV via the iPlayer app.