10 most shocking Grammy moments of all time

From J.Lo's scanty dress to Lady Gaga hatching from an egg, relive these 10 jaw-dropping moments of Grammys past…

What's an award show without at least one viral moment? And with the 60th Grammys just around the corner, we take a look at the most shocking events in Grammy history:

BT TV customers with the Music Bolt-On can enjoy the Grammys Playlist and all the latest new releases.

Press the BT Player button, scroll across to Music and search.

[When are the Grammys on? How to watch in the UK] 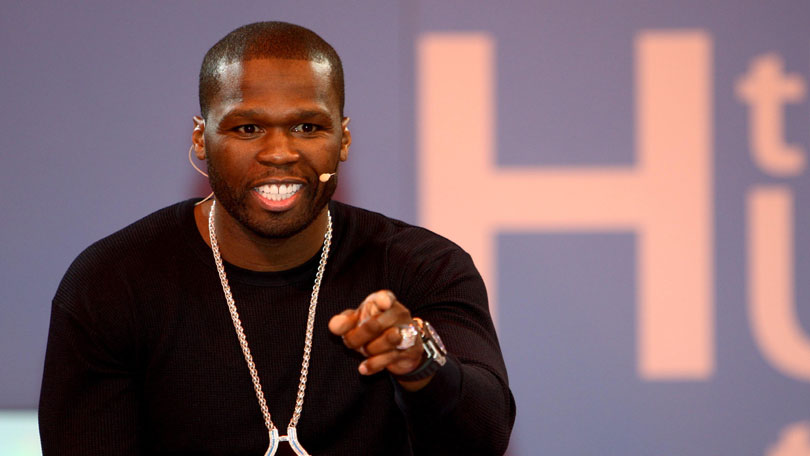 Long before Kanye West became infamous for grabbing the mic from Taylor Swift at the VMA Awards in 2009, 50 Cent stormed the stage at the 2004 Grammys when Evanescence beat him to the Grammy for Best New Artist. Dashing across the stage he flashed a deliberate smile to the cameras. 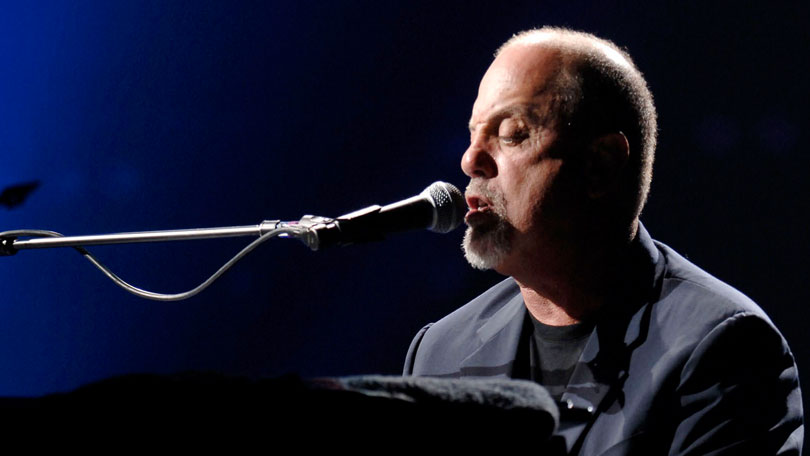 When Frank Sinatra was given the Legend Award at the 1994 Grammys, he was cut off by broadcaster CBS after a lengthy standing ovation from the crowd ate into the time allocated to his speech. 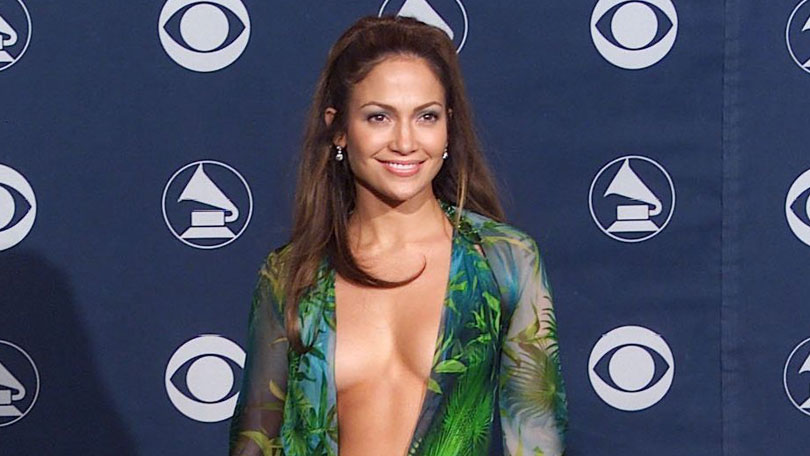 Jennifer Lopez wowed the 2000 Grammys with her sheer and highly revealing green Versace dress. Gaining headlines around the world, the sheer silk chiffon dress has gone down in history as one of the most famous of all time.

Eminem and Elton John perform together 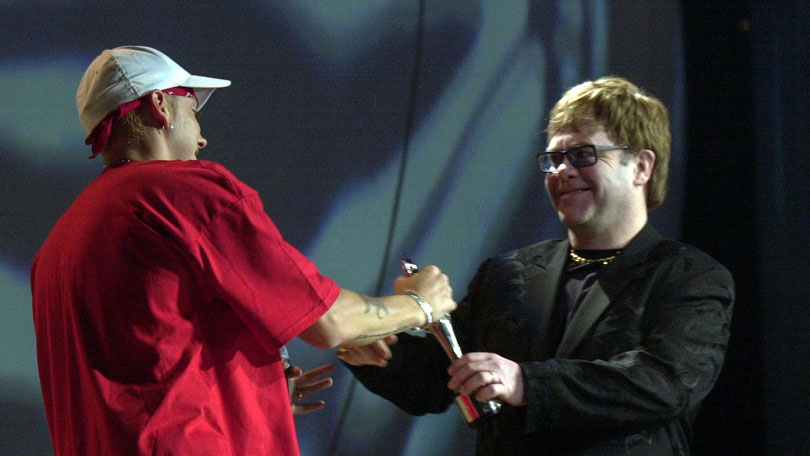 Criticised for his often homophobic lyrics, Eminem seemed to want to change his ways and make amends with the LGBT community when he performed with openly gay legend Elton John at the 2001 Grammys. The two even held hands at the end, and claim to still be friends today. 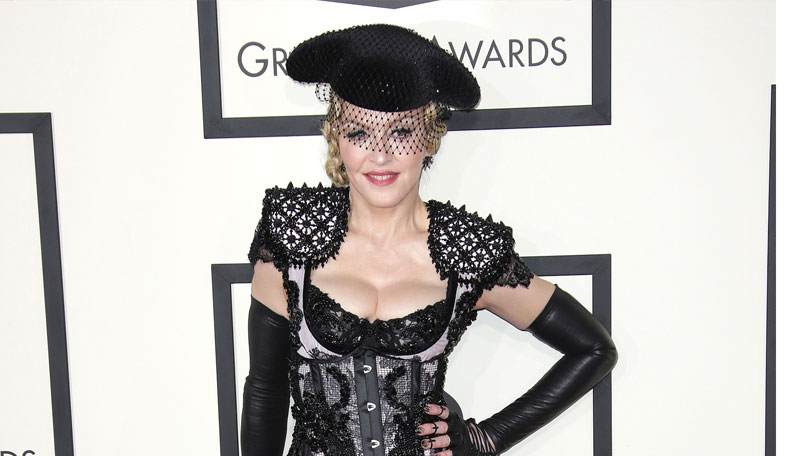 Madge has never been a shrinking violet, but her appearance at the 2015 Grammys was outrageous even by her own standards. The singer turned up in circus ring leader/matador lingerie ensemble and flashed her bare bottom for the paparazzi, later declaring it an ‘inspired’ move as ‘it is the year of the a**!’ 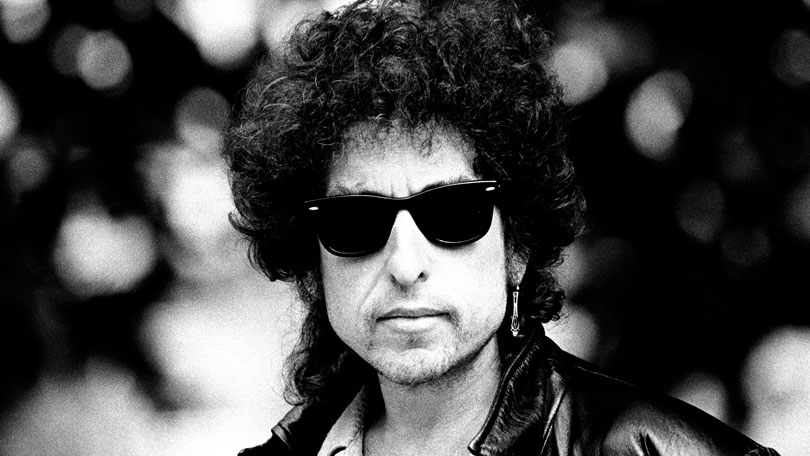 Before photobombing even existed, Bob Dylan was infamously ‘Soy Bombed’ during his 1998 Grammy Awards performance of Love Sick. Michael Portnoy, a member of his own performance crew, decided to rip off his shirt and dance frantically next to Bob with the words ‘Soy Bomb’ painted across his chest.

Audience members and viewers around the world were beyond perplexed by the meaning behind the bizarre spectacle, but Michael later explained it was a form of performance art that he felt compelled to do before an unsuspecting Dylan. 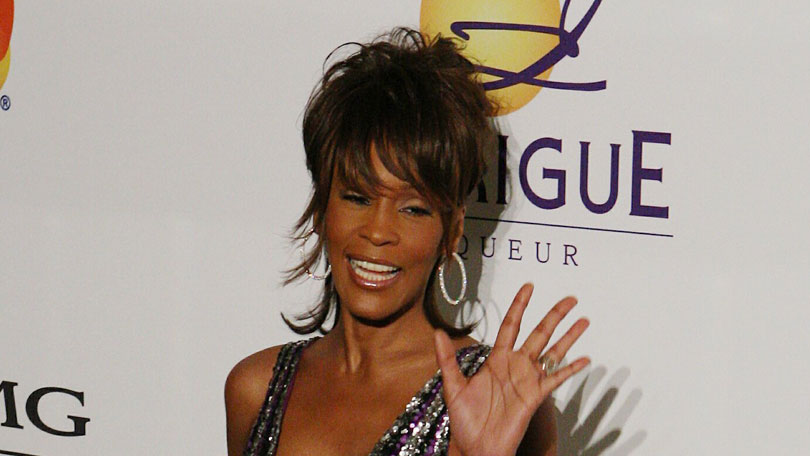 Singing legend Whitney Houston died just 24 hours before the 2012 Grammy Awards. At the age of just 48, she was found dead in the bathroom of her hotel room at The Beverly Hilton. One of the greatest singers of her generation, Houston was considered Grammys royalty and inspired a riveting tribute from Jennifer Hudson who sang I Will Always Love You at the awards.

Milli Vanilli trick us all 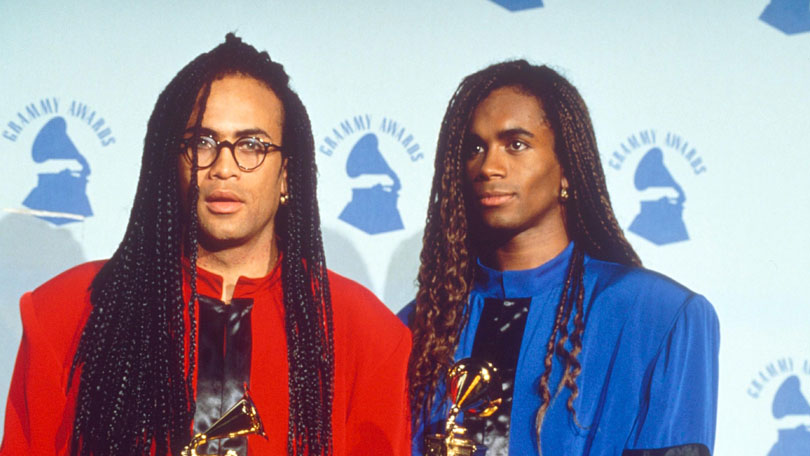 German duo Milli Vanilli were awarded the prestigious 1990 Best New Artist after a string of three  number ones that included the hit tune Girl You Know It’s True.

However, it soon emerged that they’d been miming during performances and that they had been chosen by their record company for their good looks over their clearly limited talent. The two were forced to publicly apologise and in a particularly humiliating move, return their Grammys. 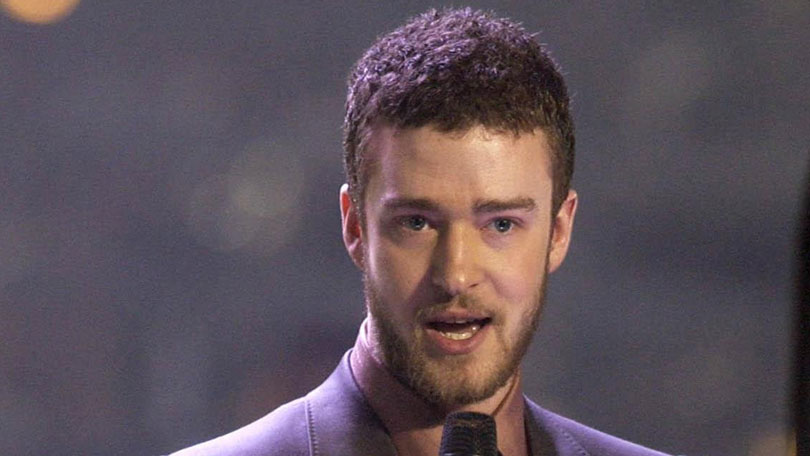 In a moment that gave the world the phrase 'wardrobe malfunction', Justin infamously exposed Janet Jackson’s pierced nipple at the 2004 Super Bowl half-time show. This caused much media and fan backlash across America, especially as the performance aired during the daytime and the Super Bowl is supposed to be a ‘family game’.

Justin took the opportunity to publicly apologise for his actions during his acceptance speech at the 2004 Grammys for his song Cry Me a River. His cringeworthy confession has gone down in showbiz history as one of the most awkward acceptance speeches of all time. 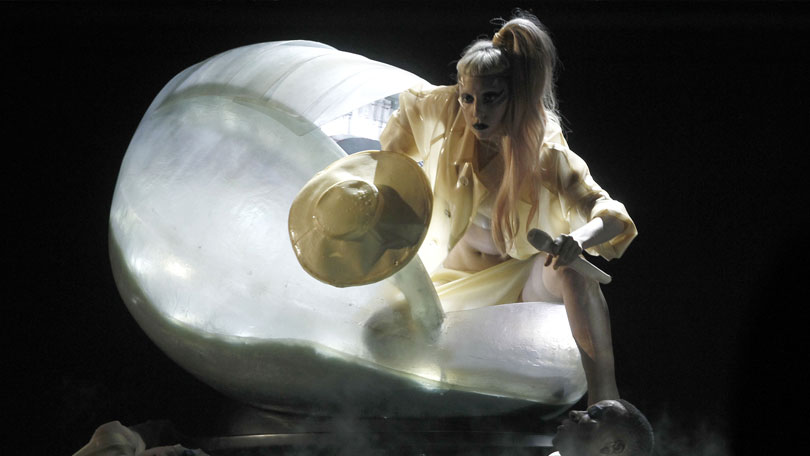 Lady Gaga is known for her wacky awards appearances. First there was her headline-grabbing meat dress at the 2010 MTV Video Music Awards and then in 2011 she arrived at the Grammys inside a giant egg. Carried around by a team of half-naked servants on the red carpet, it wasn't until her dramatic stage performance that she finally came out of her shell.

The Grammys are exclusively aired in the UK on 4Music on Monday January 29 from 7pm.