10 of the greatest TV gangsters of all time

With the launch of heist movie spin-off Snatch on AMC in the UK, we take a look back at some of television’s most infamous gangsters.

Television has long had a morbid fascination with the mob. Whether it’s in soap operas, cartoons or highbrow dramas, some of TV's most legendary characters have been gangsters.

To celebrate the premiere of Snatch the TV series on AMC - exclusive to BT customers - here are 10 of the most fearsome gangsters ever to appear on TV. 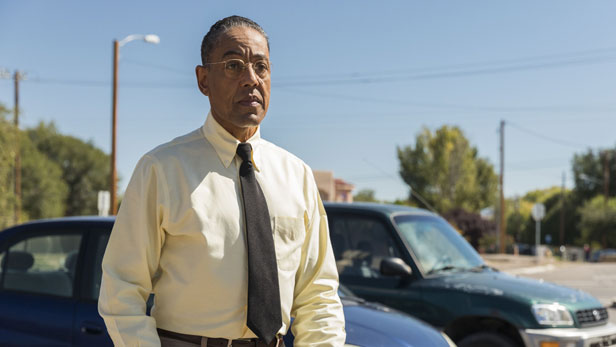 While fried chicken restaurant owner Gus Fring (played by Giancarlo Esposito) may appear to be a polite and rather uptight businessman, it soon becomes apparent in Breaking Bad and spin-off Better Call Saul that he is actually a major drug lord.

Calm, detached and a lover of a collar and tie, Gus used his Los Pollos Hermanos restaurants as a believable front for his expansive crystal meth drug-dealing empire. A great example of an unsuspected 'criminal next door', he was widely regarded as a pillar of his community despite his many, many shady dealings. 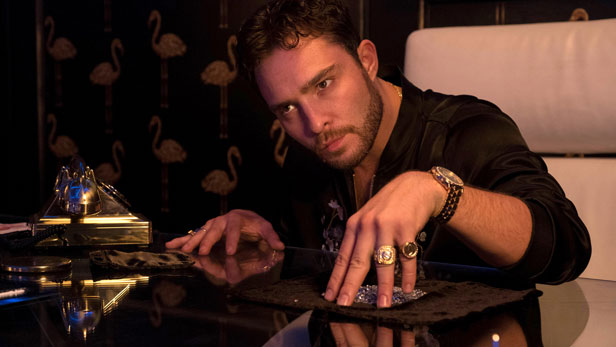 Teen heartthrob Ed Westwick (of Gossip Girl fame) plays local gangster Sonny Castillo in Rupert Grint’s new show Snatch. Portrayed as mentally unstable and yet powerful within his East London lair, Sonny is definitely not someone anyone would wish to cross. When Rupert Grint’s character Charlie Cavendish and his mates stumble across a load of stolen gold, it’s not long before Sonny makes it known he wants a piece of the action. 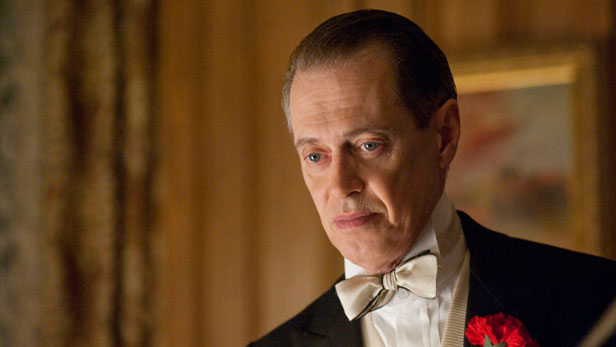 Loosely based on legendary real-life gangster and politician Enoch L. Johnson, Boardwalk Empire's Nucky Thompson (played by Steve Buscemi) is a ruthless yet unavoidably likeable character. Growing up impoverished, Nucky and his brother Elias 'Eli' Thompson move up in the world to become two of the most powerful people in Atlantic City, New Jersey, during the Roaring Twenties.

Nucky becomes a successful entrepreneur owning casinos, night clubs and speakeasies across the city as well as becoming Atlantic County Treasurer. He quickly makes his brother Eli city sheriff, securing his position of utmost power. Of course, this was during an era of legal prohibition, and many of Nucky’s businesses are fronts for his expansive illegal bootlegging business - which is where his fortune really comes from.

Yvonne Parker aka Vee - Orange is the New Black 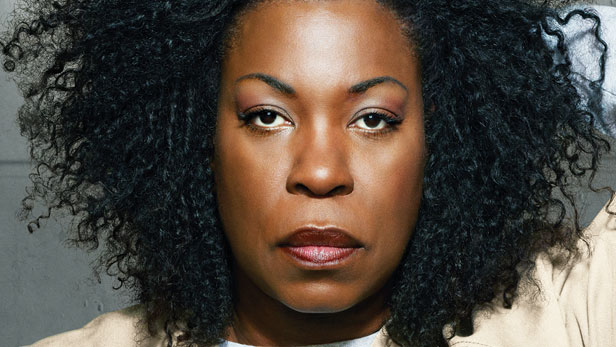 Orange is the New Black has had its fair share of villains, but no one comes close to the evil ways of Yvonne Parker aka Vee (Lorraine Toussaint). A former heroin trafficker, she is a classic sociopath. She uses charm and wit to lure in her victims, who she then manipulates into doing her dirty work – both inside and outside of jail.

With no remorse, she wreaks havoc and ultimately war in Litchfield, and is able to manipulate Suzanne Warren aka 'Crazy Eyes' and her former adoptive daughter Taystee into her sinister gang – and no good comes from it. Terrifying Vee has to be the most sinister character in the series so far. 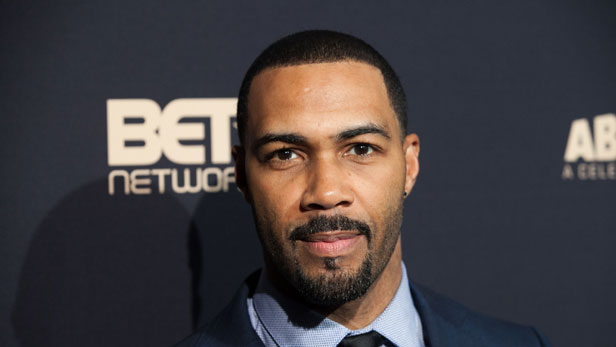 The 50 Cent-produced hit series Power is about James St. Patrick aka Ghost (played by Omari Hardwick), a successful New York night club owner who on the surface seems to have the picture-perfect life with his children and loyal wife Tasha.

However, as with many of these characters, his business is a front and his real money comes from operating a vast illegal drug dealing and trafficking business. With the help of his high school best friend Joseph Sikora, James is able to pull in millions of dollars profit a year. However, his world is turned upside-down when his childhood sweetheart Lela Loren - who just so happens to be a federal prosecutor - turns up at his nightclub. 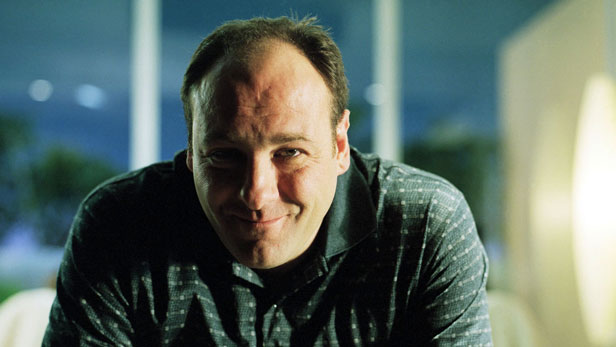 Not including Tony Soprano on any list of fictional gangsters would be a cardinal sin. Often regarded by television critics and historians as one of the greatest television characters of all time, Tony Soprano is a contemporary New Jersey-based mafia boss, played by the late James Gandolfini.

Tony works as a waste management consultant and owns various local businesses including a pork shop and a strip club – but of course all of these are fronts for various illegal activities including counterfeit goods, illegal gambling, loan sharking and stock fraud.

Charismatic and surprisingly amicable, Tony sees a therapist for his panic attacks. However, he naturally has a very dark side and is more than capable of torture and murder. 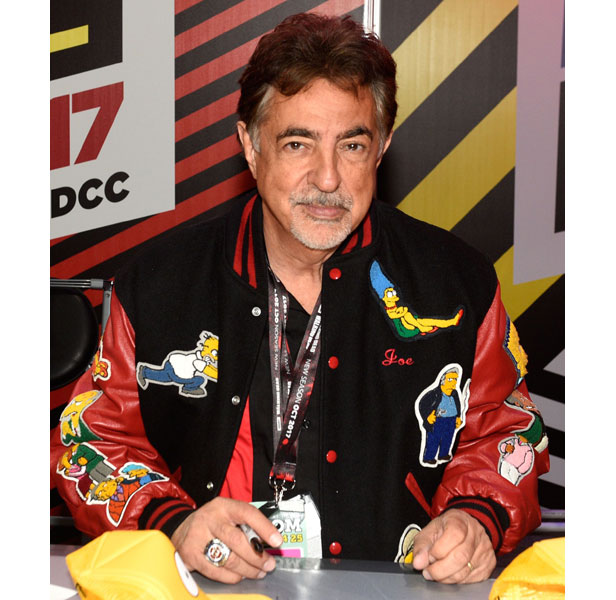 Another Italian-American mafia boss, Marion Anthony 'Fat Tony' D'Amico is The Simpsons' resident mobster. Voiced by Joe Mantegna (pictured above), he often tells of his humble beginnings of being an impoverished Brooklynite only to be taken under the wing of local mobster Salvatore Tessio, who taught him how to be streetwise. After Sal was whacked, Tony moved to Springfield and gradually became a full-time mob boss. 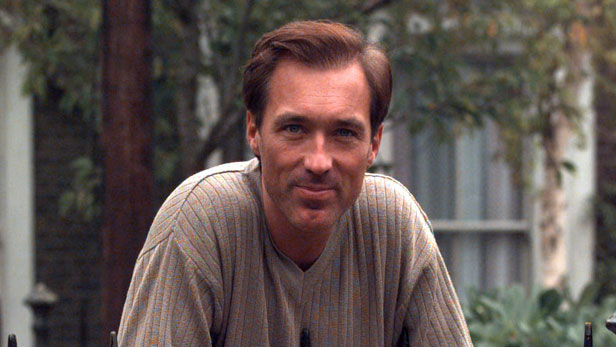 Even British soaps aren’t immune to resident gangsters. Each has had its fair amount of hardened criminals and bad guys, but perhaps none as feared as gangster and womaniser Steve Owen. Played by Spandau Ballet bassist Martin Kemp, Owen appeared on the soap between 1998 and his character's demise in 2002.

He quickly became one of soapland’s most notorious villains whenhe murdered former lover Saskia Duncan and framed Matthew Rose for the crime. He then went on to become arch enemy to the Mitchell brothers, and the prime suspect in the infamous 'Who shot Phil Mitchell?' storyline of 2001. Embroiled in many shady deals, he was killed off in a fiery car crash in 2002 - apparently in an act of revenge by BBC producers after Kemp signed a contract with ITV. 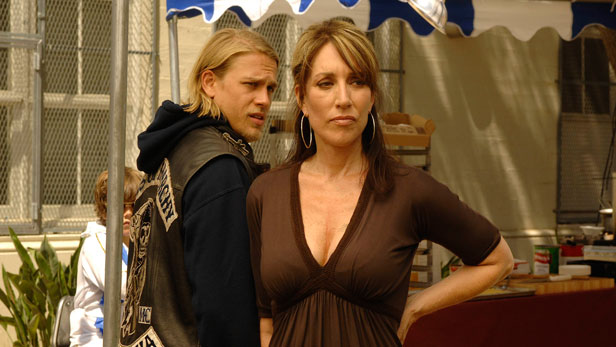 Sons of Anarchy is full to the brim with criminals, gang members and drug lords. However, Gemma Teller Morrow (played by Katey Segal) has to be the most fearsome and badass of them all. The mother of easy-on-the-eye Jax Teller, they are part of the motorbike dynasty Teller family and rule inland Californian biker gang Sons of Anarchy.

A quintessential gangster matriarch, Gemma will let nothing get in the way of her son and her grandchildren – even brutally disposing of her daughter-in-law Tara Knowles when she thinks she’s set to expose them all. Tough as old boots, she puts most of her male counterparts to shame in terms of formidability. 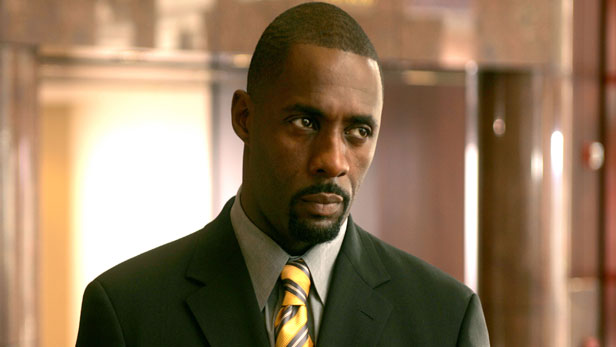 We couldn’t finish this article without at least one shout out to cult favourite The Wire. While the show boasts many unforgettable street gangsters, we’ve singled out drugs kingpin Stringer Bell. Played by the now world-famous Idris Elba, Stringer takes the reins of the gangster Barksdale Organization while his boss Avon Barksdale is in jail.

He’s portrayed as a man of education, attending economic classes at a local Baltimore community college, and a keen reader. Stringer attempts to make the Barksdale business legit, but ultimately this has very serious consequences. While he often seems more clean-cut and likeable than his fellow gangsters, many a time he is shown to be the most ruthless and manipulative of all the Barksdale crew.

Snatch premieres in the UK on October 31 at 10pm on AMC.

BT TV customers can also watch the full box set on the BT Player, the day after the premiere, and watch on the go with the BT TV App.