10 things you might not know about Marvel’s Black Panther

It’s the megahit superhero movie of the year – but do you know these strange but true facts about Black Panther?

Black Panther is the 10th highest ranking movie of all time and is tipped to be the biggest movie of the year - and you can now watch it on BT TV.

This mega blockbuster superhero film sees T’Challa, the King of Wakanda, rise to power in a futuristic tech-savvy African nation before having to fight off a vengeful outsider who threatens to take everything he’s ever fought for.

[Fifty Shades Darker to Eyes Wide Shut: The sexiest movies of all time]

While its success story is well known, did you know these facts about the movie and the rich history of its comic book namesake?

A common misconception is that The Black Panther comic book was born out of the Black Panther Party, a politicial organisation formed during the civil rights movement of the 1960s.

But actually the comics predate the founding of the party – the original Black Panther first appeared in the 52nd edition of Fantastic Four in July 1966, while the Black Panther Party wasn't founded until October 1966.

And while Black Panther was the first ever superhero of African descent to appear in mainstream American comics, he was created by two white men – writer Stan Lee and writer and artist Jack Kirby. 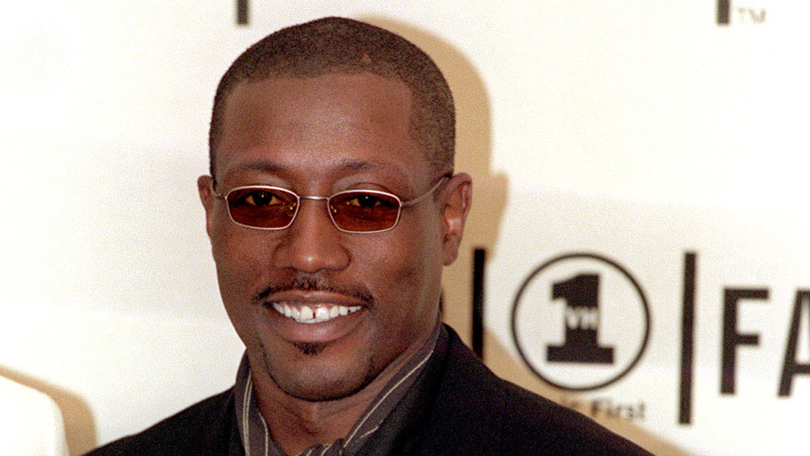 Actor Wesley Snipes (Blade, Demolition Man) attempted to turn Black Panther into a major movie back in 1992. However, the project was beset by finance and script issues and the CGI technology simply didn’t exist at the time to make a believable landscape of Wakanda.

[Black Panther becomes most Tweeted about movie ever]

Snipes also told The Hollywood Reporter that movie execs confused the comic books with the political movement – “They think you want to come out with a black beret and clothing and then there’s a movie,” Snipes said. Ultimately the film never made it to production but did pave the way for Snipes' huge box office success with the Blade movie franchise. 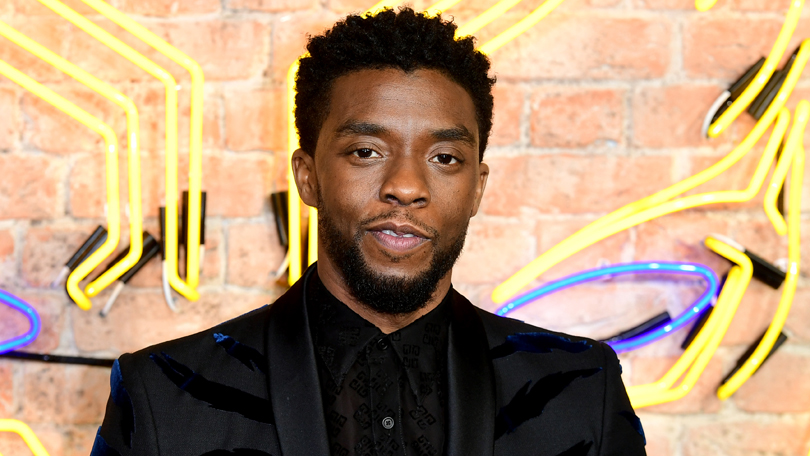 American actor Chadwick Boseman, star of Black Panther, says he was the one who personally pushed for his character T’Challa/Black Panther to have a distinct African accent. He told the audience at a Black Panther news conference in Beverly Hills that initially movie execs were concerned movie-goers wouldn’t want to watch an entire movie with the main character having a non-Western accent – but the actor prevailed, saying:

“I became adamant about the fact that it’s not true… The intonations and melodies inside an African accent are just as classical as a British one or a European one… All the emotions and aspects of the character can be shown… with that accent, and we have to take the opportunity to show that.”

Black Panther has crossed into other Marvel comics

If you’re new to the Marvel Universe you may not know that this isn’t Black Panther’s or indeed Boseman’s first appearance in the movies. Boseman first appeared as Black Panther back in 2016’s Captain America: Civil War and quickly became a fan favourite – so much so that it urged on the development of the 2018 movie.

He also appeared in 2018’s Avengers: Infinity War and will again in the next Avengers instalment in 2019. This crossover is true to the comic books, as Black Panther appeared across Fantastic Four, Fantastic Force, Captain America, Ultimates and of course in his own self-titled series.

The movie was filmed across the globe 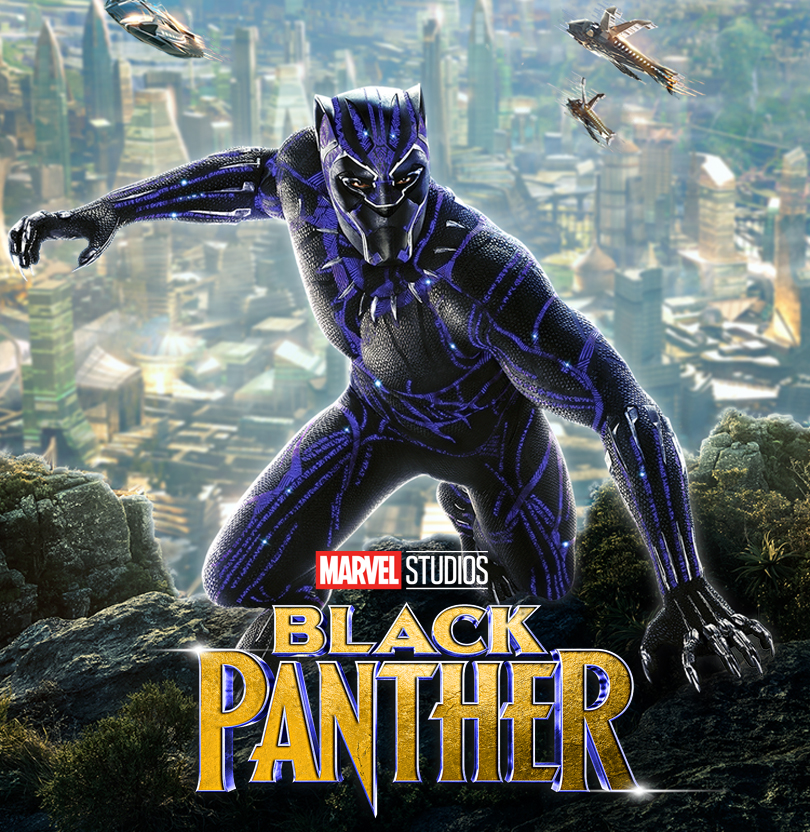 Black Panther was a truly international movie project with the majority of filming taking place at the Pinewood Atlanta Studios in Atlanta, Georgia, US but additional scenes and aerial shots were filmed at Igauzu (Argentina and Brazil borders), South Africa, Zambia, Uganda and South Korea.

Black Panther is not a name 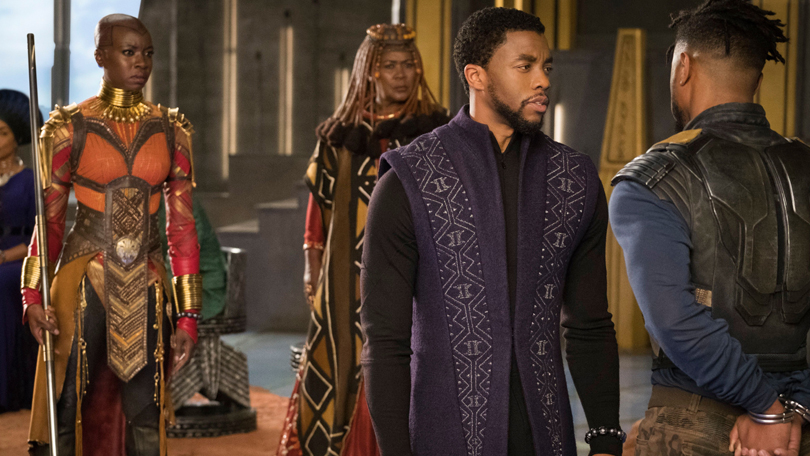 While T’Challa rises to the title of Black Panther, it is not really a name but rather an earned rank. According to the original comic books, in the land of Wakanda, Black Panther is a title and rank passed down to each protector of the land. While T’Challa inherited the title from his uncle S’Yan he had to earn it and prove himself after his father’s untimely murder – through defeating various rival Wakanda tribes and ultimately his uncle as well.

Women can also be the Black Panther

Black Panther is not a patriarchal title, and indeed women can – and have – take the role. In the comic books T’Challa’s half-sister Shuri almost earned the title when she set on defeating her uncle S’Yan – only to discover that T’Challa has beaten her to it. But later on in the franchise when T’Challa is in a temporary coma she completed various challenges to prove her worthiness of the title – and would eventually take over the role.

Black Panther is a member of the Illuminati 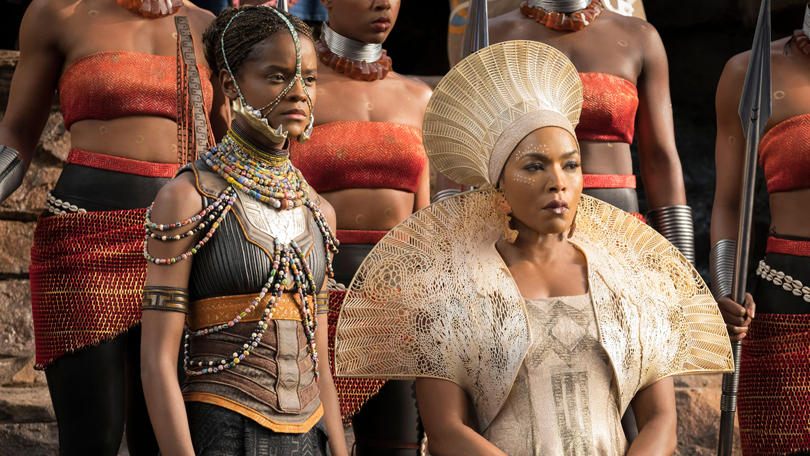 In the Marvel Universe, the Illuminati is not the all-powerful global cabal beloved of conspiracy theorists but rather a collection of Marvel’s greatest thinkers. Members include Doctor Strange, Black Bolt, Charles Xavier and Iron Man. Black Panther was invited to join the group but initially refused, only to accept membership in an issue of New Avengers.

He was married to Storm 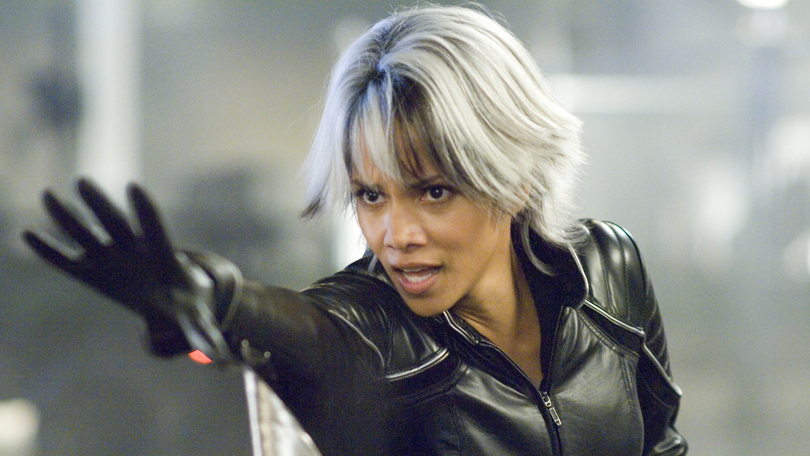 You may remember Halle Berry’s portrayal of Storm in the X-Men movies – but did you know that this comic book character was also married to Black Panther?

The comic book story goes that the two met when Storm was a lowly orphan teen in Cairo, Egypt only for them to reunite years later and marry with their superhero friends in attendance. For whatever reason their marriage wasn’t received well by fans and after six years of supposed marital split, it was declared on an issue of Avengers vs X-Men that their marriage had been annulled.

He battled racism in the South

Remarkably Black Panther storylines don’t just exist within the fictional Marvel Universe but on occasion ventured out to real life – including an issue in which Black Panther investigates racism in the Deep South after his girlfriend of the time’s sister is murdered.

The 1970s issue explores police brutality, the KKK, political corruption and even fake news. Shocking illustrations show Black Panther burning on the cross, slavery depictions and Ku Klux Klan horsemen. Despite its rather non-PC title of 'Jungle Action', this was one of the first comic books to ever directly tackle racism.

How to watch Black Panther on BT TV

Relive the magic of Black Panther or discover its wonders for the first time on BT TV.

From Monday 11th June Marvel’s Black Panther is available to buy or rent in the BT TV Store.