Barbarians Rising: Who's who in this epic new HISTORY series

We meet the cast of this groundbreaking docu-drama series to discover everything you need to know about the HISTORY show.

Barbarians Rising is a stunning new eight-part docu-drama series that brings to life to the rise and fall of the Roman Empire from the perspective of the underdogs and rebels.

Blending commentary from world renowned historians and notable contributors such as Civil Rights Leader Rev Jesse Jackson and authors Vanessa Collingridge and Lindsay Powell with reenactments of the legendary uprisings and some of history’s bloodiest battles, the show airs exclusively in the UK on HISTORY (BT TV 327/379 HD).

Ahead of the first episode at 10pm on Wednesday, August 31, here’s our quick guide to the stellar cast in the series, in their own words.

Fritigern was a leader of a Goths tribe who were abused and humiliated by the Romans after they took asylum in the Empire.

Fritigern took revenger on Emperor Valens and general Lupicinus with his Gothic horde and triumphed in an epic battle at Adrianople.

After the emperor was burned alive the Goths settled as equals and feared rivals for the Romans.

“I didn’t know anything about my character so it was fun looking him up,” said Waddington.

“I learnt more about him after I’d actually played him as there was more time to do that kind of stuff. And you hope – and the scripts were quality scripts.

“There’s a certain amount of adrenaline flowing – so the fights look kind of real and they felt real. You know when it’s phony and you’ll always go again if it doesn’t look real.

“So what we did, speaking for myself, seemed real. It was authentic. But sadly no-one got injured. There was no real blood drawn.”

Richard Brake (The Bastard Executioner, Game of Thrones) as Geiseric 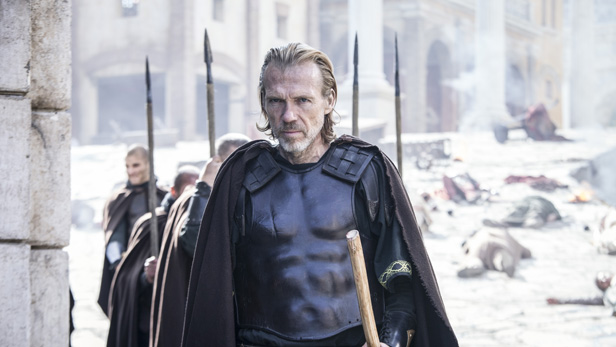 Geiseric was a leader of the Vandals, who seized Carthage from the Romans in AD 339 and transformed his tribe into the Mediterrranean’s most formidable pirates.

In AD 455, Geiseric helped stage an attack on Rome that marked the terminal decline of the Empire, plundering the city and forcing Maximus to flee the city in terror.

“It’s not just about long hair, wild men raping and pillaging their way into Rome. Especially my character, Geiseric was really shrewd and cunning,” said Brake.

“And there was very little violence in the stuff that I’m doing – even though he had his moments, we actually were more interested in how incredibly intriguing he was in terms of the cunning he did to pull strings and make it all work. Timing is everything. So it’s very in that way it’s like Game of Thrones or Vikings. It was very much political.

“I’ve played some bad guys who are literally psychotic, obviously. Sociopaths. But the idea of bad guys really they are people that are just want something. And Geiseric just wanted a home for his people and some wealth. He was a bitter man for gold – he did go into Rome and take all of the gold, but he was just one of those characters that everybody perceives as bad. But in truth he just wanted what he wanted and went for it.

“I really like this idea that he wasn’t this maniac, that he was incredibly smart human being. Today, he’d be an amazing politician if he was alive today.” 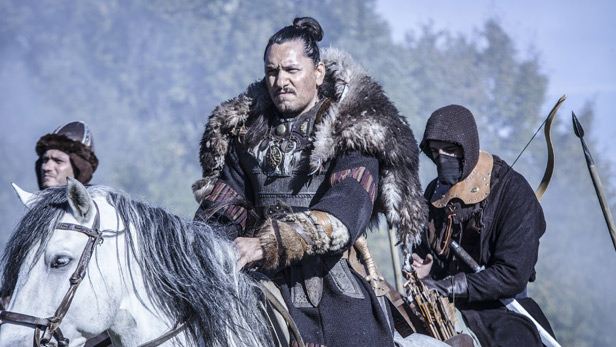 Atilla is the famous leader of the Huns, who burst out of the Asian steppes and wreaked havoc wherever they attacked. They were swift, unbeatable warriors, driven by a desire for anything they could plunder.

Atilla’s army and invasion of the Empire created some of the bloodiest battles of the ancient age and caused a refugee crisis.

“He has a political purpose; he has an almost mystical power and is following a dream – no matter what that dream is.

“If he was around today he would not be a politician – I was thinking maybe an astronaut flying into space.

“He was so clever; he was so intelligent and so bold. He was probably bored of politics everything here on earth – he would go straight to Mars I presume. He has that kind of quality and energy and boldness.” 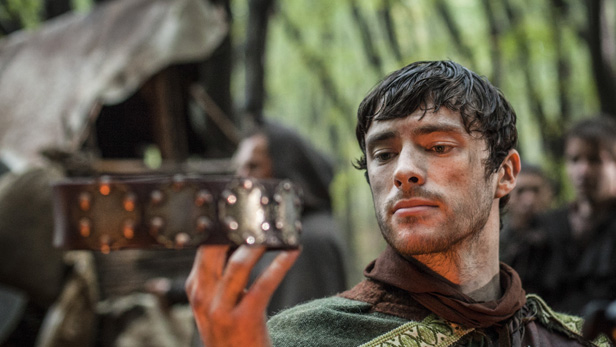 Gothic tribe leader Alaric was the first enemy to enter Roma as a conqueror in 800 years.

Following the death of Roman general Stilicho, 30,000 men joined Alaric’s forces and he marched on Rome unopposed. He laid siege to Rome three times in three years and by the time he died in the Empire’s image as invincible was shattered forever.

“He besieged it and he wanted money and payment and the release of slaves which the Romans wouldn’t give to him. The second time he met and he wanted to negotiate. The last time he met to have a treaty with them and they ambushed and attacked him.

“He tried to do the right thing three times – it wasn’t his intention to destroy Rome. But he was finally given no option.

Barbarians Rising starts airs on Wednesdays at 10pm from August 31 on HISTORY, BT TV 327 (379 HD). It is also available to watch on catch-up on the BT Player.

HISTORY is one of the extra entertainment channels available for BT TV customers.