What are the best stand-up specials on Netflix?

There are a host of internationally-acclaimed comedy stand-up specials available on Netflix.

Long gone are the days where you had to save up a small fortune to buy tickets to see your favourite comedian or wait until their next DVD hits the shops.

Now many of the world’s most celebrated and popular comedians are releasing one-off comedy specials exclusively on Netflix.

What’s more, Netflix is also giving an opportunity for up and coming comedians to showcase their talent and for many reach a global audience for the first time.

This week stand-up Jack Whitehall takes his Netflix adventure one step further with his own travelogue series, Jack Whitehall: Travels With My Father.

Netflix regular Marc Maron (Easy, Glow) stars in his own stand-up comedy special. Discussing everything from his own unique weirdness to his observations on meditation, recent documentaries and the crazy world we all live in – Marc offers a highly watchable wacky take on life.

Jeff Dunham is an internationally renowned ventriloquist and in Relative Disaster he lets loose his menagerie of totally out-there cohorts that include Achmed the Dead Terrorist, Bubba J., Peanut and Walter. Push your PC thoughts aside and enjoy this unashamedly outrageous special.

Seinfeld fans rejoice, you no longer have to fork out the big bucks to catch one of his rare stand-up performances, you can catch his latest stand-up gig right here on Netflix. Here Jerry returns to the Comic Strip, where he first made a name for himself on the stand-up circuit, and recalls his rise to fame and calls upon some of his early days sketches.

Jerry Before Seinfeld is streaming now on Netflix.

Actor and comedian almost lost his life in 2016 when he was in a serious car accident. Now he’s back on stage for the first-time post-accident and ready to joke about experiencing a two-week coma, going to the “other side,” his road to recovery and his unconventional family. 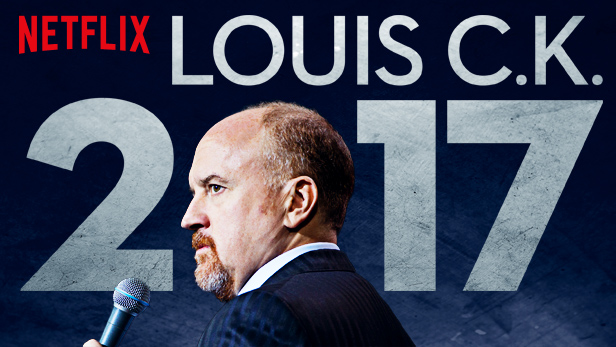 Louis C.K. has been one of the biggest break-out stars on the comedy circuit of the last decade. With his own comedy series Louie already having five seasons and enjoying sold out comedy tours around the world, Louis has somehow also made time for this Netflix special. Performing live from Washington D.C, this is a show delivered in true no-issue-off the table Louis style.

Dave Chappelle had huge success in the early 00’s with Chappelle’s Show, his incredibly offbeat yet undeniably hilarious sketch show.

Luckily for his fans, Chappelle is back with this exclusive to Netflix two part special. Here Dave touches on his departure and return to the limelight, celebrity encounters and racially-charged run-ins.

You may not know his name yet, but Hasan Minhaj is up-and-coming in the comedy scene and here he tells his poignant yet funny experiences as an Indian-American Muslim. Taking aim at his parents’ high-reaching expectations of him, being bullied in high school and experiencing various degrees of racism – this is a must see for anyone looking for a new name to look out for in the comedy world.

Ali Wong was seven months pregnant when she performed Baby Cobra. Here she jokes about experiencing a miscarriage, her loathing for feminism, past raunchy sexual experiences and plenty more juicy tales. Praised for being ground-breaking by critics on its release, Ali doesn’t let pregnancy stop her from revealing all.

If you enjoy Aziz’s Netflix Original series Master of None, his stand-up special Dangerously Delicious is absolutely worth a shot. Here Aziz chats to a packed-out audience about growing up in a mainly white Southern community, getting stuck in Google search rabbit holes and revisiting some previously celebrated jokes from his paststand-up specials – such as misadventures with his young cousin Harris.

Jack Whitehall: Travels With My Father is available on Netflix from September 22nd.

[Read more: Everything we know so far about Stranger Things season 2]