Cara Speller – How I Made it: From Gorillaz to bringing 101 Dalmatians to TV

101 Dalmatian Street's executive producer Cara Speller talks to BT TV about her career, her proudest achievements and the magic of 101 spotty dogs.

Dodie Smith’s magical novel 101 Dalmatians remains one of the best-loved children’s stories more than 60 years after it was first published.

The classic 1961 Walt Disney animated film cemented the adventures of a family of spotty dogs in popular culture and in the 90s, a live-action animation starring Glenn Close as the wicked Cruella de Vil reintroduced the characters to a whole new generation.

In 2019, Disney Channel is bringing the classic story back again with a modern twist and a new title - 101 Dalmatian Street.

Oscar-nominated and Bafta-winner producer Cara Speller and the British team at Passion Animation Studios have pulled off the trick of bringing the story into the 21st century while retaining the magic of the original tale of 101 Dalmatians who live under the same roof in London. 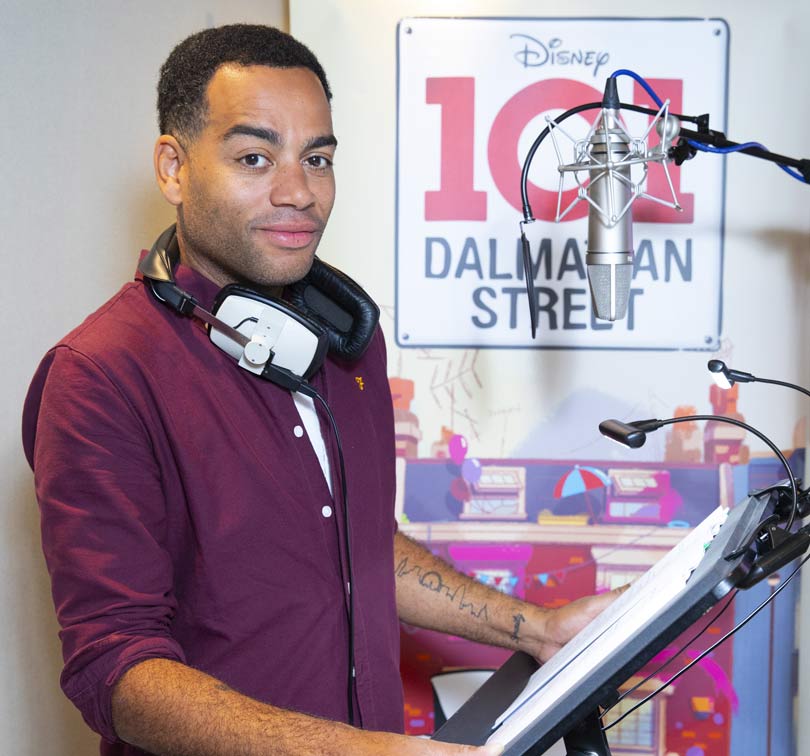 Ben Bailey Smith in the voice cast for 101 Dalmatian Street

With a voice cast including Paloma Faith, Ben Bailey Smith, Stephen Mangan, Josh Brener and Michaela Dietz, the hijinks of Dolly and Dylan and their 97 siblings is going to be must-watch for young viewers – and their nostalgic parents.

101 Dalmatian Street explores sibling relationships and all the warm and messy complications of domestic life, multiplied by one hundred and one. The series is about finding your spot within a huge and complicated family: do you sink or survive when you’re swimming through a wiggling ocean of black and white puppies all barking for attention?

What extra kids channels can you get with BT TV >

BT TV met executive producer Cara Speller to find out more about the series and the stepping stones in her career.

'I was convinced that I was going to become a botanist' 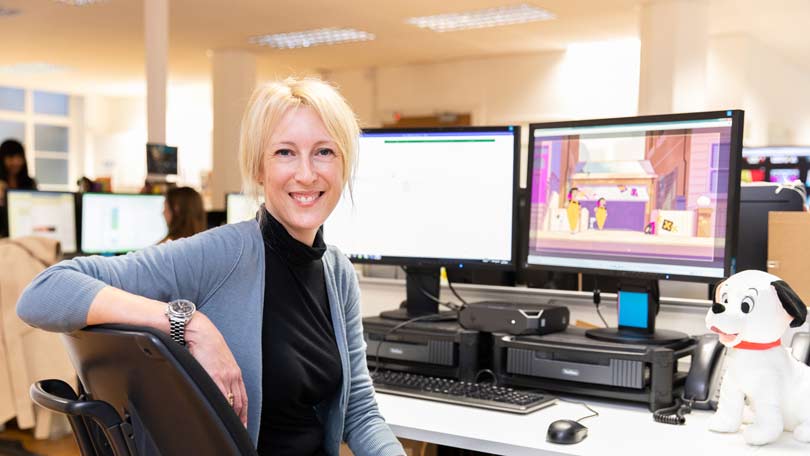 "I don’t think I could say there was one defining moment where I knew I wanted to work in animation.

"Before I did my film degree, I was convinced that I was going to become a botanist. So I had really irrelevant A-levels in biology, chemistry and English Literature. They were no use to anyone working in animation.

"But I signed up for a photography course after my A-levels and in the third term of that course we got given a shonky old camera and told to come back with a film. I knew nothing about it, but I loved it so much that I then looked into doing a film degree, which is what I did next.

"I do think the arts are an incredibly important part of society. We should make art, literature and music as important as it can be. I don't think anyone at my school told me not to do anything, but equally I don’t think they gave me great career advice.

"I don’t think I ever realised this career existed. There seem to be many more courses and degrees in further education now for people wanting to work in animation that I was aware of at a young age. I hope that is something that gets supported because I think it’s vital." 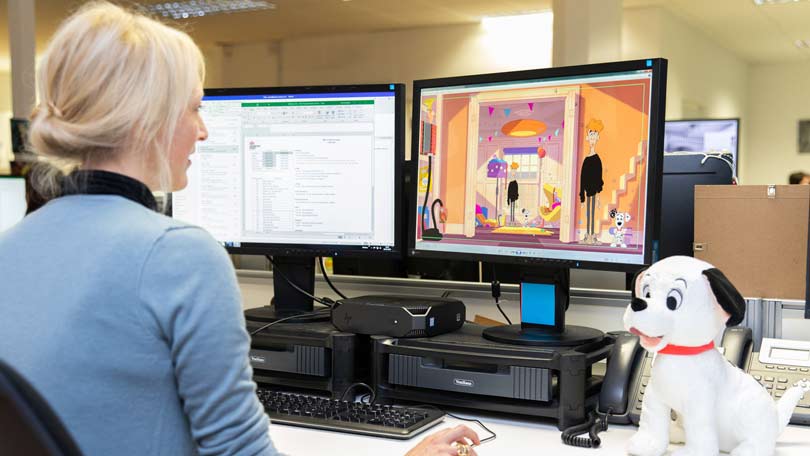 "One of the nicest things is seeing someone develop, when you have had a role in helping them. That’s something I’ve had in the last 5-10 years of my career and it’s something I probably underestimated.

"One thing that I’m really proud of with 101 Dalmatian Street is that there aren’t a huge number of animated shows made in this country for 6-11 year-olds. I feel like we’re training up lots of people to make even more shows like this, which feels great."

'When you see a drawing come to life, it’s magic' 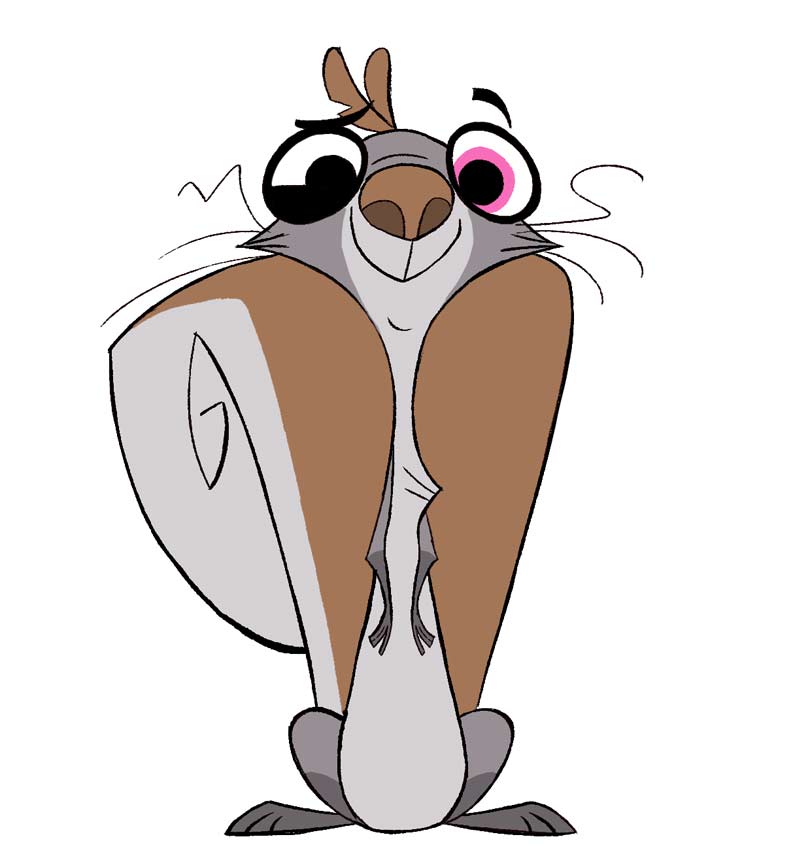 Sid the Squirrel from the Canal Crew in 101 Dalmatian Street

"It is magical. I still think it’s magical. I think there are a lot of similarities between animation and working in live-action drama. At its core it’s about storytelling. It’s still about telling the best story in the most engaging way.

"This show is a very script-driven show. We spent a long while honing it and working with our head writer Maria O'Loughlin and a team of writers. We had a writers’ room on this show and it was a really interesting way of developing stories. But nothing is ever preserved.

"It has to be allowed to develop and grow as it goes through the production pipeline. When you start character design, a lovely character design might suddenly change how they behave, act and the quirks of their behaviour.

"And when we start storyboarding, we will add extra humour, the editor has a key creative role on an episode and the director will also be constantly adding and improving what we have made.

"There is a process and things have to be made on time and go through departments on time, but there is always scope within that for people to bring creativity and that’s what we’re always looking for from the team.”

'You have every chance of reaching your goals' 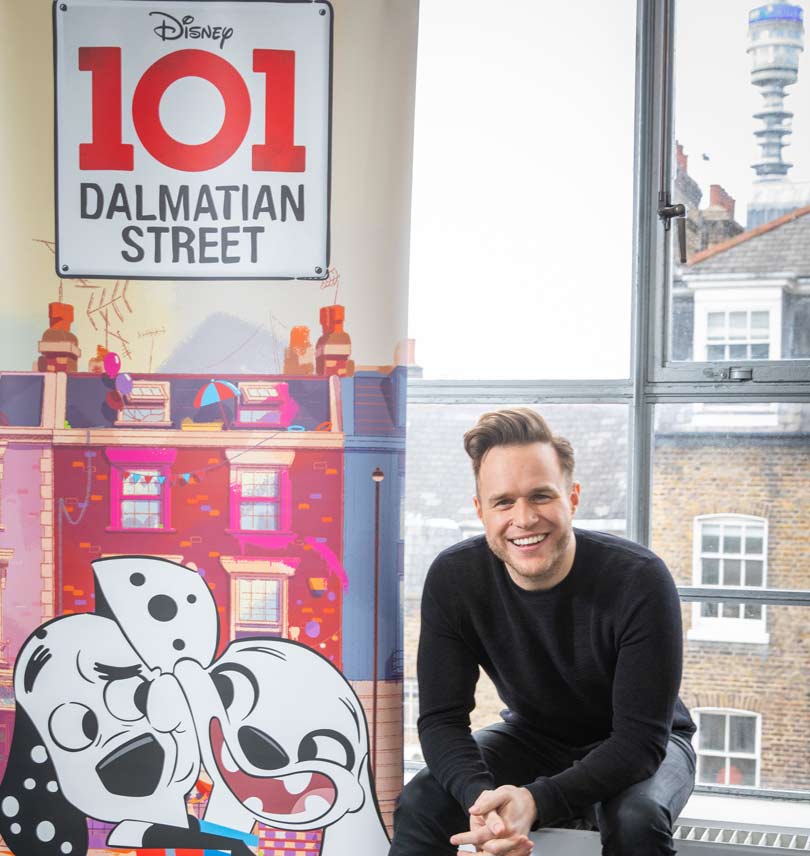 "I think I would say to young animators and artists, set your sights and work really hard. You have every chance of reaching your goals.

"It is a constant process of improvement. Even the best artists in the world that we regularly work with, they are the best artists because they draw every day. You have to hone and work on your talent every single day.

"I did a film degree and then I started working in post-production in London. Somehow, I’m not even totally sure, that moved into animation. It just seemed to be something that fit. I can’t say that I grew up wanting to be in animation, but it has been hugely rewarding as a career choice."

'We wanted to make sure we did 101 Dalmatians justice' 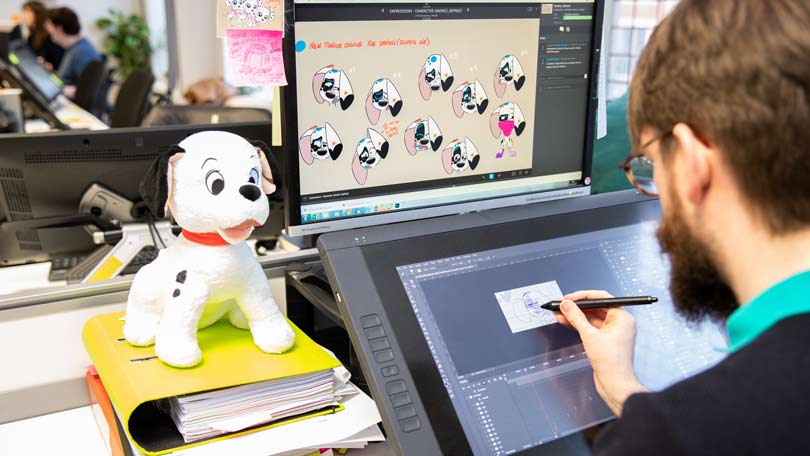 "101 Dalmatians is one of those films I do remember watching from a very young age. I do distinctly remember watching it, particularly the scene with the puppies in the snow. There was something wonderful about the characters and incredible artwork in that film, which stayed with me and so many people.

"It's amazing how the nostalgia for the film has lasted. We took the whole crew to the Disney offices for a screening early on in production. And everyone was misty-eyed watching it. It really stands up.

"When we first started talking with Disney about making a series based on it, we wanted to make sure that we would do it justice and take parts of the film into the series.

"But also we wanted to make sure this wasn’t just a remake. The film is very gentle and feels like 1950s and 1960s London. We wanted to show London as it is now – a culturally diverse, international city that kids today would recognise."