Clive Standen has been playing the historical figure Rollo in History’s hit show Vikings since its premiere back in 2013.

Now a global phenomenon, Vikings has bought the historical legends Rollo, Ragnar and Lagertha to the forefront of popular culture.

But just how accurate is Vikings script writer’s Michael Hirst interpretation of these historical legends?

The four-part history documentary series The Real Vikings - which airs on History on Tuesdays at 10pm - sets out to set the record straight with the help of Vikings cast – including British-born Standen himself.

We spoke to Clive about his Real Vikings experience and what to expect from Vikings series 5B.

After travelling to remote parts of Iceland and speaking with experts who speak ancient Norse, Clive said it was easy to see how Vikings would be gripped by their legendary sagas and would even incorporate them into their culture and religious beliefs.

“I went to Iceland where he tried to get to grips with the sagas and the stories behind the legends. Of course, Vikings didn’t have TV so they were very into their storytelling and would tell fantastical stories about their Gods and monsters.

[Read more: What The Real Vikings taught us about Viking Women]

"We went to old huts with historians that could speak Old Norse and recite the old sagas in Old Norse. We would go into one of these old Viking houses and there would be snow as far as you could see – not another single house for miles. You could understand how if you were a wanderer out in the snow and you needed food and refuge and sleep and warmth, you would have to have a very good story to share with your hosts and impress them in order for them to let you stay there.

"You have to imagine if a stranger came up to your camp and said he’d met Odin the one-eyed God you’d want to listen.  When you hear all these stories about serpents being seen, it’s very easy to start believing it and believe that these people had been in the presence of a god.”

Clive said when he’s playing any real-life figure he makes sure he does his homework in terms of historical research. And this was specially the case for Rollo, who he discovered was not only a remarkable Viking leader but who also changed the course of history forever.

“As an actor if I’m playing a historical figure I always feel like I have a responsibility to get it right for them. I try to imagine I’m on stage and the real person is watching me in the shadows at the back of the theatre judging me. This keeps you alive and reminds you that someone has actually lived this life to the extent that they’re worthy of the history books.

“The biggest trip for me in The Real Vikings was I go to go to Rouen where Rollo set up camp. In Normandy we actually see the Viking influence and how they changed the world we live in today.

"Rollo was the great-great-grandfather of William the Conqueror. He set up the feudal system and changed Normandy and ultimately France and Britain: within a 100 years it was changed forever.”

3. The Real Rollo vs Vikings Rollo 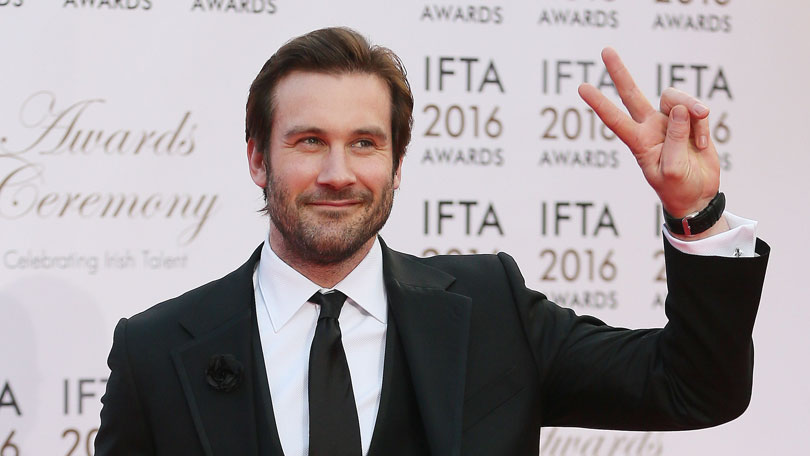 Of course, Vikings creator Michael Hirst has had to take some liberties in tying the infamous Vikings Ragnar and Rollo together by making them brothers. In fact, they weren't related and even lived some 100 years apart.

Clive points out that The Real Vikings is the perfect opportunity to set the record straight for both die-hard Vikings fans and history purists.

“Rollo and Ragnar weren’t brothers and they lived a hundred years apart. But what an incredible device, to pair these very famous Vikings up and ultimately set them against one another.

"But with The Real Vikings you can really get to know the real people and understand their actual timeframes and separate the history from the drama. So whatever mistakes may come across in Vikings, at least we can put it right in the documentary The Real Vikings. We certainly aren’t leading people up the garden path!”

It's not just screenwriters who can skew history: Clive says that actual historical documents and sources can be just as misleading, something he discovered first-hand while exploring British records of Rollo.

“When we did The Real Vikings we came across the book that was sent to one of the first Vikings, and even then there was censored and retracted evidence.

"There is the documentation that the Vikings came from the sea and they burned the monasteries and they attacked us and that was all transcribed in a lot of the Christian propaganda against Vikings. But if you look at other historical documents there are sentences that say that when these same men came here before, people wanted to copy the fashion and hairstyles.

"It makes you wonder that if the King really hated them so much, why would he want to copy their styles and even admire them? So  if instead of these crazed, uncultured men, they were actually seen as clean and fashionable people worthy of imitation, you start to see that the truth actually lies somewhere in the middle. So much has been blurred and muddied over the years!" 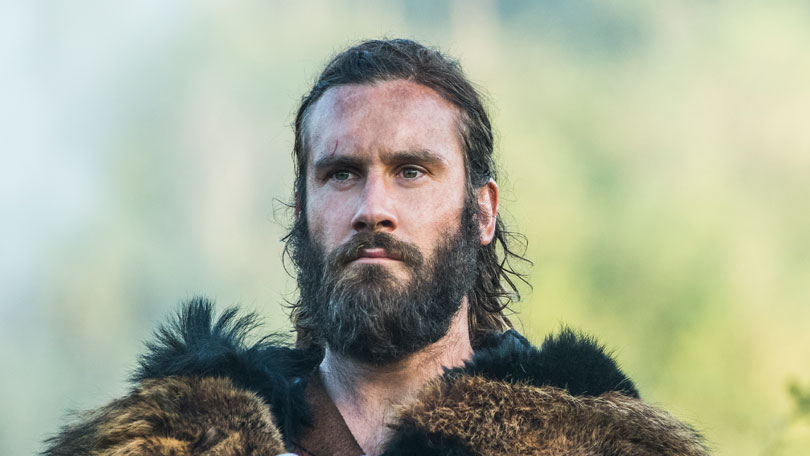 As we saw at the end of Vikings Series 5A, Rollo made his mysterious yet dramatic return. And Clive says we can expect much, much more of Rollo in the upcoming second part of the series.

“It will be pretty explosive when we come back from the season break! But as with Rollo every time he makes an entrance – every time he falls down – Rollo reinvents himself.

"There will be some surprises. I think we should always expect the unexpected with Rollo and I think there are going to be some very fiery scenes with the people he knows and that he left behind such as Lagertha, Bjorn and Ivar the Boneless. Ivar thinks he has an answer to everyone and has never really had to deal with anyone like Rollo before - I think he has finally met his match with Uncle Rollo. Expect the unexpected!”

The Real Vikings is on History Tuesdays at 10pm.