Death on the Tyne on Gold: Meet the cast and characters

There's something about Christmas makes it the perfect time to settle down in front of a good old-fashioned murder mystery.

If BBC's Agatha Christie adaptation of The ABC Murders sounds a little too serious for you, check out Gold’s comedy offering this season.

[Read more: Which UKTV channels do you get on BT TV?]

The team behind the hilarious Murder on the Blackpool Express are back with another case: Death on the Tyne. Here’s who you can expect to see in the cast. 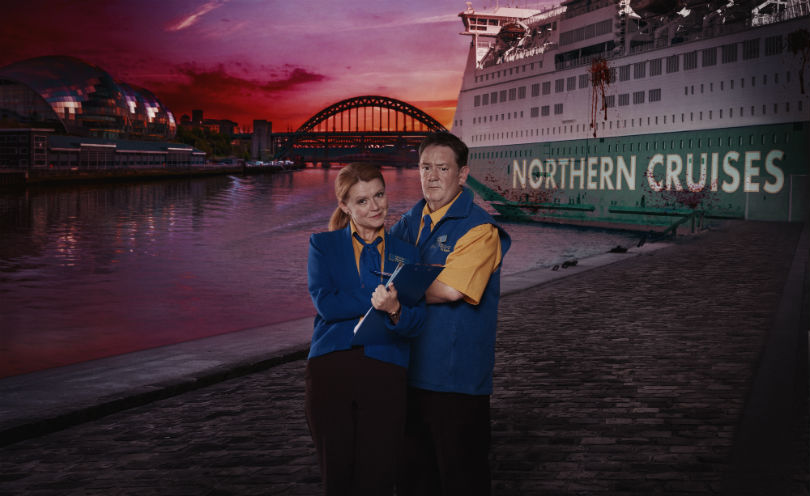 Tour worker Terry is back on another ill-fated trip, but this time he’s ditched the coach and will be leading a cruise from Newcastle to Amsterdam.

He’s still pining after colleague Gemma, but yet again he finds himself in the nightmarish situation of a murder being committed on one of his tour holidays.

Terry is played by Johnny Vegas, known for his long-running role in holiday sitcom Benidorm, as well as classic comedy spin-off Still Open All Hours. He starred in the series Moone Boy and makes regular TV panel show appearances, but some viewers may remember him as the face of PG Tips with his puppet friend Monkey.

[Read more: Who starred in Murder on the Blackpool Express?]

Once more, Terry is ably assisted by tour colleague Gemma, but will their romance blossom this time, or be sunk on the high seas?

Sian Gibson is best known for co-writing and starring in Peter Kaye’s Car Share, and had previously teamed up with the comedian on Phoenix Nights. Her acting work has also included soap roles in both Emmerdale and Hollyoaks. 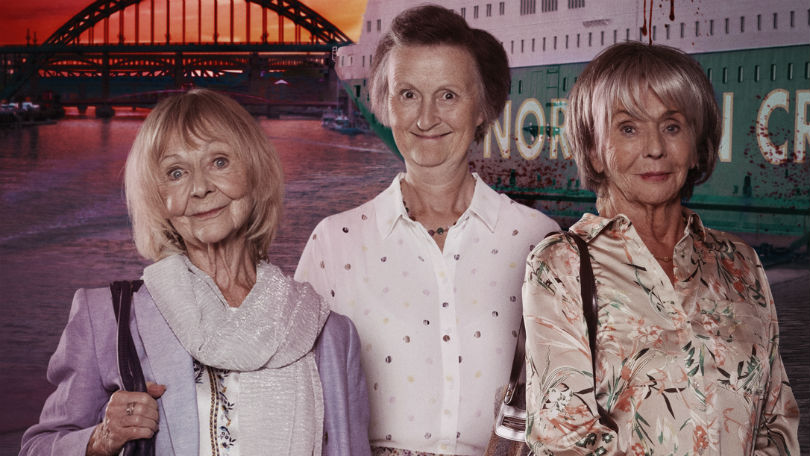 Bravely facing another of Draper’s tours is Mildred, who’ll experience a terrifying déjà vu when her holiday is marred by an untimely death again.

Although her crew Peggy and Marge have left the scene, Mildred has a new group of care home best buds.

Hilda and Colleen are in for a hideous holiday, but will they be the hunted or the hunters on the boat?

Georgie Glen is best known for her roles in Waterloo Road and Calendar Girls, and Sue Johnston is famed for starring in Brookside, The Royle Family and Coronation Street. 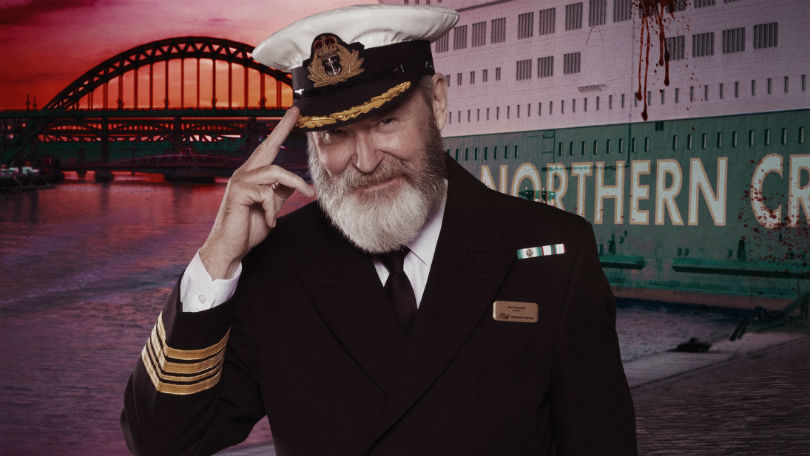 Skippering the Empress of the Tyne on its doom-filled voyage isCaptain Jack, who’s in for one of the worst sailings of his life.

The ageing lothario will have to try to keep a semblance of order when his ship descends into disaster.

He’ll be played by James Fleet, who starred in Four Weddings and a Funeral, The Vicar of Dibley, and Sense and Sensibility. 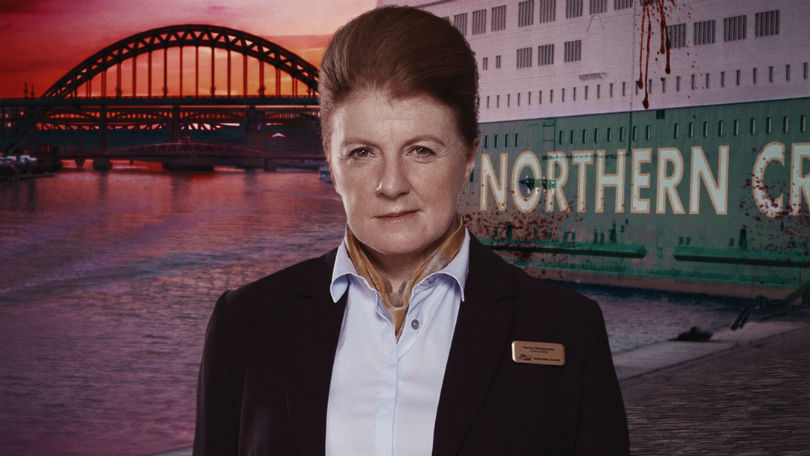 Cruise director Denise has a tough job on her hands when her liner is struck by a terrible murder.

She is played by Felicity Montagu, known for playing Lynn in Alan Partridge and Perpetua in Bridget Jones’s Diary. 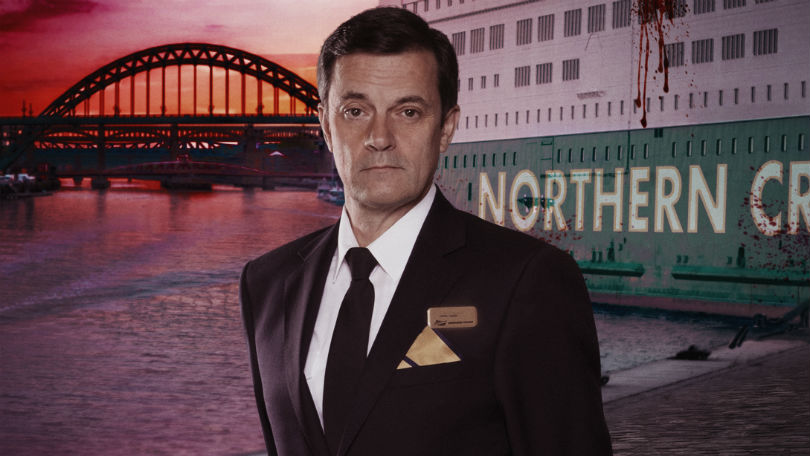 Could first mate Justin Valentine have some secrets he’s hoping to keep hidden?

He’ll be played by Tony Gardner, who starred in Last Tango in Halifax, Fresh Meat, and Bluestone 42. 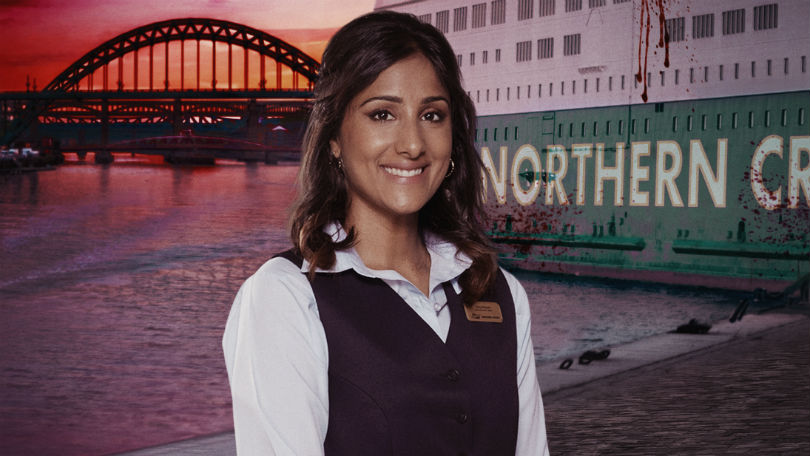 Barmaid Tracy meets all sorts in her job on the ship. Has she noticed anything suspicious about the characters or crew?

She is played by Taj Atwal, who viewers will recognise from Stella and In the Club. 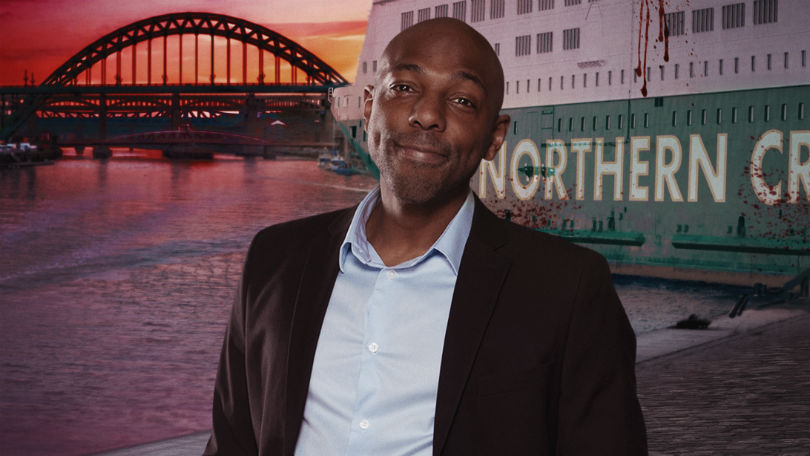 Every cruise ship needs a music team, but what, if anything, do this motley crew have to do with the murder? 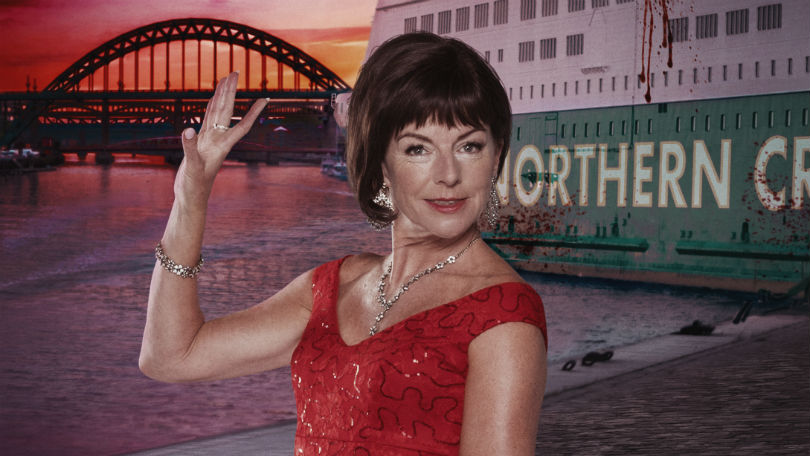 Death on the Tyne will air on Gold in December.