Far from your average GP, Dr Christian Jessen returns to running his on-screen clinic with even more dramatic cases.

Dr Christian Jessen is instantly likeable; and not just because he has offered to share the basket of breakfast treats laid out in front of him.

After watching him present eight series of Channel 4's Embarrassing Bodies and, more recently, diagnose, counsel and treat patients in W channel's (BT TV channel 311) Dr Christian Will See You Now, it turns out the 40-year-old is just as open, straight-talking and attentive in real life as he is on screen.

So there are no curve balls when he speaks his mind about the NHS and his gripes with how it is run.

He says: "I think the eight minute GP consultation is a lunacy and why we doctors have accepted that, I do not understand.

"I think that's bad medicine. There's no way you can look after someone and all their complex problems in eight minutes." 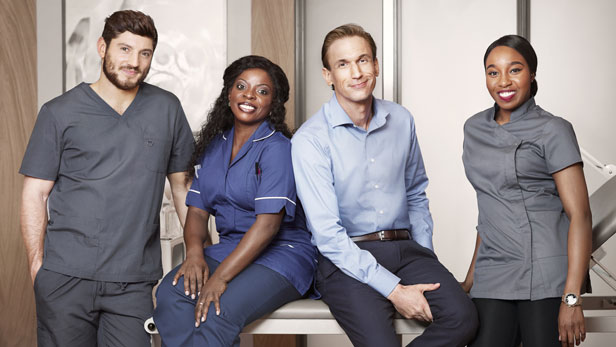 Such time restrictions are certainly not employed for the TV presenter's show on W channel, in which we see him dig deep to try and change often-desperate patients' lives for the better.

"We need to start seeing people as whole people and not conditions for a start, which sounds so obvious, doesn't it?" Jessen elaborates.

I had always wondered what it would be like to see him at work and it is easy to understand why people take to him so easily.

He edges forward to listen to my thoughts on the various topics we discuss, not because I've volunteered them but because he seems genuinely interested.

He continues: "On telly I have the luxury of time and if you just spend 30 minutes with a patient, letting them talk...when they come in with tummy pain, give them the time and the space and the confidence to open up, you realise there's a lot, lot, lot more going on than that.

"Actually the tummy pain isn't the major issue at all, but perhaps there were horrible childhood abuse things that went on, that they've just shut away, and they're sort of manifesting as tummy pain, because it's that anxiety and that horrible dread of a person that maybe wasn't very nice to you.

"With time, anyone can get that out and help the person. But an eight minute GP consultation? No way. Never. It's not going to be done."

London-born Jessen, who graduated in 2000 from University College London after training in general medicine, infectious disease, travel medicine and sexual health/HIV, says there has been an influx of people applying for the second series, and that the nature of the cases has changed this time round.

"Definitely the cases we've got are much, much more dramatic, and I don't necessarily just mean visually dramatic, but emotionally dramatic too," he remarks.

"It was hard work making it, for me it was very emotionally draining. The cases were dark and difficult and complex."

Is Jessen able to shut off from this challenging side of the job when he leaves the clinic?

"I've never understood that sort of, 'Don't take your work home with you', and all this sort of, 'Maintain a professional distance'," he discloses.

"I never liked medical training for all of those reasons, because I just thought it was all wrong, and I still do, and everything I've done since is to try and undo that.

"Of course I take work home with me, I lie in bed and I worry about certain patients and I think about certain things, and I am moved and affected by certain cases." 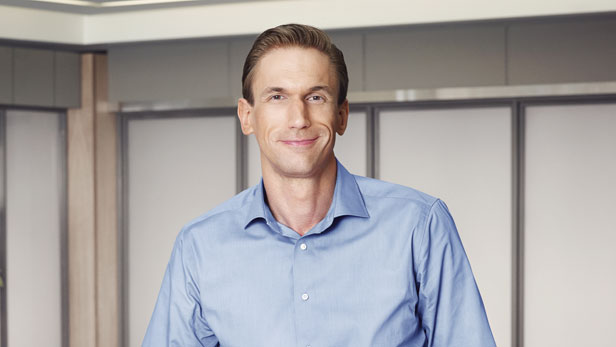 The new episodes of Dr Christian Will See You Now see a lot of patients with mental health issues visit the state-of-the-art clinic, something Jessen claims he has been trying to show on TV for ages.

"We had this whole rush of people coming forward about their sexuality and that was really important... you know, that had a massive knock on effect," explains Jessen.

On the topic of depression, Jessen affirms there were two reasons behind starting to discuss it more publicly himself.

"That was, a), because I found it therapeutic to actually talk about it, it was a relief to start talking openly about things," he confides.

"And, b), because if we want to make mental health 'a thing' and move forward, we need people talking about it."

He adds animatedly: "Interestingly, it was sort of overwhelming and very moving that some of the most re-tweeted tweets, if that even means anything, were my ones on my own depression and things like that, which meant people are interested and they are engaged."

Bulimia is another issue Jessen has been honest about battling with in the past.

"I think admitting that men have these problems too - it's not just a female's problem, a women's problem - is important, because there will be a lot of other people out there struggling along, but feeling ashamed because it feels like...it's shameful," Jessen expresses.

Putting forth his own experiences, the TV star continues: "And add into the pot you're advising people on telly how to be healthy, whilst struggling along with your own problems; you can see that that sort of compounds itself into this perfect storm of anxiety."

Jessen insists his personal struggles have made him a lot stronger though; and furthermore, reckons they have helped him in his job.

"You have to know that in order to really gain insight into them, you have to understand why."

Aside from his TV ventures, Jessen works as a doctor on the world famous Harley Street in London, looking after general medicine and sexual health patients.

Does he ever worry the celebrity tag will take over his day to day profession?

"One rule I've always had since day one of starting telly was my own medical career - my off-telly career - comes first," he responds matter-of-factly. "So I still do my clinic, and everything else has to fit around that, and...that's never changed."

Dr Christian Will See You Now returns to W channel on Tuesday October 3.