Dumbo 2019: Why Tim Burton's magical remake is one of the most emotional Disney movie adaptations to date

We reveal the best bits about the movie, fascinating facts you didn’t know and Easter eggs you didn’t spot, who plays who and more, as Dumbo is released in the BT TV Store.

Dumbo is just one of the many Disney movie remakes set to excite fans young and old - but it’s certainly one of the most emotional.

Directed by visionary filmmaker Tim Burton, the live-action adaptation of the classic 1941 animated movie expands on the beloved story of a baby elephant whose oversized ears make him the laughing stock of a struggling circus.

But when it’s discovered that Dumbo can fly, the circus makes an incredible comeback, attracting a ruthless entrepreneur who recruits him for his newest, larger-than-life entertainment venture, Dreamland.

Here, we reveal the best bits about the movie, fascinating facts you didn’t know and Easter eggs you didn’t spot, who plays the characters, and more, as Dumbo is released in the BT TV Film Store.

> Dumbo is available to rent from Monday, July 29

Who’s in the Dumbo cast? 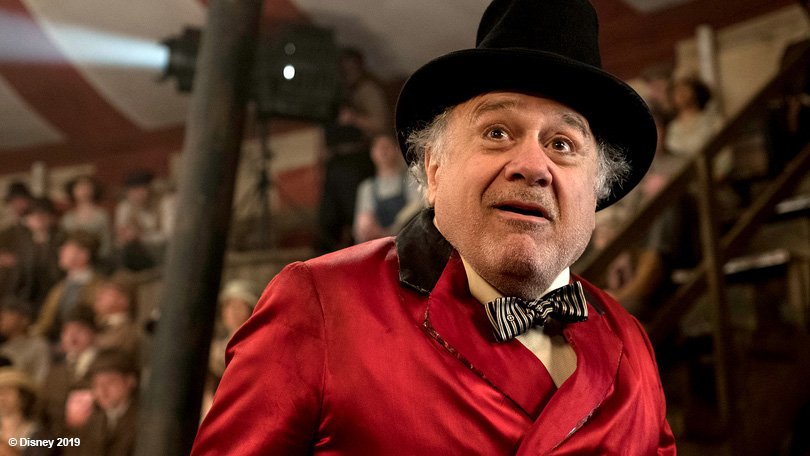 Michael Keaton (Batman, Birdman) is  V. A. Vandevere, a ruthless entrepreneur who buys Medici's circus to exploit Dumbo for his own bohemian amusement park, Dreamland, while Colin Farrell (The Lobster, In Bruges) plays Holt Farrier, a former circus equestrian performer and the elephant's caretaker. 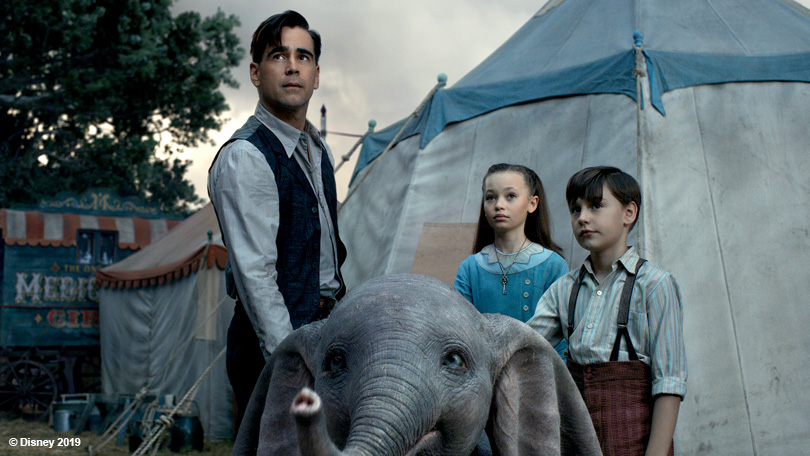 1. It expands on the beloved classic

The 1941 animated movie is just over an hour long, while the 2019 remake is just short of two, giving it plenty more time to expand on the original story.

As Hannah Wales from The World of Celebrity writes: “[The original film] ends where everyone learns about Dumbo’s ability, so I knew immediately that this remake would expand the story and explore what happens next, and I really liked what the team came up with.”

Where the 1941 version is focused entirely on Dumbo, the 2019 version adds a major storyline about a family who look after the elephant after discovering his magical ability.

Producer Derek Frey explains to RadioTimes.com: “We felt you couldn’t sustain an hour and 50 minute-long film solely on Dumbo’s perspective. That has already been done.

“Ehren Kruger, the screenwriter, it was his idea to tell a human story that parallels Dumbo’s trajectory as well.”

2. Visionary filmmaker Tim Burton is at the helm

While recent Disney remakes like Beauty and the Beast and The Jungle Book have remained fairly loyal to the animated originals, Dumbo isn’t strictly a remake.

By expanding on the original story, visionary director Tim Burton ‘soars to new heights’ with Dumbo, with some movie critics calling it his ‘best movie in years’.

Karen Han from Polygon writes: “Burton has more on his mind than just elephants, and it’s a welcome return to the cohesive colour of Batman and Big Fish (and the mania of Charlie and the Chocolate Factory) when he finally takes his shot.”

She continues: “Burton is a visual filmmaker and Dumbo’s best sequences - the grandness of Dreamland, the colors the characters wear, the pure joy when Dumbo takes flight - don’t require words, which is, in the end, perhaps the film’s greatest tribute to the original.”

In fact, Burton’s turn as director was one of the reasons why many of the cast got involved in the project.

"I had wanted to work with Tim for a long time, I had been a fan of his for even longer than I've been an actor," Farrell told The Hollywood Reporter.

"To be in proximity to the power of his imagination and to see it physically manifest itself with grass and tents and horses and all of these circus performers was an extraordinary thing to be a part of, and of course with a story that has as much heart as this one has."

DeVito, who has already worked with Burton on several film projects, praised the director during a Dumbo press conference.

"I think he's brilliant. I think he's just a genius. His artistry is just astounding," he gushed.

"You give a talented person like Tim a subject like ‘Dumbo’ with all the great meaning and messages and metaphors - and what does he do, he sends it off into the stratosphere. He's one of a kind.”

3. It’s one of the most emotional Disney remakes

The story of Dumbo is tear-jerking in itself - a ‘misfit’ elephant mocked for having big, floppy ears, thus making him ‘different’.

Even the release of the trailer got fans emotional, with Nerdist headlining an article: ‘Yes, Yes, This New DUMBO Trailer Will Make You Cry, Too’.

And the movie didn’t disappoint on the tear-jerker scale, with Ariana Brockington from Refinery29 writing: “Dumbo will make you want to scream at the ridiculous humans who fail to respect him and then make you want to cry seeing poor baby Dumbo suffer.”

Hannah Wales from The World of Celebrity agrees: “It hits the emotional beats of the original - I got tears in the same places as before!”

But if you’re after something similarly emotional, save your tissues - The Lion King re-make is also coming soon…

How to buy Dumbo and watch on your TV box

3. Click to buy Dumbo and watch on your TV box now

Dumbo trivia and Easter eggs: Did you know...

1. In the original film, the storks deliver babies to the animals in the circus, with one eventually dropping off baby Dumbo. In the 2019 film, storks can be seen right before Mrs Jumbo gives birth to Dumbo.

2. One of the pet mice kept by Milly (Nico Parker) is a nod to Timothy Q. Mouse - Dumbo's friend who defends him from bullies in the original film.

3. According to IMDB, there was a swear jar on set. Whenever an actor swore, they needed to put money in the jar. At the end of shooting, the total was given to charity. Allegedly, Colin Farrell was the worst offender and was responsible for most of the takings.

4. Blink and you’ll miss it: Danny DeVito's daughter Lucy DeVito appears in the film as a coat-check girl.

5. One of the most renowned sequences in the original film is when a drunk Dumbo blows a large bubble out his nose, only for it to turn into a herd of pink elephants, writes CBR.com. Burton adds his own spin on this pink elephant scene, with the elephants created from bubbles coming from special wands waved by circus performers.

What the fans are saying about Dumbo

#dumbo was awesome today! I forgot how sad that movie was! 😭

Thank you @TimWBurton for #Dumbo (yes I'm late in watching it) you helped me relive the emotion of my favourite Disney character. Best Disney remake so far and actually made me cry with happiness at the end. Possibly my new fav Burton film! pic.twitter.com/oYb30wAeVf

It's not often I cry at fictional films, although I just watched #Dumbo and wept my eyes out! Best film this year, by FAR!

This elephant is too sad... and not in a good way. I'm traumatised. 😭#Dumbo pic.twitter.com/m2sQTiuBuV

Catch up on the original animated adventure with Dumbo (1941) - available to buy or rent now. Fancy something more modern? Loads of live-action Disney movies are available in the BT TV Film Store now, including The Jungle Book and Cinderella.

> Dumbo is available to rent from Monday, July 29