While many TV survivalists have their crew on hand to rescue them, Ed Stafford is stranded with little more than a camera for company. Here’s why we think you’re going to love Discovery’s new survival show.

Ed Stafford has travelled the world several times over, earned his place in the Guinness World Records in 2010 for being the first man to ever walk the entirety of the Amazon, is a recent first-time father and has just completed his fourth series for Discovery Channel – Ed Stafford: Left for Dead.

This truly adrenaline-packed show pushes the survivalist concept to its absolute limit. Here’s why we think it’s going to be your latest telly obsession.

1. It’s just one man and his camera 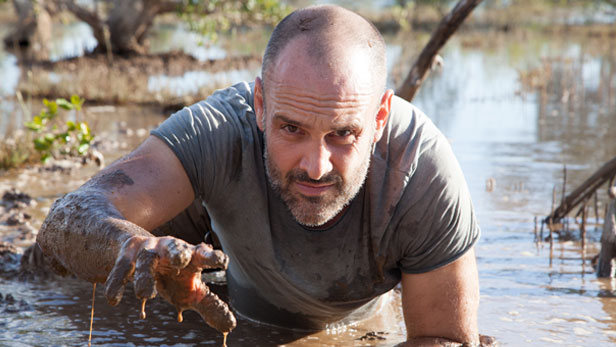 Unlike many survivalist shows where there’s a whole crew following the presenter, Ed Stafford: Left for Dead is quite literally what it says on the tin.

Ed, 41, is sent to the most remote corners of the world and given 10 days to find his way to a designated pick-up spot – where his team await him.

Left with just a backpack filled with basic survival tools, a couple of cameras and a drone, Ed is out on his own.

“I film all of the shots by myself. This can mean having to go up a mountain, planting the camera and then going back down to get that important shot of me reaching the top. It’s incredibly physically demanding and a lot pressure. I’ve got to ultimately film, direct and star in the show.

"I have to think: what will be interesting to the viewer? Whereas in other shows you’re directed what to do, with this it’s all up to me,” Ed told us.

2. It's shot in some of the most remote corners of the world

Discovery deliberately picked remote areas almost completely undisturbed by man for Ed to be stranded in.

From what we’ve seen in the previews, these lands are incredibly dangerous and wild, testing Ed’s abilities to the absolute max. In fact, Ed pointed out that of all the six locations he’s sent to, there is even one that he isn’t able to find his way out of within the 10-day limit.

“It’s embarrassing to admit because ultimately I failed but it shows the realness of the show. I was in a bad way physically and starved of water and food I don’t think I’d have made it if I’d continued on my journey.” 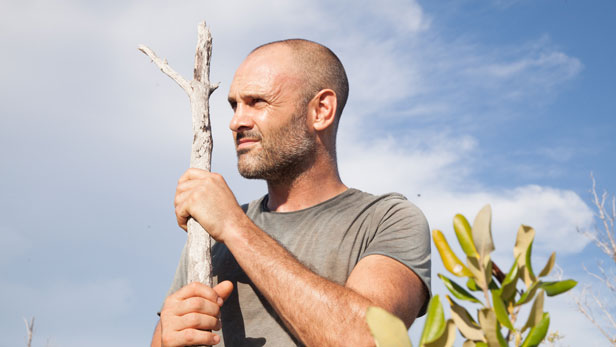 As an internationally acclaimed explorer and television personality, it’s been impossible for Ed to escape comparisons to Bear Grylls. While Ed notes that many of his fans claim he’s in fact the 'real' Bear Grylls or a more genuine example of a survivalist, Ed says he still has the utmost respect for the British adventurer:

“A lot of fans say I’m the real deal and that Bear Grylls is more fake or staged but I have to respect and be grateful for him because he created the space and appetite for explorers such as me in television.

"If it wasn’t for Bear I don’t think there would be this series or probably any of the others. He’s paved the way for people like me.”

“I don’t think there’s any food I’ve said no to! I love fish eye balls and sucking the brains out. I even ate a woolly monkey once!” Ed proudly told us.

Indeed, if you like to be grossed out, this is the show for you - watch Ed munching on snails, charcoaling a rat and eating it whole, or trying to catch fish using his own excrement.

“In public toilets in Borneo above water I’d watched fish going towards excrement and eating it in toilets and so I thought that was quite a good idea.

I found an old plastic bottle, chopped the top off and inverted it. You put it in the water and the fish can swim into but they can't swim out. But I didn’t have any bait and so I pooed in it and the fish did come straight to it.” 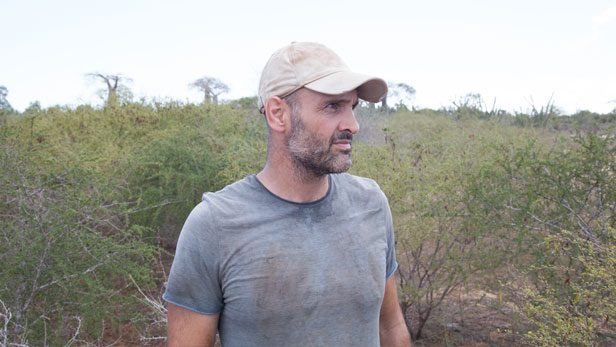 Ed is completely engaged with the camera throughout the episodes, providing updates, sharing his navigation strategies and pointing out his various survival skills as he goes along.

In just one episode alone he shows how to successfully make a rodent trap, how to decipher which wild mushrooms are edible and how to use animal hair to create a fishing wire.

Ed said one of the reason why he’s able to be so enigmatic in front of the camera because it’s what helps to keep him motivated during often extremely challenging circumstances.

“The camera became a bit like Wilson [the volleyball] in that Tom Hanks film, Castaway. Sometimes I’d feel down and lonely but once I flipped the camera on it was like chatting to my old friend.”

Catch up on the series on the BT Player and the BT TV App.