Find out some little-known facts about one of the nation’s favourite comedies.

Who doesn’t love Fawlty Towers? Whether you watched the sitcom when it originally aired or have grown up with the reruns on TV, most of us will be familiar with the sitcom starring John Cleese as manic hotel owner Basil Fawlty.

But while you may be able to repeat the most famous lines word for word, how much do you really know about the 70s series?

Read on to find out some fascinating facts about Basil, Sybil, Polly, Manuel and co.

1. It’s based on real-life rudeness 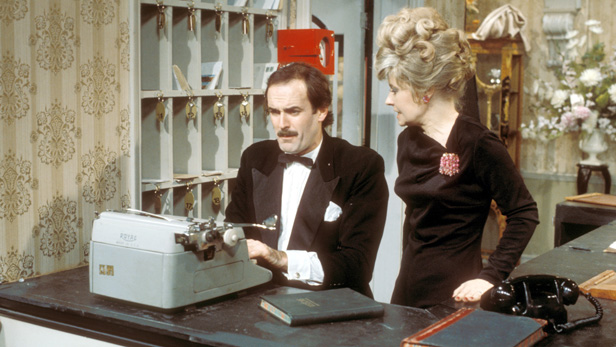 It may seem hard to believe, but Basil Fawlty was inspired by an actual hotel manager, Donald Sinclair, whom Cleese called “the rudest man I’ve ever met” after he stayed at his Gleneagles Hotel in Torquay with the rest of the Monty Python gang.

Sinclair’s Fawlty-worthy behaviour included throwing a bus timetable at a customer and hiding Eric Idle’s briefcase behind a garden wall in case it contained a bomb.

[Quiz: How much do you know about Fawlty Towers?]

2. The first script was rejected by the BBC

Apparently, the Beeb didn’t recognise Fawlty Towers as comedy gold the first time they laid eyes on it.

Cleese spoke of the negative reception at a 30th anniversary event where, according to The Times, he said: “Connie (Booth) and I wrote that first episode and we sent it in to [producer] Jimmy Gilbert, whose job it was to assess the quality of the writing, and I can quote [his note to me] fairly accurately, 'This is full of clichéd situations and stereotypical characters and I cannot see it as being anything other than a disaster.'

"And Jimmy himself said, 'You're going to have to get them out of the hotel, John. You can't do the whole thing in the hotel.' Whereas, of course, it's in the hotel that the whole pressure cooker builds up."

3. Critics didn’t love it at first, either 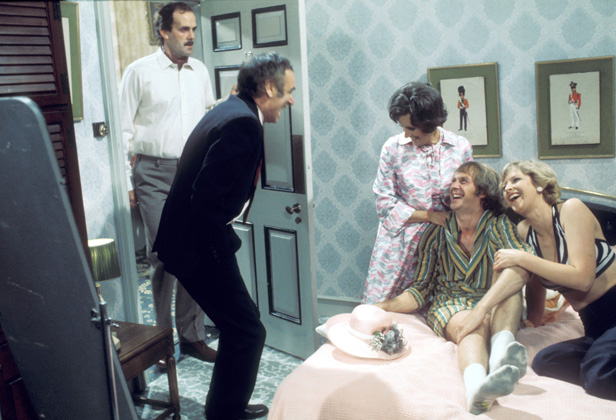 The Spectator’s Richard Ingrams was so scathing about it that Cleese and Booth named one of the hotel guests in the second series Mr Ingrams and wrote a storyline in which he was found in his room with a blow-up doll.

4. You won’t see the English Riviera anywhere in the sitcom

Despite being set in Torquay, both series of the programme were actually shot around London and Buckinghamshire. Fawlty Towers only ever ran for two series that were both six episodes long each and aired four years apart in 1975 and 1979.

It’s long been rumoured that a 13th episode was written and that a rough cut of it existed. Many fans believe it to be completely fictional, although we’d love the rumour to be proved true one day.

6. There was almost a feature-length Basil Goes To Spain episode

Cleese explained in an interview filmed for the DVD box set: “We had an idea for a plot which I loved. Basil was finally invited to Spain to meet Manuel's family. He gets to Heathrow and then spends about 14 frustrating hours waiting for the flight.

"Finally, on the plane, a terrorist pulls a gun and tries to hijack the thing. Basil is so angry he overcomes the terrorist, and when the pilot says, 'We have to fly back to Heathrow' Basil says, 'No, fly us to Spain or I'll shoot you.'

"He arrives in Spain, is immediately arrested, and spends the entire holiday in a Spanish jail. He is released just in time to go back on the plane with Sybil. "

It was very funny, but I couldn't do it at the time. Making 'Fawlty Towers' work at 90 minutes was a very difficult proposition. You can build up the comedy for 30 minutes, but at that length there has to be a trough and another peak. It doesn't interest me. I don't want to do it.”

7. Keeping it short and sweet inspired other comedians 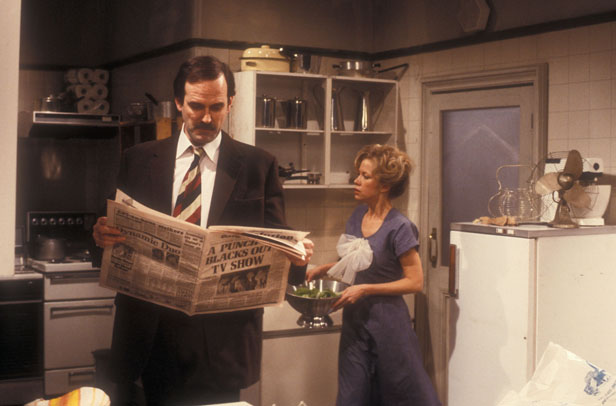 There may only have been a handful of Fawlty Towers episodes, but it ensured that the sitcom went out on a high.

Other stars who’ve cited the programme as a reason for keeping their own work to a minimum include Ricky Gervais and Stephen Merchant for The Office and Extras, Rik Mayall, Ben Elton and Lise Mayer for The Young Ones, and Victoria Wood for Dinnerladies.

8. The Americans tried to remake it… without success

Four versions of the sitcom were rewritten for a US audience, but only three were made.

'Chateau Snaveley' only made it as far as a pilot in 1978, 'Amanda’s' only managed one series in 1983, and 'Payne' also failed to make it past a first series in 1999. A 2001 German pilot, Zum Letzen Kliff, was not successful either, proving that Cleese and Booth’s genius cannot be replicated. 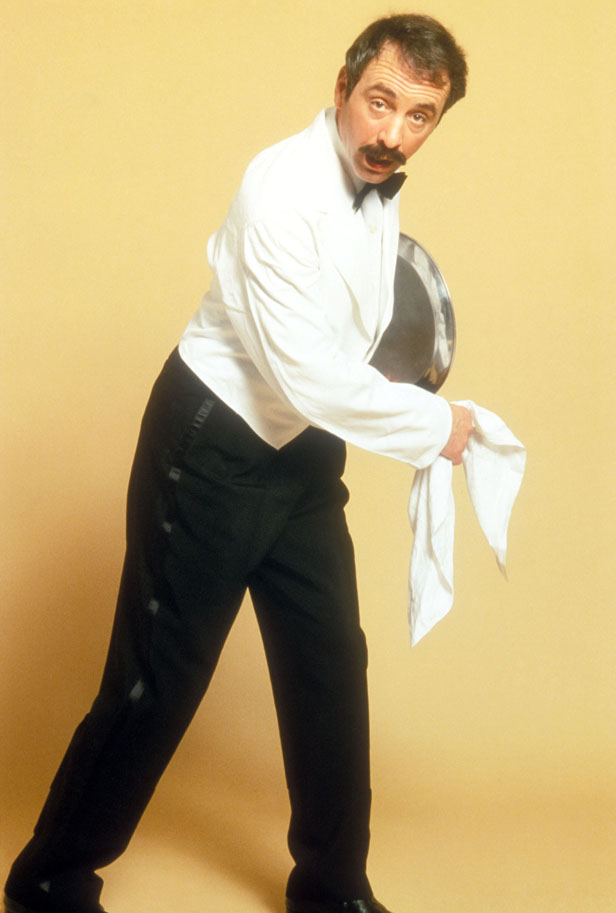 The actor recorded Shaddap You Face and a B-side, Waiter There’s A Spanish Flea In My Soup, in character in 1981, but it never made the charts.

Joe Dolce, who originally sang the song, blocked its release as he was about to launch his version in the UK. When he did it spend three weeks at No.1.

10. Manuel was not popular with Spanish viewers

Fawlty Towers originally did badly in Spain as, unsurprisingly, viewers there did not warm to Spanish character Manuel and his daft behaviour.

However, it gained many more fans in Spain once Manuel’s nationality was changed to Italian, and to Mexican for the Catalan region.

To celebrate Gold's 25th anniversary a box set of Fawlty Towers is available on the BT Player.