Fear the Walking Dead season 3: 10 secrets from set with the cast and crew

Promising to be the show’s most tense, thrilling and scintillating episodes yet, we caught up with the show’s cast and crew on set in Mexico to discover some teasers, spoilers and clues about what’s in store for Madison, Alicia, Strand and the gang.

1. The show is more explosive than ever 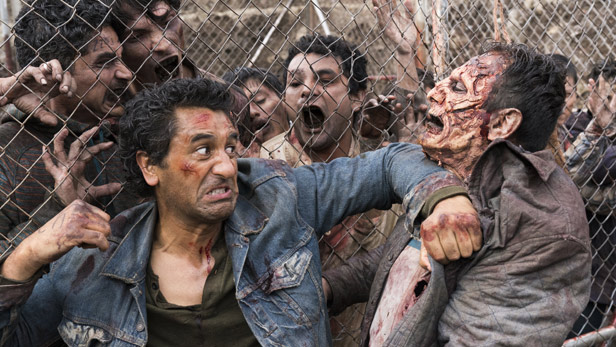 "I think they definitely upped the pace and they upped the action," said Alycia-Debnam Carey, who plays Alicia Clark.

"They added some great new characters as well, so it adds a whole lot of element of power dynamics and power struggles which was really cool.

"This is a really exciting realm for us to explore. So it made everything a little bit more energised here."

2. Season three is about the characters reuniting

Showrunner Dave Erickson teased: "What’s interesting to me this season is to start to see those people come back together and also just clocking how they’ve changed. They’re different people. I think when we eventually see Strand, we will see Strand work his way back into the fabric of the overall show."

3. The border plays a bigger role in season three 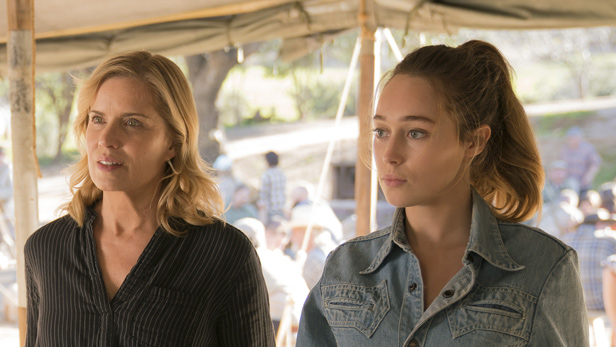 "I think more so this season than in season two,” said Erickson.

"I think I wanted to land on a border story this season and that was the reason we introduced the militia group last season. It was one of the reasons we went to Mexico. There is something intriguing thematically about the border and the collision of different cultures and different ideas and different languages.”

4. The show is relevant to Trump’s America

"I think this season was always going to be a bit more politicized," said Erickson.

"I mean I've said in the past that, you know, this isn’t a polemic. But I think when you do a story in our current political atmosphere, it was inevitable."

"I just think when you set your story in a world that is by its nature politicized it’s inevitable that that’s going to come into the story and I think that’s a good thing. I mean for me anyway. It just adds something to it and makes it a little bit more pertinent."

5. We're going to delve into Madison's past

"We’ve been dancing around Madison’s backstory for quite some time, really since the pilot," said Erickson.

"And we will start to get a better picture of where she came from, who she is and, you know, why she has become this person who can be incredibly nurturing and supportive for her children, but she is also able to allow violence, she is able to commit crimes. There is a reason for that and it really comes from her past."

So that reinvention we started talking about in terms of Los Angeles and the origins of the show, we will get a better sense of what her origin story is, you know. 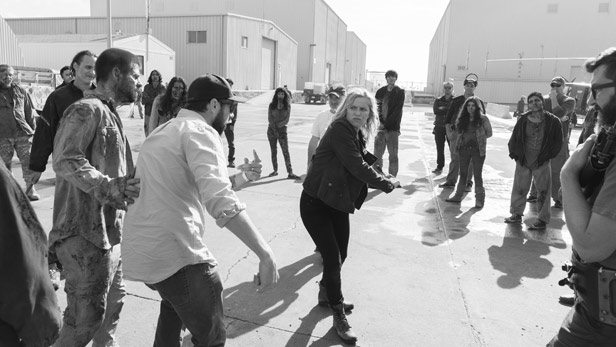 6. Kim Dickens believes Madison is going to get dark

"I think Madison is learning that there is no place for her moral compass anymore and her compassion," said Dickens.

"And I think she set on not making the mistake she was making before and she eventually draws lines there. You see a darker side of her, more merciless."

7. The characters have to face their fears

"I think that the characters in season two, there was a deconstruction of all the characters,” says Victor Strand actor Colman Domingo.

"And I think in season three, we’re seeing survival. I think the tagline is 'Face your fear'. And I think the fear is  who you are and what’s underneath you.

8. Frank Dillane though Colman was English when they first met

Talking about the voice of Victor Strand, Colman said: ‘Frank thought I was British’

“It is part of my lower register and I think it’s part of where he gets his power, where he is commanding. Because once again, I think it’s also fabricated.

“Everything he did, he sort of made it up in a way. Like how does he get attention of people? The way he dresses, the way he uses language.”

9. The show has got Kim Dickens ready for the apoclaypse

"I think it’s made me think about what I’m capable of, because it’s not that far from what could really happen." she said.

"If we lose internet, how many things are shut down because of that instantly? Things like that. You know the government is... America is a little rocky right now. Everybody is in activism mode. You just start to realise how close things are and you start to examine what you would really be capable of – if the rules changed."

10. Alycia Debnam-Carey has a plan to survive the apocalypse that could end the show 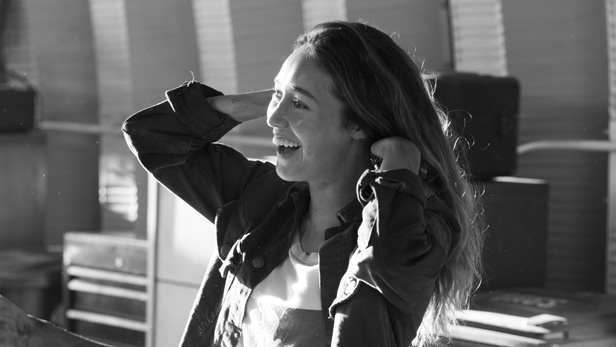 "My idea would just move everything in a tree. Live in the trees, live in a treehouse, that would be my solution.

"I actually have told the writers. And they were like, '****! that will end the show'.  I was like, that would be a great idea guys, we can all live in a treehouse, it would be really fun."

[Read more: Fear the Walking Dead season 3 - Everything you need to know]