Get to know the stars of the stylish new series which lifts the lid on the cut-throat world of celebrity public relations.

Lifting the lid on the glamorous world of celebrity PR, Flack shows the dodgy dealings that go on to keep the reputations of the rich and famous squeaky clean.

The W drama, directed by Full Monty, Rev. and The A Word helmer Peter Cattaneo, has an impressive female-led cast – find out who's starring in this must-see new show.

[Read more: What to watch on W]

Got BT TV? Watch Flack now on the BT Player >

She’s ambitious, driven and immaculately organised in her work life – but a bit chaotic in her personal life, where she cheats on her boyfriend with her clients and is trying to put him off his plans to start a family.

Robyn is also grieving her mother, who jumped off the Brooklyn Bridge, leaving her wondering whether she could have done anything to prevent it.

Anna Paquin, who plays Robyn, says: “She makes you ask questions about your own moral compass in a way that’s uncomfortable. Those questions are jabbing at you: What would you do? The obviously good thing, the obviously bad thing or something in-between? Most people try not to get themselves into trouble. So if you put them against a wall, they do what it takes to get out of it.”

The actress, who won an acting Oscar at the age of 11 for her role in 1993 film The Piano, is best known for True Blood, as well as the X-Men franchise and TV series Alias Grace and The Affair.

[Read more: Why you need to watch Flack]

Robyn’s boss Caroline is formidable and highly capable. She takes no nonsense from her staff and boasts a sharp wit.

Caroline is played by Sophie Okonedo, who said that her character is something of an actress herself. 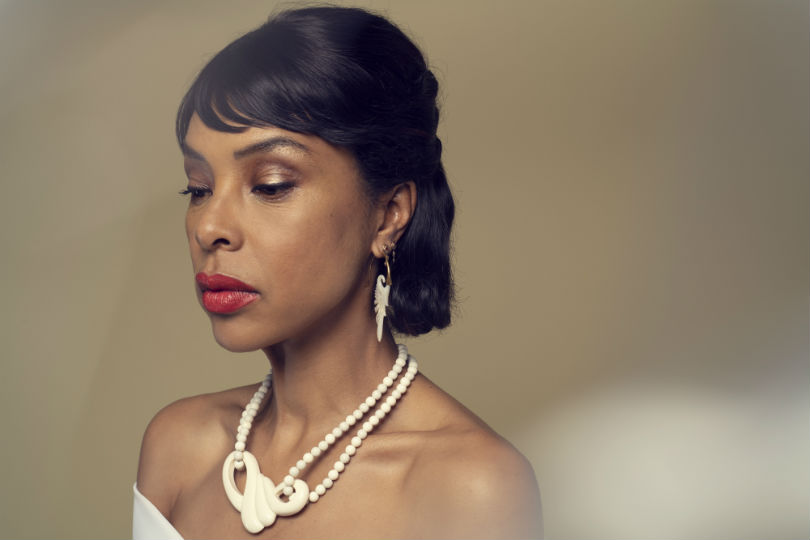 “She’s the embodiment of PR. She’s very much of that world. She’s created this character called Caroline who talks in a posh way. That may or may not be a true reflection of her. She’s not quite who she appears to be. She’s hiding something," Okonedo admits.

“She’s manufactured this character who is appealing to clients in order to make a profit. She equates profit with success. She cut her teeth in New York where they’re not ashamed to talk about profit.”

Sophie is known for her roles in Hotel Rwanda, The Hollow Crown and TV adaptation The Slap.

Best friend and colleague of Robyn, Eve is a natural at PR thanks to her emotionally detached upbringing which taught her to charm a crowd while not connecting personally with any of them.

She loves to party and is described as morally bankrupt. 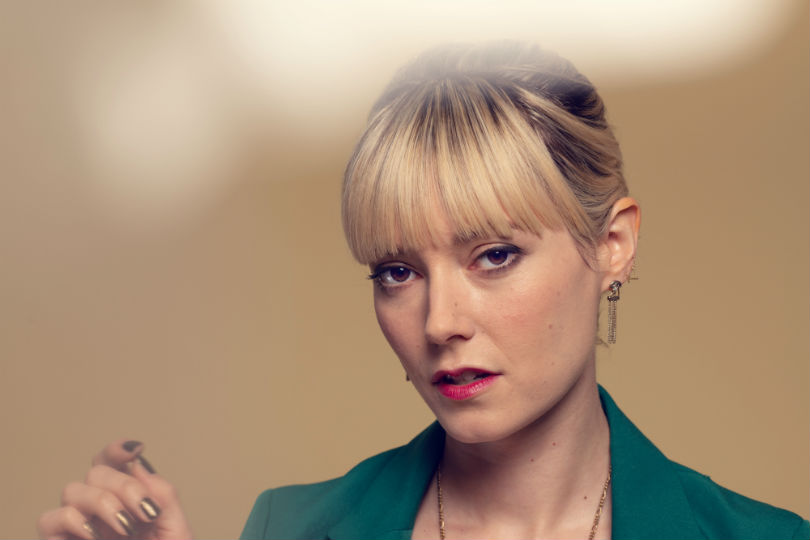 “Eve is completely in love with Robyn. She massively idolises her. Eve sees Robyn as brilliant at putting on masks, although she is aware that Robyn hints there is much more underneath," she says.

"Also, Eve understands that Robyn didn’t have it all handed to her. She’s had to work her way up.”

Super-keen intern Melody has just joined the company and is desperate to impress.

But how will she balance her naivety with the demands of the job, and what will she be willing to give up personally for success? 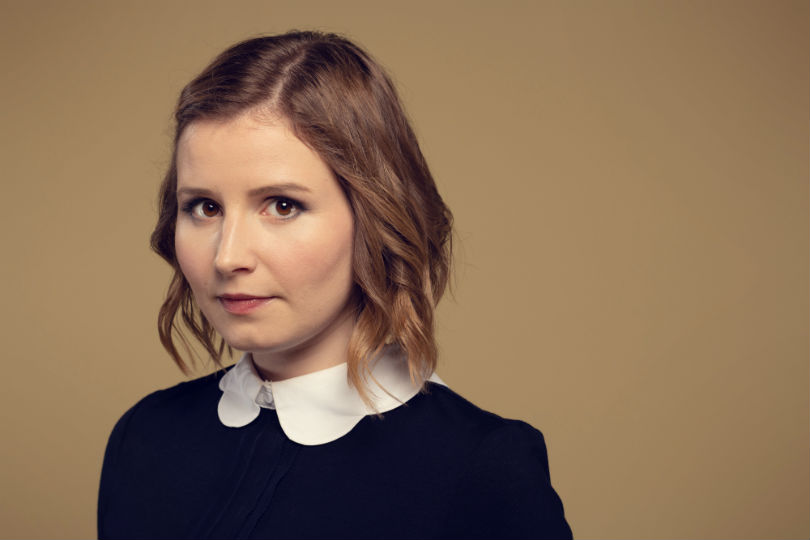 Rebecca Benson (The White Princess) said: “Melody is desperate to please the people she respects. She also knows that an essential part of the job is commitment and ambition and a genuine interest in making things fun. She is a very quick learner, too. She’s the type who will only make a mistake once. She’ll immediately learn from it.”

Robyn’s boyfriend Sam is a nurse who has left his playboy days behind him and wants to settle down with a family.

But if he discovers her indiscretions with clients, how will he feel about their prospects for their relationship? 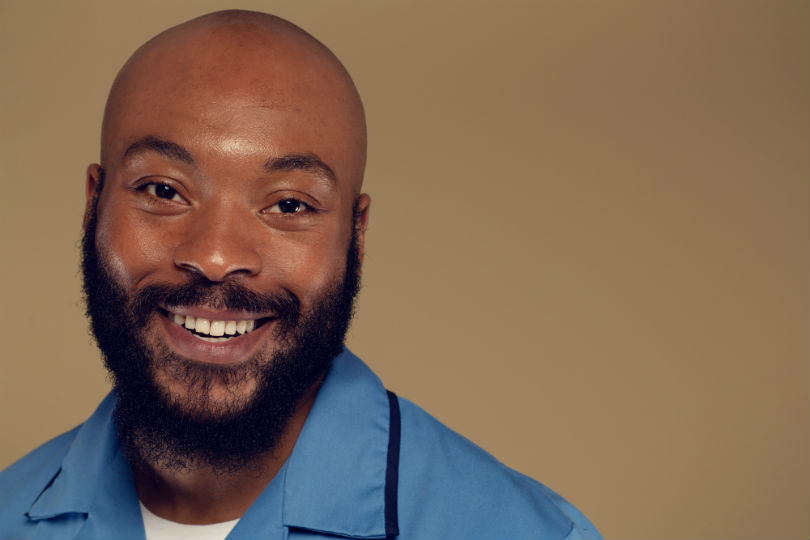 Arinze Kene (Informer, Youngers) said: “They are at a pivotal point in their lives. They’ve been together for quite a while and they’re at an age where they have to decide about the future. They thought they would spend their lives together, but gradually we see cracks forming. Their relationship is certainly put to the test over these six episodes.”

Ex-dancer Tom is the charismatic man that Robyn meets at an addicts’ recovery meeting.

She initially tries to set him up as a boyfriend for Eve, but then has to admit to herself that she feels very drawn to him.

He’s played by Marc Warren (Safe, Jonathan Strange & Mr Norrell, Hustle), who said: “There is a vibe between them. They met in recovery, so it would be quite frowned upon if they went out. You’re there to recover from addiction; it’s not supposed to be somewhere to meet a partner! But there’s no denying that they are attracted to each other because they’re both damaged.” 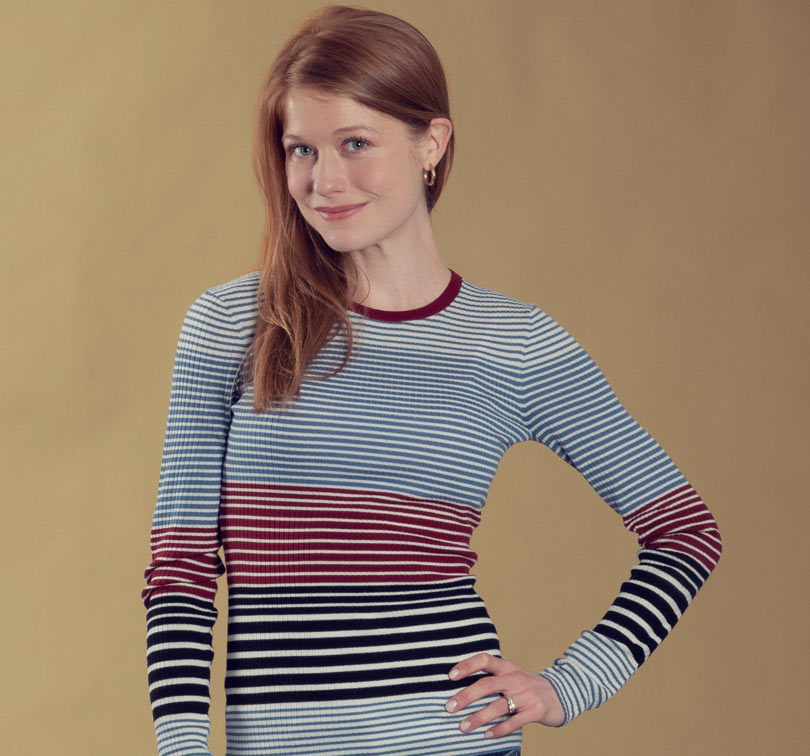 Robyn's sister, confidant and emotional rock. A mother of two who loves her children but can’t help longing for the life she used to enjoy before their arrival, Ruth is intent on trying to keep her inner fire alive - even if that is often only possible vicariously through her wayward sister.

Ruth’s comfortably old-fashioned husband, Mark. A doting family man who feels it’s his duty to provide for his family, Mark is nevertheless destabilised by events of his own making early on in the series and must come to terms with the type of man he is, or aspires to be.

Rufus has appeared in numerous acclaimed comedy series including W1A, Hunderby and Stag. He played Terry Jones in the BBC film Holy Flying Circus and appeared in Steve Coogan's Stan and Ollie film earlier this year. He has written and will star in upcoming Channel 4 comedy Home.

Flack lends itself perfectly to guest stars as there are plenty of roles to fill as the firm's celebrity clients.

Max Beesley will play a TV chef, Katherine Kelly is the founder of an organic cosmetics company who is caught getting plastic surgery, Amanda Abbington plays an award reject who needs to look happy for a bitter rival, Alan Davies plays a comedian accused of being transphobic, and Rebecca Root plays the trans comic who heckles him.

Chu Omambala, Tsion Habte and Indra Ove feature in an episode about a former talent show winner about to be dropped by her record label, Bradley Whitford is an obnoxious film star client who Robyn has to accompany to collect a humanitarian award, and Amy Huberman plays a client who's secretly hired a surrogate because of her busy schedule but is then pictured without her fake baby bump.

Oliver Lansley’s (Whites) series introduces Robyn (Anna Paquin), a hugely capable American PR executive working in London who specialises in clearing up the monumental messes caused by her hapless and selfish clients. Although utterly in command of her job, her personal life is spinning out of control.

Robyn thrives in the work environment. There she enjoys close relationships with her office “family”: her tyrannical, yet impressive boss Caroline (Sophie Okonedo), her tirelessly hedonistic yet brilliant colleague, Eve (Lydia Wilson), and her endlessly willing intern, Melody (Rebecca Benson). If there is media fire that needs putting out, who you gonna call? Robyn.

Robyn’s (Anna Paquin) reverie about taking drugs in a noisy nightclub is interrupted as she comes round and realises she is in fact at an NA meeting in a community centre.

Trying to turn off her persistently ringing phone in her handbag, Robyn inadvertently tips out a cocaine bullet, much to the amusement of Tom (Marc Warren), the man sitting next to her at the NA meeting.

At a crisis meeting the next morning with Summer Bolton, a former BGT winner who is about to be dropped by her record label, Robyn and Eve cook up the idea of making a leaking a lesbian sex tape to keep Summer in the headlines.

As Robyn’s fertility app alerts her that her period is five days late, a desperate Mark calls on her at the office. He discloses that he lost his job three months ago. He hasn’t dared tell Ruth and now needs Robyn’s help. So, she gives him a job leaking Summer’s sex tape…

Flack airs on W channel on Thursdays at 10pm.