Red carpet-ready: How to watch E! Live from the Red Carpet at the Oscars and Grammys in the UK

Giuliana Rancic returns to present the E! red carpet at the 2019 Grammys. Here’s everything you need to know to follow the awards season on the channel.

Entertainment channel E! returns to the red carpet for the two biggest award ceremonies of the year, sharing all the pre-show excitement and exclusive interviews from the biggest nights in music and cinema.

You can watch E! on BT TV, one of 60+ premium channels available for BT TV customers.

When does E! Live from the Red Carpet air in the UK?

Live From The Red Carpet: The Oscars starts at 10pm on Sunday, February 24, on the same channel.

Where is E! Live from the Red Carpet filmed? After presenting at the 2019 Golden Globes and SAG Awards, long-time E! presenter Giuliana Rancic will host the E! red carpet coverage at the 2019 Grammys. She’ll be joined by Ryan Seacrest.

Before the stars pick up their awards, they have to walk the red carpet. 🏆 💃

E! News Daily Pop host Morgan Stewart is thought to be part of the presenting line-up.

A post shared by Morgan Stewart Fitzpatrick (@morganstewart) on

The red carpet hosts for the 2019 Oscars have not been confirmed, but Ryan Seacrest, below, presented E!'s Academy Awards coverage in 2018. 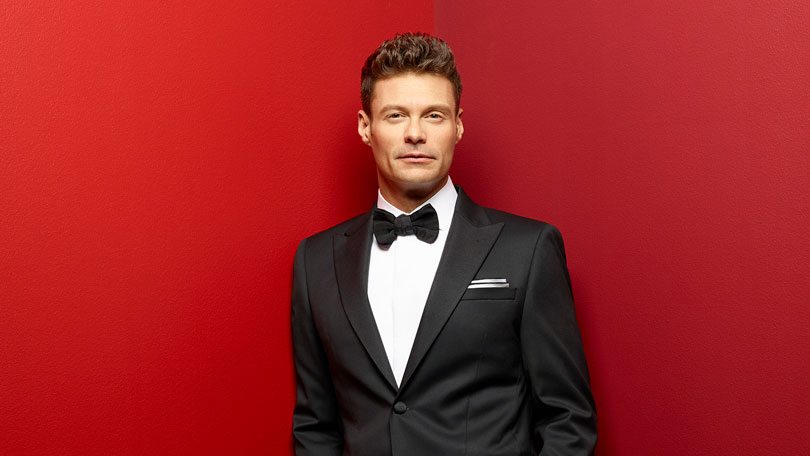 What celebrities will be on E! Live from the Red Carpet?

Although there’s no guarantee they’ll stop and chat to the presenters, celebrities expected in attendance at the Grammys include nominees Kendrick Lamar and Drake, alongside performers Shawn Mendes and Camila Cabello.

Celebrities expected on the Oscars 2019 red carpet include nominees Lady Gaga (pictured above at the 2019 Golden Globes), Emma Stone and Rami Malek.

[Read more: Why to watch A Star Is Born on the BT TV Film Store]

Yes! Watch the official trailer for E! Live on the Red Carpet at the Grammys below:

The Red Carpet is BACK for 2019! All your favourite #Grammy nominated artists are ready to hit the red carpet in style. 💃

Live From The Red Carpet: The Grammys starts at 11pm on Sunday, February 10, only on E!

E! is one of the 60+ premium channels available for BT TV customers.