BT TV speaks with the Frasier and Cheers star about his new legal drama Proven Innocent, which airs in the UK on Universal TV.

There are only a small handful of TV shows that no matter where you are in the world, when you switch on the hotel TV, if you scroll through the channels for long enough, you will almost certainly find them.

One actor has starred in three of those shows - Kelsey Grammer.

He rose to fame in the 1980s as pub know-it-all Frasier Crane in Cheers, landed his own spinoff series Frasier that soared to even greater comic heights in the 90s and became the most memorable Simpsons guest star of all time as the show's recurring and hapless villain, Sideshow Bob.

Kelsey makes his TV return this year in a very different role. Proven Innocent is an underdog legal drama about a criminal defence firm led by Madeline Scott (Rachelle Lefevre), who specialises in getting justice for the wrongfully convicted.

Grammer plays the morally dubious and bullish prosecutor Gore Bellowes. Not only is Bellowes often the man standing in Madeline's way in the courtroom, he's also the lawyer who successfully got her sent down for murder aged 18 – a crime she insists that she didn't commit.

1. What's it like playing the bad guy in Proven Innocent? 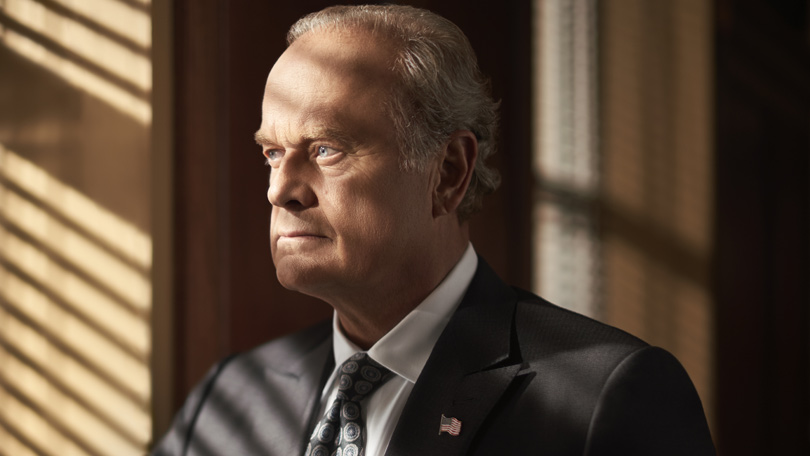 I'm always drawn to playing the bad guy, I think it’s really fun. What’s it like? It’s like playing the good guy too.  He has his motives. For him they're enough and they are what drive him. He wants justice and he's been a servant of justice his whole life. Has he taken some shortcuts? Probably. Has he done some underhanded things? Likely. I don't think that’s far removed from the truth in courts and legal circles, on the prosecution side of the defence.

2. What was your favourite scene to film? 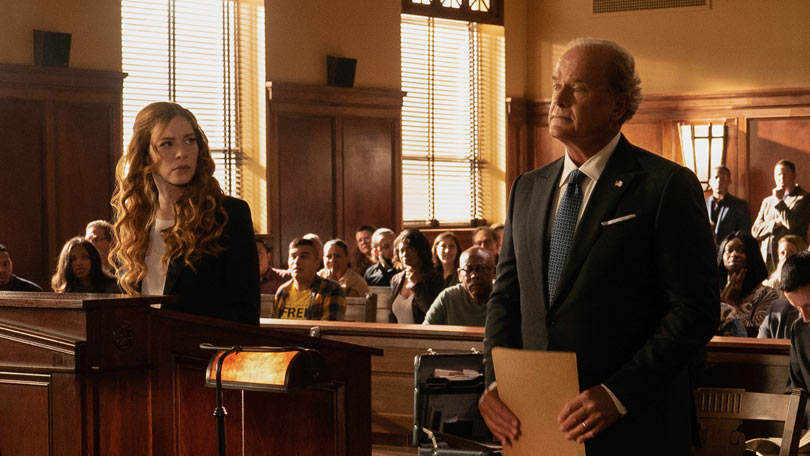 I like the courtroom stuff, that's great. It has an elevated reality to it. But what happens in the B-story, the unsolved mystery… that becomes a lot of fun for Gore. That's probably all I can say.

3. You must get a lot of TV offers – what drew you back to TV for Proven Innocent? 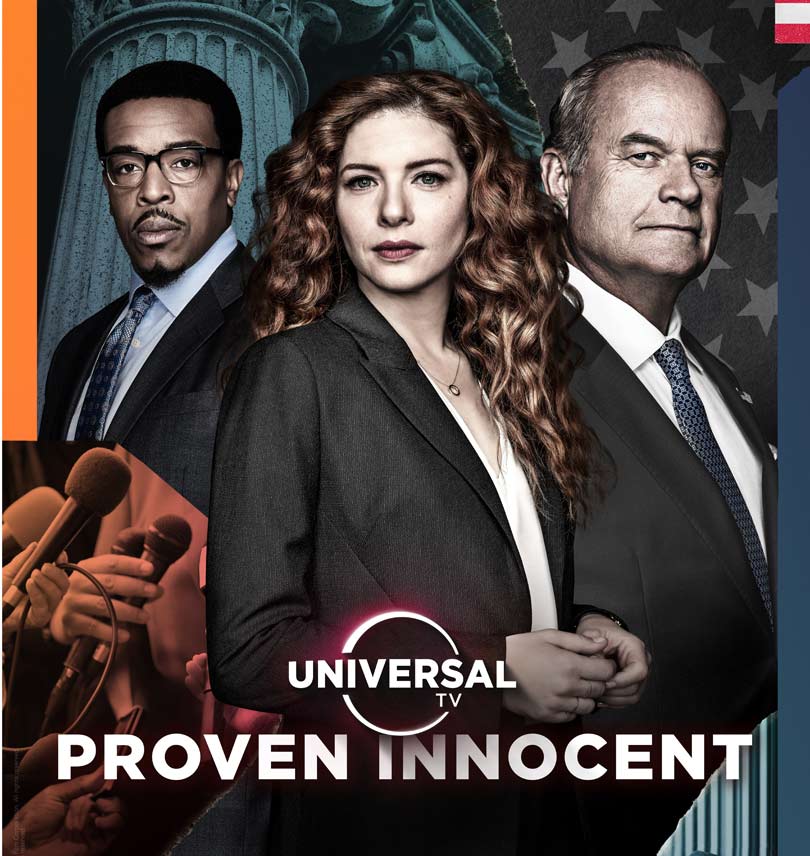 It's timely, it's fresh, it's compelling acting performances. Rachelle Lefevre is terrifically talented, she is a great centre-piece to the show. Russell is a wonderful actor. And they bring a credibility to every role they play.

4. What makes Proven Innocent stand out from other legal dramas on TV? 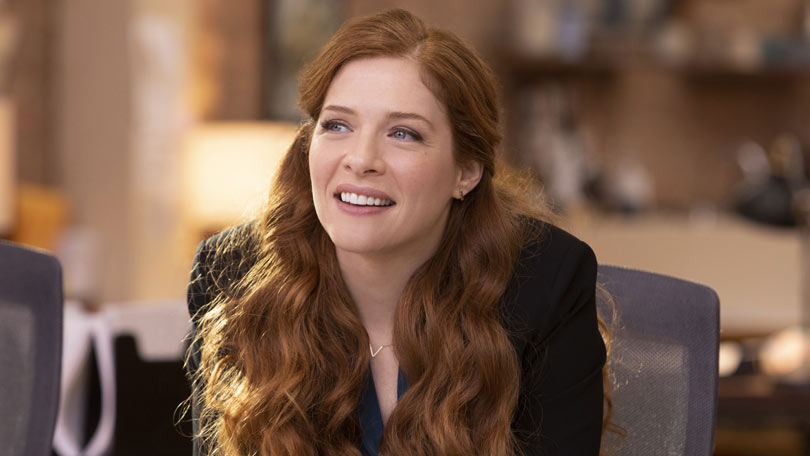 I think there will be some nice surprises for viewers, I think there's a contemporary culture element in terms of criminal justice. I think people will also like the fact that this flips the courtroom drama on its ear. It's in reverse. These people have been proven guilty and now it's about proving them innocent.

5. You've done 21 episodes of The Simpsons – will we ever see Sideshow Bob return? 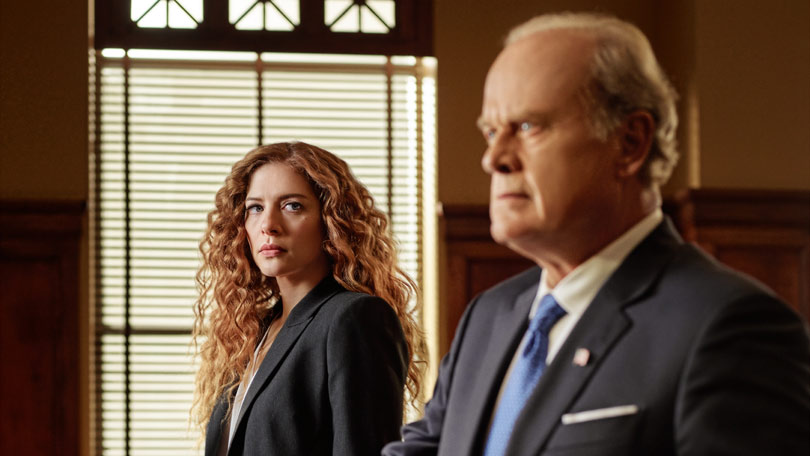 How about that. 21. There probably are 22 episodes of Sideshow Bob. I did one a while ago that hasn't been animated yet. So it hasn't been released. I think there's another one. I do one every couple of years.

6. Do you love him as much as the rest of the world?

I do love him. He's a homage to an old actor I knew years ago, Ellis Rabb. He was a brilliant actor. A brilliant director as well. I worked for him and it was just a voice that I memorised. He was *Sideshow Bob voice* 'very dramatic'. So Ellis lives on in Sideshow Bob.

7. There's a lot of talk at the moment about a possible new series of Frasier – why do you think that show remains so magical and treasured by viewers?

The series premieres on Monday, March 18th at 9pm. Catch up on episodes you miss on the BT Player or BT TV App.

New to BT? Learn more about >