Kimberley Walsh to star in Disney's The Lodge

Walsh will be playing the character of Rebecca, a thirty-something, young and trendy music producer whose success has come from discovering stars on social media. She’s super-positive and when it comes to business can spin any negative into a success story. Rebecca takes an interest in working with The Lodge’s Kaylee (Jade Alleyne) to develop her music career.

David Levine, Vice President, Programming, Production and Strategic Development, Disney Channels EMEA and General Manager, Disney Channels UK & Ireland comments: “Having Kimberley Walsh on board to play the role of Rebecca is really exciting, and her background as a global music star gives the part a real touch of authenticity.  I’m thrilled to welcome her to The Lodge family!”

Kimberley Walsh added: “I’ve really enjoyed joining Season Two of The Lodge and seeing how incredibly talented all the young cast are!  Playing a music producer has been fun as it’s allowed me to tap into my experiences in the industry and explore the other side of the coin, which is great!” 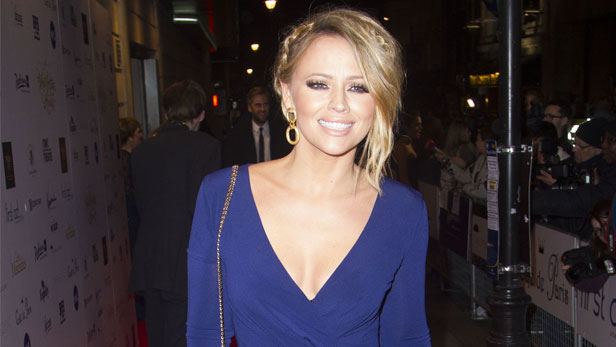 The Lodge became the highest rated series debut on Disney Channel UK in the last four years and accompanying digital content has already received over 14 million views. The show has had strong performances in Germany, Denmark, Sweden and Norway, with other EMEA premieres scheduled for later in 2017.

The Lodge is a life affirming rollercoaster that in the first series saw 15-year-old Skye’s journey of self-discovery as she moves from a big city to a new and exciting rural life.  The second season will see the core cast face new challenges, attempt to solve a new mystery and navigate emotional relationship and friendship stories.

Music continues to play a big role in season two with 11 brand new original songs planned, including three even bigger musical numbers which will be available online. Additionally the series will again be supported with bespoke digital content to continue the characters’ stories online – giving fans of the series even greater insight into characters and storylines outside of the linear transmission.

The Lodge will return to the Disney Channel, BT channel 480, for Season Two this June.