The latest girl voted off the show reveals her skin and bullying woes and talks about her Victoria’s Secret dream.

Blogger Louisa Northcote was the latest girl voted off Abbey Clancy's Britain's Next Top Model on Thursday (November 23) night, losing out in a double elimination.

BT.com got an exclusive interview with Louisa, who opened up about her tough time on the show and her plans for the future.

What were you doing before BNTM? 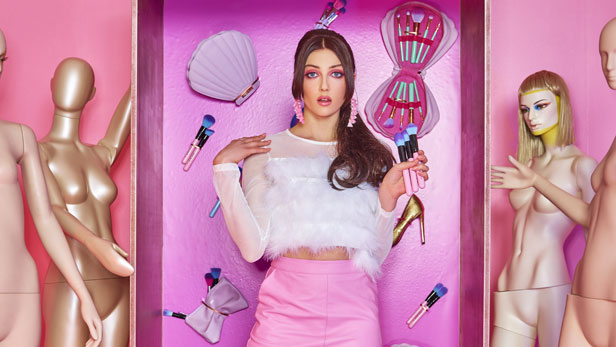 I was a blogger when I was younger. I grew up in Dubai and I was a model as well. I have always been interested in fashion. Dubai’s quite small so it’s quite easy to make a name for yourself and I was writing about fashion and this PR company approached me and asked if I wanted to do something with a certain brand, then it spiralled from there.

I was making money from a kid, from the age of about 12, from blogging. But it was just a thing that happened, it wasn’t planned.

Now I do have a YouTube channel but it’s just a hobby really. I like to remember people and situations and make a record of it and so my boyfriend who’s a vlogger taught me how to do that.

Why did you take part in BNTM? 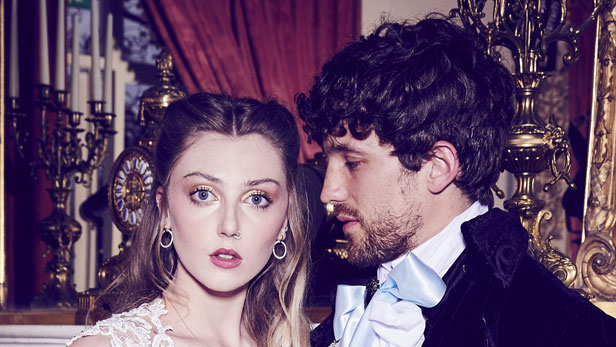 I stopped modelling when I was 16 and moved to England. My parents thought it was just a hobby and as a kid it was. It was easy to juggle it with schoolwork and my dad very much wanted me to get a degree, which I understood, which is why I came to England.

Then I wanted to get back into it but the London industry is so different. It’s such a big industry and I didn’t have the confidence. I had to keep doing my studies and I had to pay for things and there was just so much to fit in.

When I was younger I used to watch BNTM but they stopped the show for a bit so I couldn’t apply. Then it came back and I thought, ‘Okay let’s do it - if it goes one way, fine. If it goes the other way, amazing’. I didn’t tell anyone apart from my boyfriend because I didn’t think I’d get it.

Then I got the call when I was in my pyjamas and I didn’t believe it, I thought someone was setting me up. 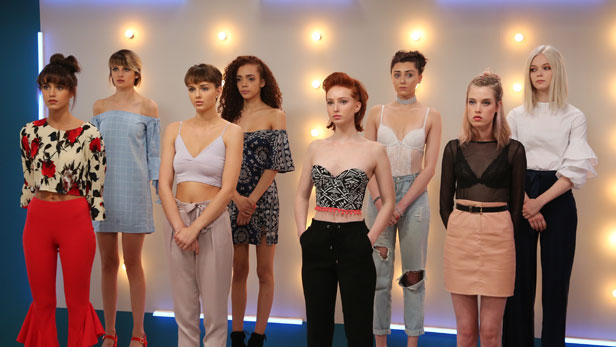 I think it was my time to go. It was very tough compared to what I thought it would be. It’s amazing what life does.

I suffered acne as a kid, then I had clear skin for two years.

As soon as I got into that (BNTM) house, I had spots again. Nobody knows why. I’m actually having tests now to see what’s causing it.

I’ve gone vegan because of it. It’s not the best thing when you’re on TV and you’re in a house of girls where none of them have bad skin.

I had tiny marks - not scars - but I knew it would be talked about. And honestly, on the first day they came out again and it got worse and worse and worse. To the point where I couldn’t look in the mirror and not cry.

How much did your skin affect you on the show?

I was insecure about my skin already and then with the short hair, I was not myself. I’ve never been a brunette and I’ve never wanted to be one.

The other girls felt the same. We weren’t ourselves. We didn’t have the confidence. The four of us who had dramatic haircuts were so uncomfortable.

I got a bit bullied in the house too, so all of that together was too much.

I was saying the day before my elimination that I wanted to leave - not because I wanted to but because I just had no confidence. Usually I’m really good at just putting my face on and being professional. And I was professional but I wasn’t myself.

What has happened with your skin?

The first thing I left was I went to the doctors about my skin. It was that bad. Even my boyfriend was like, ‘Oh God’, when he saw my skin. He cried.

I’m on medication, I’m a vegan, I’m having a polycystic ovaries test. It was not fun. So it was my time to leave because I was not coping. There was a lot going on.

Will you change your hair back? 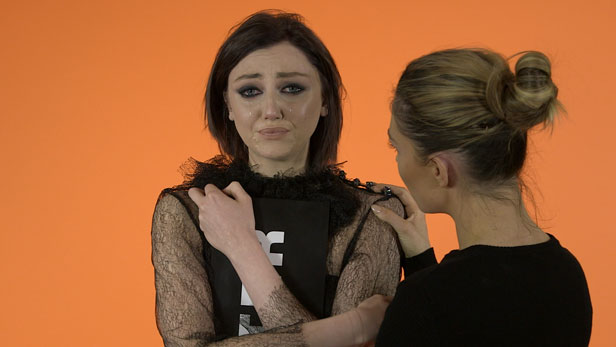 I don’t know. I’m keeping it just for now, to see. If I get signed more for it and if people like it, I might keep it. Abbey saw a picture of me before the competition with white blonde hair and she said, ‘You would not have got into the final 13 with that hair colour’, so maybe she’s right.

I realise now, it’s just hair! I can change it. I don’t know why I was so dramatic at the makeover. But to be fair, when you see that amount of hair on the floor, it’s quite scary.

Who do you think led the bullying?

I got confronted with what the girls said about me but I didn’t react. I think everybody expected me to go off, but I just took it. I got bullied as a kid and I took it. I’m used to it. If you don’t like me, absolutely fine. I don’t have to be your best friend.

I think everyone wants to be a Victoria’s Secret model, don’t they? But also - this is weird - I want to be on the cover of I-D Magazine. Not even Vogue. I’m an edgy, creative person. My boyfriend’s an artist. I like that realism.

And I would love to do a documentary about depression or skin. There’s an amazing movement of people doing great little documentaries out there.

Britain’s Next Top Model is on Thursdays on Lifetime at 9pm.