Which actor’s twin brother appears in the series? And which star originally auditioned to play Piper? Find out these answers and more.

Orange is the New Black has been one of Netflix's major success stories. Scooping up awards and winning millions of viewers across the globe, it has forever changed the way we view prison life.

And even if you don’t have Netflix, you can still get in on the action, as Sony is about to air season two.

[Read more: A beginner's guide to Orange is the New Black]

Until then, here are 10 strange but true facts about this much loved series. 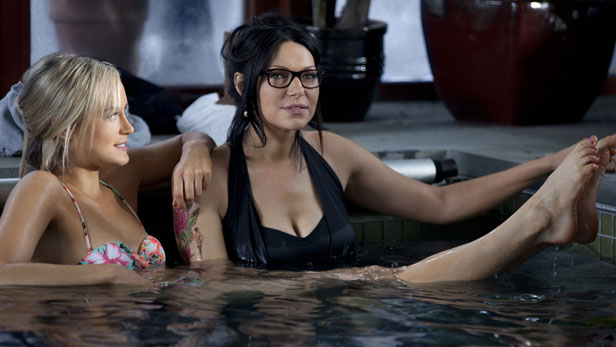 If you’re new to the show, you probably haven’t twigged that it’s based on the real-life memoirs of Piper Kerman, titled Orange is the New Black: My Year in Women’s Prison, and published in 2010.

Much like Piper Chapman in the series, Piper grew up as an affluent American, only to embark on a lesbian relationship with Catherine Cleary Wolters, who just happened to be a powerful drug dealer.

[Quiz: Which Orange is the New Black character are you?]

Kerman helped Catherine launder money and subsequently spent 13 months behind bars for her crimes. The book was a bestseller, and its unlikely heroine's story led to the Netflix show.

The images of prisoners that feature in the show's opening titles, along with the theme tune, You’ve Got Time by Regina Spektor, are of real-life female inmates, including Piper Kerman herself.

3. Suzanne was only meant to be in three episodes 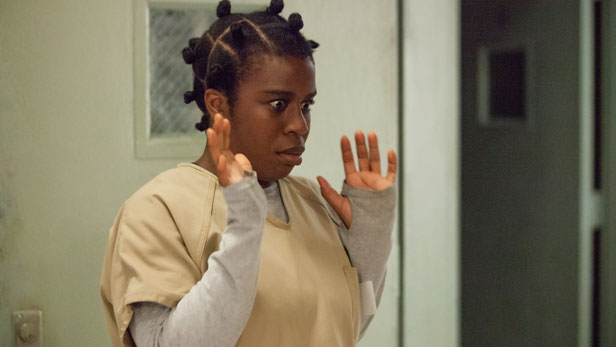 Suzanne Warren, also known as 'Crazy Eyes', is one of Orange is the New Black’s most infamous characters. Frustrating as she is loveable, the eccentric and challenged character has been at the centre of many storylines.

[Read more: 5 prisons you can visit or stay at around the world]

Her success is all the more amazing when you consider that she was only meant to appear in three episodes of the first series. The writers were so impressed with how Uzo Aduba took on the role, they decided to write her in as a permanent character. A wise move, as Uzo has won many awards for her role, including two Emmys.

Laura Prepon plays the formidable Alex Vause, the character who is based on Piper’s real-life former lover and drug dealer Catherine Cleary Wolters.

A firm fan favourite, it’s hard to imagine Laura playing anyone else, but the actress actually originally auditioned to play Piper Chapman. While she didn’t get the role, the casting team were still impressed, and encouraged her to audition for Piper’s antagonist. 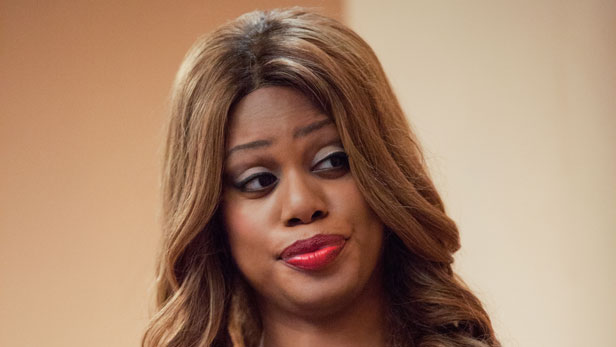 Transgender actress Laverne Cox plays Litchfield inmate Sophia Burset, a trans woman who committed credit card fraud in order to pay for her sex-reassignment procedures. When Sophia’s backstory is shown, it is her twin brother and fellow performer M Lamar playing him.

6. Each episode’s title appears in a scene

The title of each episode of the show has a distinct meaning and relation to the episode’s theme. In case you missed it in the opening credits, you’ll see it again at some point in the episode.

Sometimes it's only there for a split second - see if you can spot them.

7. Jackie Cruz has a reality show past

Jackie also has a reality television past, appearing in three episodes of E!’s Keeping up with the Kardashians spin-off Kim & Kourtney take Miami. On the series, Jackie and Kourtney “meet” during an art class and end up snogging in a later scene in a nightclub.

However, their friendship was cut short, as Kourtney told cameras she was embarrassed about their kiss and refused to take Jackie’s calls.

8. One of the writers married an OITNB actress 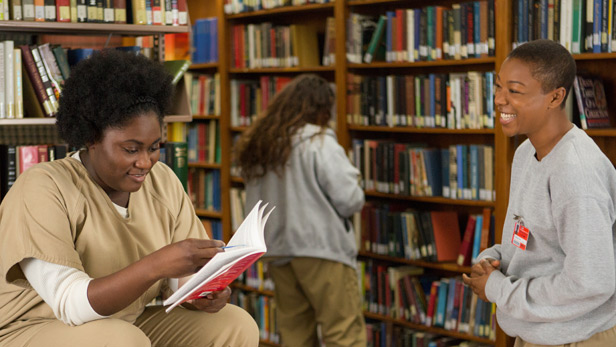 Lauren Morelli is a writer and producer of Orange is the New Black. During the filming, she met Samira Wiley, who plays lesbian inmate Poussey Washington.

The two fell in love, and Lauren ended up leaving and divorcing her husband to marry Samira. Lauren has since said that she realised she was gay on the first day on set of OITNB when she started working directly with several lesbian female actresses.

Yael Stone plays Lorna Morello, a hopeless New Jerseyite romantic who is so completely nuts viewers can’t help but have a soft spot for her.

However, Yael originally auditioned to play Nicky Nichols, a drug addict from a wealthy background, who seems intent on self-destruction. Instead, American Pie alumna Natasha Lyonne plays Nicky who, it turns out, became on-screen lovers in the series.

Yet another American Pie alumnus, Jason Biggs, stars in Orange is the New Black as Piper’s loyal but dull boyfriend Larry. Larry makes several American Pie references, including reminding Piper that he’s told her all of his dirty secrets including a webcam mishap and a penis-shaving incident – which are both direct references to painfully hilarious scenes within the American Pie movie franchise.

Orange is the New Black returns to Sony on Wednesday October 4 at 9pm BT Channel 331.