Ricky Gervais: 10 of his funniest jokes and one-liners

To celebrate the release of his Humanity show on Netflix, we look back at the controversial British comic’s funniest moments

Filmed at the Apollo Hammersmith in London, the Golden Globe and Emmy Award-winning British comedian returns to the stage in London with a scathing special that touches on aging, becoming spoiled, his perspective on having kids and more. 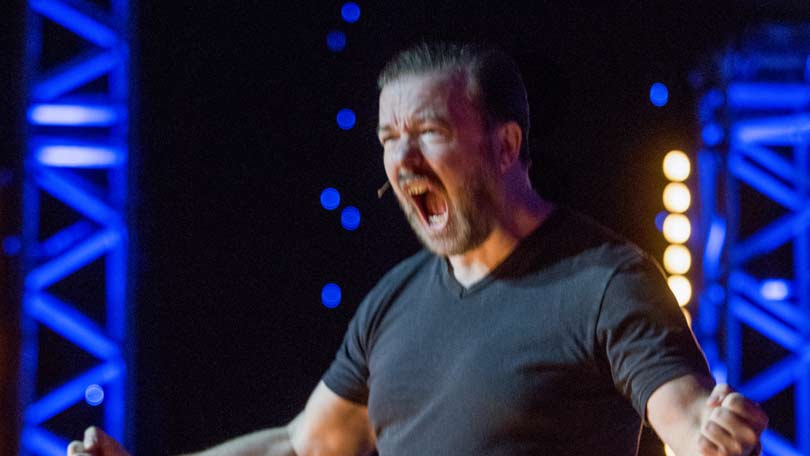 To celebrate the release of the stand-up special, here are some of our favourite caustic and outrageous jokes from the star of The Office and Extras.

2. When hosting the Golden Globes: I'm not from these parts. I'm from a little place called England - we used to run the world before you lot.

3. In his Out of England show: 1st of december, World Aids Day....I don't think it'll ever take off like Christmas.

4. On his XFM show: Ebony and Ivory. No more racism now. That one's done.

6. At the Golden Globes again: Just looking at all the faces here reminds me of some of the great work that was done this year... by cosmetic surgeons.

8. My greatest hero is Nelson Mandela. What a man. Incarcerated for 25 years, he was released in 1990 and he hasn't reoffended. I think he's going straight, which shows you prison does work.

[Read more: The stars of The Office - Where are they now?]

9. Same sex marriage is not a gay privilege, it's equal rights. Privilege would be something like gay people not paying taxes. Like churches don't.