Ruben Blades tells us what’s next in store for Daniel Salazar, his thoughts on Strand and much more.

He’s gone from a gruff and at times cruel patriarch in seasons one and two to what Reuben says is now a more sympathetic figure.

Indeed, we will next see him as the new head of the dam, responsible for providing clean water to thousands of people.

“I think that what has happened he is less distant and he’s less cynical and all of that is a consequence of loss," Ruben explained.

"I think when he left his wife this had a huge impact on him, it broke down his psyche. I think that now he is perhaps more open to people because he needs people more than he ever has before. Now he is in this new situation that demands he has allies, he’s softening to other people’s needs and feelings.” 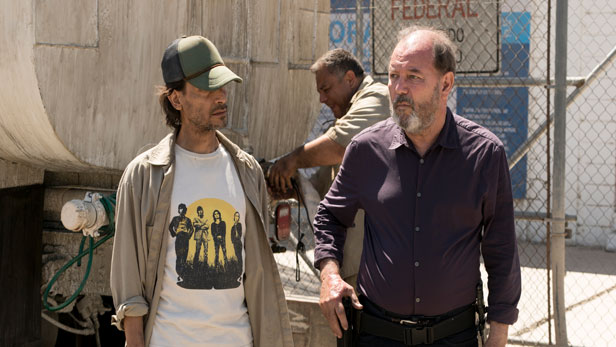 While we may be seeing a lighter side to Daniel, he will still be just as crafty and tenacious as in the past episodes, Ruben says. Indeed, he remarks that his character seems to have an almost supernatural ability for surviving no matter what dangerous scenario is thrown his way.

“His life has been spared many times – it’s almost divine intervention. There was that time he was about to get killed and lightning strikes the walker I mean that was the type of thing that was beginning to make him wonder why is he being spared and then he thinks could it be other worldly.”

Previews have also revealed that Daniel will meet with Madison again, who Ruben says Daniel has always respected.

“It was wonderful to be able for my character to meet with Madison again. I think that he also always believed that Madison will tell him the truth.

"He and Madison had a connection and that was clear in the past and he considers Madison to be strong or at least stronger than Travis. There was always an understanding there and a respect.” 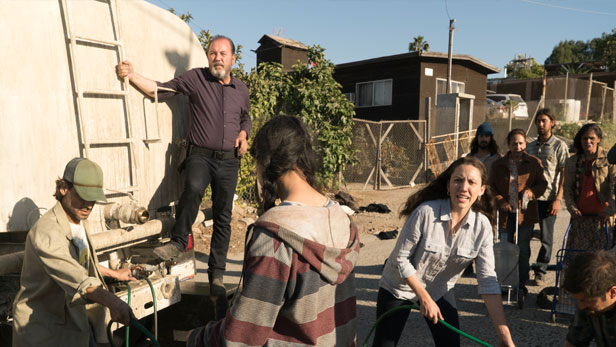 However, he is quick to point out that if he does discover that Ophelia is alive and well, he will side with The Nation group (in which Ophelia has a senior role) over Madison and Nick’s group.

“Salazar’s concern has always been his family. He is going to go wherever they go. Everything else is secondary. He will stick by Ophelia no matter what.”

[Read more: How to watch season three of Fear the Walking Dead]

Despite this, if Ophelia and Daniel are to meet, Ruben said Daniel will likely be greatly shocked at her own dramatic personality transformation. Once morally grounded and often scolding her father for going too far in his actions, so far in season 3 we have seen her commit various dubious acts, including poisoning dozens of people.

“I think he is going to be in shock: he left a violent country and went to a better place – Los Angeles – in the hope that he could raise a family in a safer environment so I don’t think he expects a daughter - after all of his efforts to bring some peace and normalcy to their lives - to act like that. I think he will be completely surprised at her actions.” 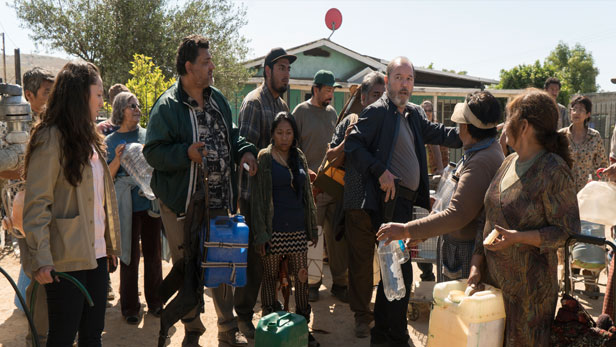 And as to whether he will meet Strand again, Ruben did say that despite Daniel feeling betrayed by Strand, he may still see him as a valuable man to have on his side.

“He always thought Strand was intelligent and resourceful but a cunning man and a con artist but someone that in this type of scenario in the apocalypse is someone good to have around.

"I think that they would form an alliance if the conditions demanded - this is a situation where beggars cannot be choosers! He is going to do whatever it takes to survive.”

Fear the Walking Dead’s third season will return with back-to-back episodes on Monday, September 11 on AMC, exclusive to BT customers.