Taskmaster series 9 contestants - Meet the cast: Who is stupider than Homer Simpson and who got the most annoyed by Greg? Everything you need to know about the Dave show’s return

Get ready for the silliest and most glorious series yet as Greg Davies and Alex Horne are joined by David Baddiel, Ed Gamble, Jo Brand, Katy Wix and Rose Matafeo.

The award-winning UKTV Original series Taskmaster remains the freshest and most innovative comedy show on TV - even in its ninth series.

A simple format, five comedians compete in a series of physical and mental challenges, and a big dollop of silliness - anyone for secreting shiny vegetables? - are the perfect formula for big belly laughs. 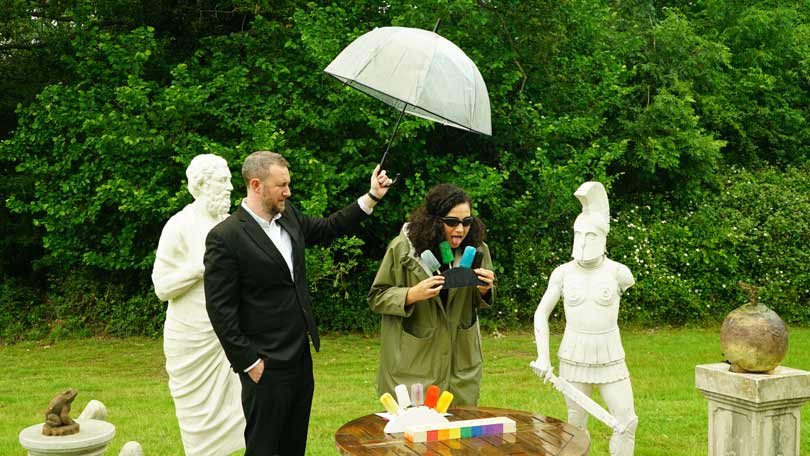 Here is everything you need to know about the new series...

What UKTV channels do you get on BT TV? >

Greg Davies and 'Little' Alex Horne are back 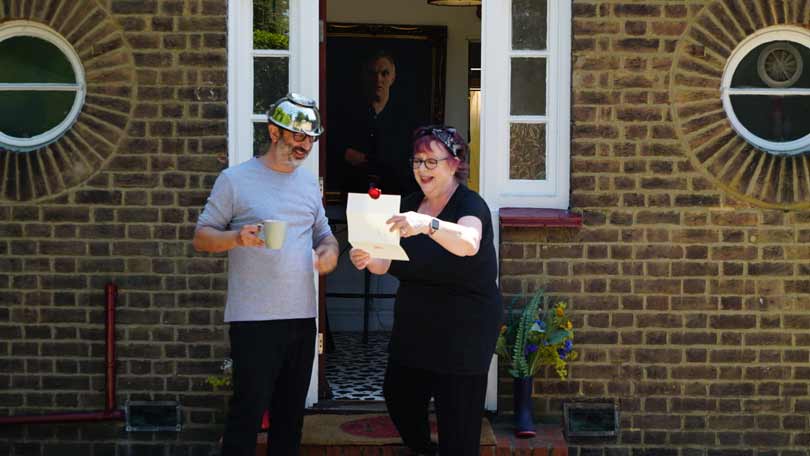 "They're brilliant," says Alex Horne, recalling the chemistry of the latest Taskmaster lineup.

"Jo Brand and David Badiel are great because they’re very experienced but they don’t normally do this sort of thing. You see them do QI quite a lot and that sort of thing."

"You might think of Jo as being not very physical and not very practical, but she is physical in this and she pulls it off. She does much better than you think she’s going to do on the sporty one."

"Ed Gamble is definitely the loudest voice in terms of arguing. He’s the one who’s most annoyed by Greg’s decisions."

Speaking about their dream future Taskmaster lineup, Greg Davies said that he would like to see "a few non comedians" taking part in future series

"I don’t know why Hugh Fearnley Whittingstall keeps coming up. Realistically it’s probably just because it’s a name I can remember . And he’s such a left -field choice, he’d probably be quite fun."

Running with a celebrity chef theme, Alex proposed: "I think Ainsley Harriott would be really good. We know him as a roly-poly chef but he’s a comedian as well. He did 100 episodes in America of The Ainsley Harriott Show."

"Yeah, I wouldn’t mind a bit of Trudeau," added Alex.

[Taskmaster: The funniest and silliest moments]

Who are the comedians? Meet the cast 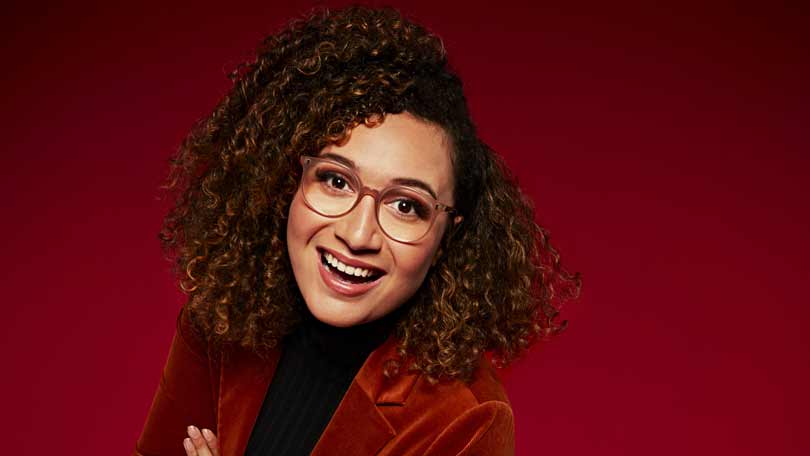 Oh my God. When my friends found out I was doing it, they freaked out . We love it . It’s almost as if I’m representing my country at an Olympic sport . The prestige around it is very high.

The first time I went to the Taskmaster house, it was so embarrassing because I’m an adult and since being an adult I’ve never had that feeling of it being Christmas the next day. I could never sleep the night before filming. I was so excited. It was the best experience of my life.

I made my legs look remarkably long. It still makes me laugh. I wrote a song. That song has haunted my dreams in quite a scary way. I’m good at the creative ones . 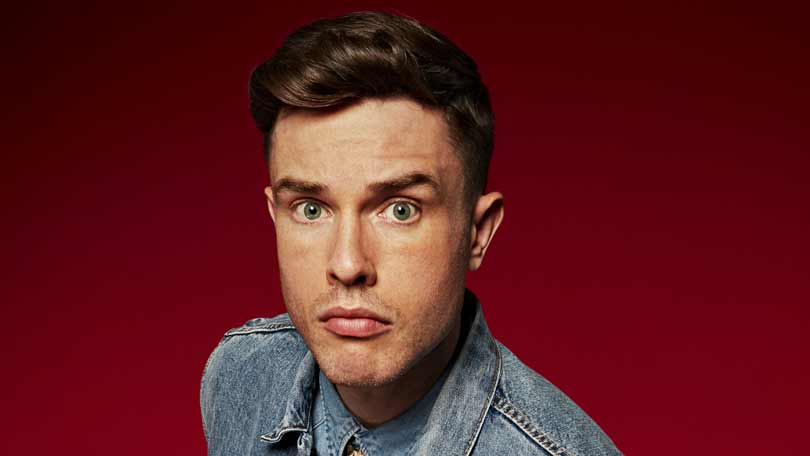 I love it! Honestly, it’s so rare that you get to be in a show that’s actually one of your favourite shows . Because there’s no way I’m ever going to be in Breaking Bad … fortunately .

I obviously knew of David and Jo from a distance but I’d never met them. I sit right in between them for the studio records which is great. Quite often they’ve forgotten what the task was, and they lean over me to ask each other. It’s like being in the cinema with my grandparents. Quite often there will be a joke that will get a massive laugh in the studio and I can guarantee there will be two beats, then David will lean over and go, ‘What did she say?’ and I have to repeat the joke for David. It’s so much fun .

Adam Buxton would be amazing. David Mitchell. Richard Ayoade. Suzi Ruffell. Rosie Jones would be amazing because she’s got cerebral palsy and she deliberately uses it to behave like an absolute prick and get away with it.

I’ve had a bit of an identity crisis on the show. This sounds a bit self - aggrandising but I think people have an idea that I’m quite bookish and clever and intellectual, and I am, but the show reveals me to be a total idiot . My cleverness is to do with writing and saying clever things, but I’m a very stupid person when it comes to doing things and making things and practical things . When we were in the studio I’d watch the tasks back and go, ‘Why on earth did I do that?’ The others are there doing some really smart and inventive things and I’m there doing something that even Homer Simpson would say was stupid . That happened a lot.

I can’t think of a task that I’ve been good at. I may have just forgotten. Because that’s what happens to me these days. We filmed the actual tasks about four months before the studio shows so when the VT comes on, Jo and I find ourselves looking at each other going ‘Nope - don’t remember doing that’. 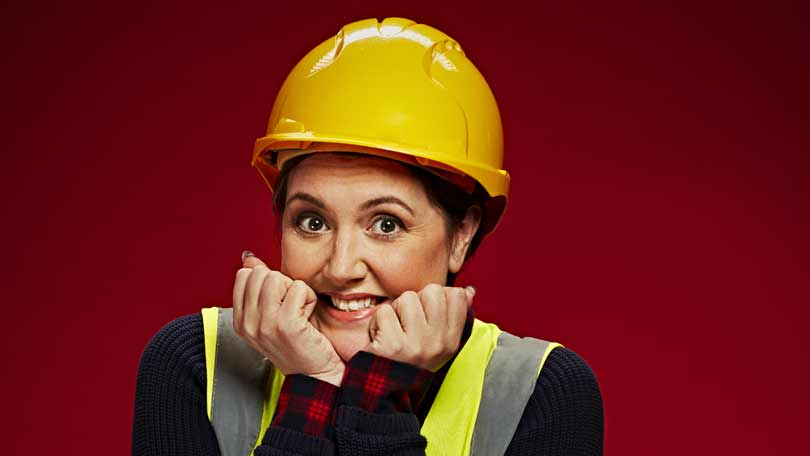 It was such a nice group of people. I know it’s not a panel show but it does make me feel like those shows are changing because they can be a bit like a bear pit with people talking over each other. This felt like the opposite of that: really supportive and grown-up.

I hadn’t met Jo before and I was in love with her by the end. She has a comic persona of being spiky, but she’s so friendly and nice . She was very creative and left-field about everything . And she was quite anarchic in her attitude towards it . David had a bit of a crisis.

I think he went in relying on his brain, but this show is so arbitrary in what it’s testing . He was sitting there going, ‘Why did I do that? Why didn’t I think of that?’ and I think he went home every night berating himself. I think it’s so brave of anybody to put themselves through that.

Ed was very impressive. He just got on with it in a very confident way. Rose is maybe the less well-known in terms of TV in this country and I think she was kind of nervous about that but she was so full of energy and cavalier in it, she was brilliant. Rose and I are going to have a board game night and she’s going to take me to an Escape Room. She brought out my geeky side.

It was just to not make a fool of myself, and not ruin my career. Just to survive, really. 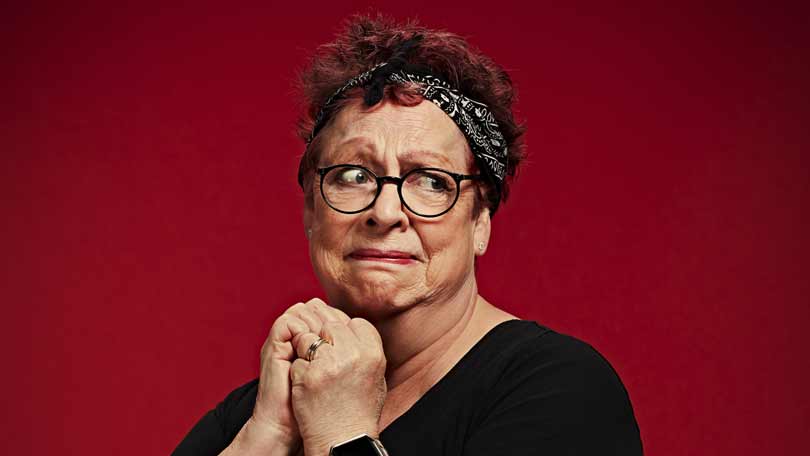 I have teenage kids so I was aware of the show, and I’ve worked with Dave in the past. I just heard great things about it right from the start from people who’d been on it . As much as comics try to deny it, there’s an element of competition in most of us, otherwise we wouldn’t be doing this job. I’m the middle child of two brothers so I’m definitely competitive . Does that mean you’re in this to win it? No.

My motto for life is ‘lower your expectations’ because then you’re really pleased if you do well.

I think a general strategy is ‘Don’t forget you’re a comedian’ . You do see comedians on telly going, ‘I’m on Question Time now’ and they sort of forget to be funny. So my strategy was to try and be funny. I don’t care if I get humiliated as long as it’s funny.

David Baddiel shows a readiness to bare his chest and Katy Wix robs a piggy bank (of its undercarriage). Meanwhile, Greg Davies’s gorgeous assistant Alex Horne is powerless in the face of Ed Gamble’s creative vision.

Watch episode 4 at 9pm on Dave on Wednesday, September 25th.

How to watch Taskmaster on BT TV

Watch the new series of Taskmaster on Wednesdays from September 4th at 9pm.

Catch up on episodes you miss with BT TV on the UKTV Play app. Classic series and episodes are also available on UKTV Play.

Download the BT TV App and watch TV on the go >