The Crown on Netflix: Who’s who in the epic new royal drama

Meet the cast of this stunning new period drama following the story of Queen Elizabeth from the 1940s to the present day.

It's been billed as Netflix's most ambitious undertaking yet, with an eye-watering rumoured budget of £100 million, but its stars insist that if it's to succeed, The Crown has to be vast.

"It needs this scale - things like this aren't easy to pull off in television," says Matt Smith of the 10-part original series, which sees him play the Duke of Edinburgh, Prince Philip, alongside Claire Foy's compelling depiction of Queen Elizabeth II.

"When you're making a show about the royal family, it needs these great locations and it needs [hundreds of] extras turning up, because otherwise it doesn't bite in quite the same way."

"I heard there were 7,000 extras the other day, in the whole series. Isn't that insane?" chimes 32-year-old Foy, who has prior experience depicting a royal, having starred as Anne Boleyn in the BBC's prized adaptation of Wolf Hall.

Based in 1947, when Britain is still reeling from the devastation of the Second World War, The Crown tells the inside story of Queen Elizabeth II's early reign, after her simple life - and married bliss - is cut short when her father, King George VI, dies unexpectedly, and at the age of 25, she inherits the throne. 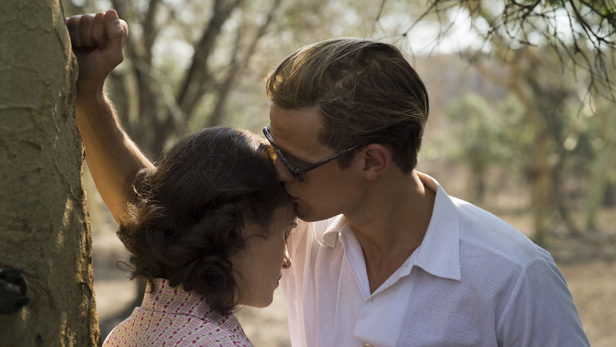 With a stellar cast, including Vanessa Kirby as Princess Margaret; John Lithgow as Prime Minister Winston Churchill; Jared Harris as King George VI, and Victoria Hamilton as the Queen Mother, the series provides a snapshot of the personal intrigues, romances and political rivalries behind the great events that shaped the second half of the 20th Century.

[Read more: Quiz – How much do you know about Queen Elizabeth II]

"The Crown brings with it a set of responsibilities, and fundamentally realigns the power structure in a way that can only be challenging," explains creator Peter Morgan, who knows the subject inside out, having penned Oscar-winning 2006 film The Queen starring Helen Mirren, and the critically acclaimed stage production of The Audience.

"What's made it so interesting to write is not this or that historical event," he continues. "It's that this is a family, and within that family is the Crown, and the Crown is a bomb that changes the structure of everything."

And it's an explosion that, behind closed doors, puts great strain on the Queen's marriage.

"You take it for granted," begins Foy. "And you think, 'There is a relationship there, they're figureheads, that's their role'. What I found so interesting, moving and exciting, was that they are two people trying to have a relationship, but at the centre of this mad vortex of the monarchy, the country and politics, and what they're told to be and what they want to be."

"What's amazing about this show [is you] glimpse behind the royal veil," adds 34-year-old Smith, who is best known for his role as the Eleventh Doctor in the BBC's seminal Doctor Who series.

"You see them getting ready for bed and you see them bickering about life, but you see them sharing wonderful domestic moments [too], and I found that particularly endearing."

[Read more: 7 things to do in Ely - the town The Crown was filmed in]

Beyond getting to know their character's, however, Smith and Foy had much to learn about the protocol and etiquette expected from a young royal pair. 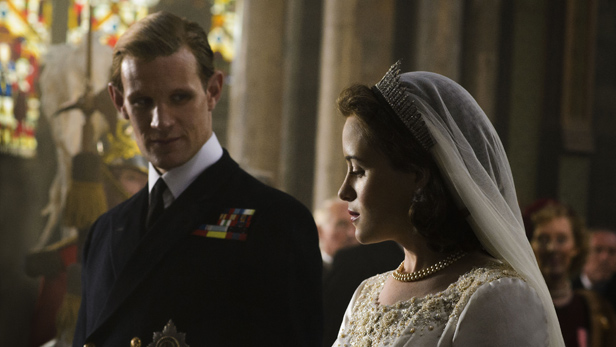 "There was a lovely guy called Major David, who gave us lessons in everything, really," Smith reveals. "But the great thing about Philip is that he gets to ignore all of that!"

As for the aristocratic, cut-glass accents, Foy declares it was decided early on not to spend too much time on perfecting the twang, stating: "We essentially met somewhere between us and them".

"It locks you out a bit, because you need to invent as well," Northampton-born Smith agrees. "You've got to find your own truth and your own sound."

"The thing is as well, the private them of that age, we didn't see anything of," Foy adds. "So if we did what they did in public, when they were nervous and really trying to monitor the way they spoke, then it would be a very stilted programme."

Do they think the real royals will be tuning in to judge their efforts?

"I would watch if it was me, because I would think someone is reflecting my whole life back at me," Smith retorts first, with a smirk. "I'd be like, 'Come on, let's see what you got!' 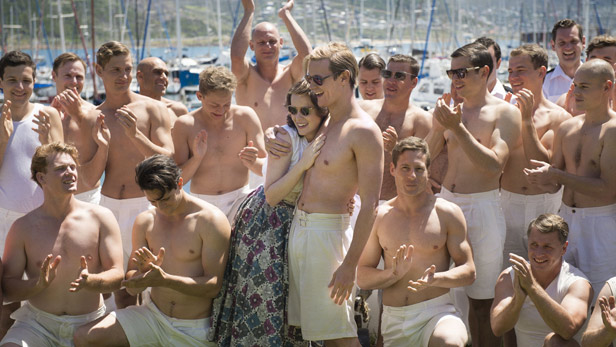 "I think there's always a pressure playing people that are alive, but this isn't Spitting Image, we're not doing caricatures of these people," he adds.

"Ultimately, we've tried to be truthful, and with the amount of experience they have with people investing in their lives and picking things apart, I think this is probably small fry," concludes Stockport-born Foy.

Besides, she isn't too concerned about any comeback, pointing out: "You're not going to see them in the street, so it's not like they're going to come up to you and hit you round the head with a handbag!"

The Crown is available to stream on Netflix now.