The Crown season 2: Claire Foy and Matt Smith reveal the secrets of the Netflix royal drama

Returning for an epic second season in December, we speak to the stars of the Netflix hit about the pressures of playing Queen Elizabeth and Prince Philip.

Picture it: Prince William and Kate snuggled up on one sofa, Prince Harry on the other.

They're in the middle of a Netflix binge, glued to The Crown, the streaming service's award-winning original series about the British Royal family.

[Read more: Everything we know so far about The Crown season 2]

It's a scene the Queen likes to imagine, anyway.

That's the TV version of the Queen of course - actress Claire Foy, who's back for a second series playing the monarch, alongside Matt Smith as her husband Prince Philip.

"We used to have a fascination of the idea of there being a Royal Gogglebox, and that you could record them watching us back..." reveals the 33-year-old star, with an infectiously loud laugh.

This then turns into a conversation about how much she and Smith love the Channel 4 reality show, with Smith telling Foy about the star who appeared in the celebrity version he watched recently.

"Liam Gallagher was on Gogglebox?!" exclaims Foy, looking at her on-screen husband with a bewildered expression on her face.

There may as well not be anyone else in the room as this exchange happens - it's clear they enjoying chatting to each other and get on incredibly well.

And it's exactly this chemistry between Foy and Smith on-screen which has made The Crown so believable.

Add to that, of course, their perfectly poshed-up accents, the juicy drama behind the historical events and don't forget the millions of pounds spent on the show by Netflix...

It has, as one may say, paid off. Series one - which focused on a young Queen Elizabeth II learning how to rule - was the runaway success of 2017, winning two Golden Globes.

The second instalment is set in the decade beginning in the mid-1950s and is expected to offer just as sumptuous viewing.

Although this time around, Smith says, we learn more about the other individuals in the show.

[Read more: Where is The Crown filmed?]

There is a huge focus on Prince Philip and how he is forced to confront his own insecurities with his role, as his 10th wedding anniversary looms.

Meanwhile, the show's creator and writer, Peter Morgan, vividly shows what he perceives to be tensions between the couple, as their marriage is hit by turbulent times.

But Smith isn't worried about portraying Philip in a potentially negative light. 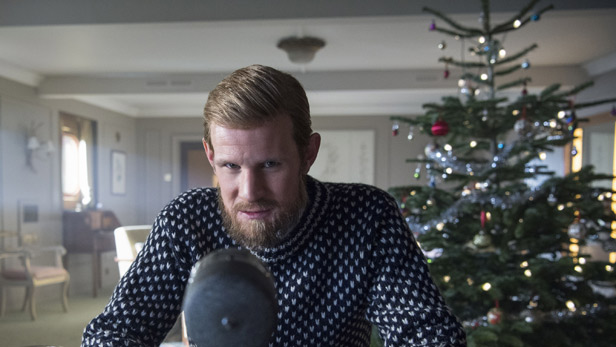 "I think what's good about this show is that Peter Morgan is tough on the characters, and they can be really ugly," he says.

"We spend time with them at their weakest. I think that is where we learn the most about them, and actually where we come to like them the most."

But Smith, best known for his role as Doctor Who, experienced some consternation over the Duke of Edinburgh's transformation in episode two.

When sent away on board the Royal Yacht Britannia for a five-month world tour on behalf of his wife, a beard-growing competition takes place - and the facial hair the Prince ends up sporting is quite something.

"Don't even get me started on the beard, it's too early!" Smith quips. With a playful smile, he explains how his beard was put on each day: "They glue it to your face, and then take it off with alcohol. It's like a kick in the knackers every morning, honestly!"

[Read more: Claire Foy on the secret of The Queen's marriage]

But it wasn't all bad and he muses: "I rather like Prince Philip from a distance in a beard."

When we meet, Foy looks far removed from her royal character as she's sporting a striking pixie haircut. Luckily, she didn't have to partake in any transformations as painful as Smith's facial hair.

But viewers will see Elizabeth go on quite the journey this series, as she begins to understand that the role of the monarchy in Britain has changed. 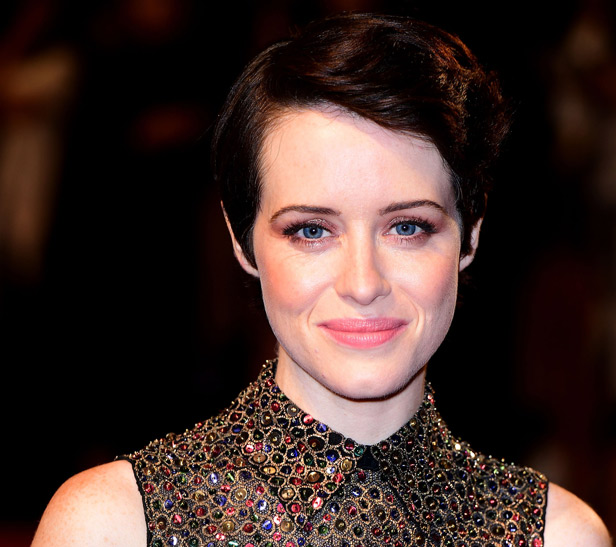 The show, which starts at the height of the Suez Crisis, and ends with the resignation of Harold Macmillan amid the Profumo scandal, is undeniably set against a period of huge social change.

And Foy, who was recently seen on the big screen in the heartfelt film Breathe, was determined to continue to push herself in the role.

"The thing I've found most challenging second time round was not getting complacent and not presuming I knew everything about her, and I was just trying to keep my mind alive," she explains.

"I think that's the exercise when you play a character again. You have to keep it living and breathing and not just go, 'Oh, you know, I've done this before so I know everything', because you really don't."

"That's why it's good they've booted us out the door and they're renewing it..." chimes in Smith.

"It's really good," Foy agrees. "Because otherwise by the third series we would have just been absolutely..."

"Hamming it up," Smith adds in jokingly.

They will both be replaced by new actors as the royal couple move into the next stage of their lives.

Broadchurch star Olivia Colman will wear the crown next and Foy highly approves.

"I think she's going to be amazing," she gushes. "And the only thing you can do is make it your own. Don't be afraid of bringing yourself to it, because that's the whole point."

It's obvious that Foy and Smith will miss working together, but you have to wonder if they'll miss their characters?

Foy adopts a regal air as she ponders her reply.

"I think it's more difficult [to let go of a character] when you are playing a part and they're closer to you, and so much of yourself is in it that you can't really see where one thing ends and the other begins," she says.

"But with these two, they're so different. And that's what I loved and thrived on, was being in scenes with Matt and watching Matt.

We totally believed ourselves sometimes."

The Crown Season 2 premieres on Netflix on Friday, December 8.