The next Night Manager: Why everyone’s talking about The Little Drummer Girl starring Alexander Skarsgård and Florence Pugh

We reveal everything you need to know about The Little Drummer Girl.

The Night Manager was one of the most talked-about shows of 2016, earning excellent reviews, six million viewers per episode and countless awards - including two Emmys and three Golden Globes.

But if there’s a big John le Carré-shaped hole in your life, the BBC and AMC have answered your prayers with their new co-production, The Little Drummer Girl.

A six-part adaptation of the 1983 le Carré book of the same name is coming to TV screens later this month - and its comparisons to The Night Manager go further than the source material.

Starring Alexander Skarsgård, Florence Pugh and Michael Shannon, we reveal why everyone’s talking about The Little Drummer Girl - and why you need to watch.

And don’t forget, you’ll never miss an episode with BT TV as you can catch up on BBC iPlayer via the Players & Apps tab on your TV box. 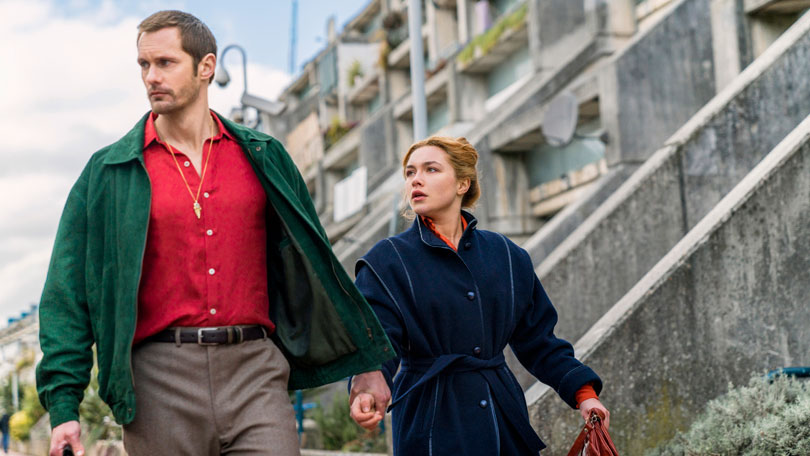 What is The Little Drummer Girl about?

An official synopsis from AMC reads:

Set in the late 1970s, The Little Drummer Girl weaves an explosive story of espionage and international intrigue; of love and betrayal.

Brilliant young actress Charlie (Florence Pugh) strikes up an acquaintance with an intriguing stranger while on holiday in Greece, but it rapidly becomes apparent that his intentions are far from romantic.

The man is Becker (Alexander Skarsgård), an Israeli intelligence officer, who entangles her in a complex high-stakes plot orchestrated by spymaster Kurtz (Michael Shannon). 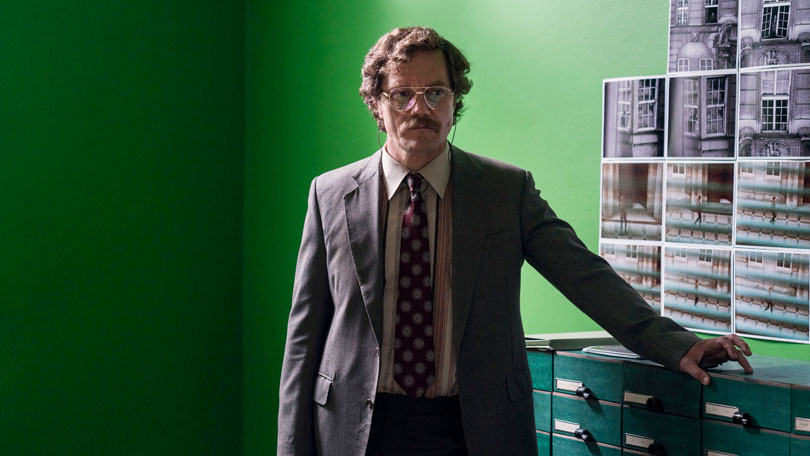 Charlie takes on the role of a lifetime as a double agent in the ‘theatre of the real’ - but despite her natural mastery of the task at hand, she finds herself inexorably drawn into a dangerous world of duplicity and compromised humanity.

Set a reminder because BBC One has confirmed that The Little Drummer Girl starts at 9pm on Sunday, October 28 in the UK.

It's premiering on AMC in the US on Monday, November 19. 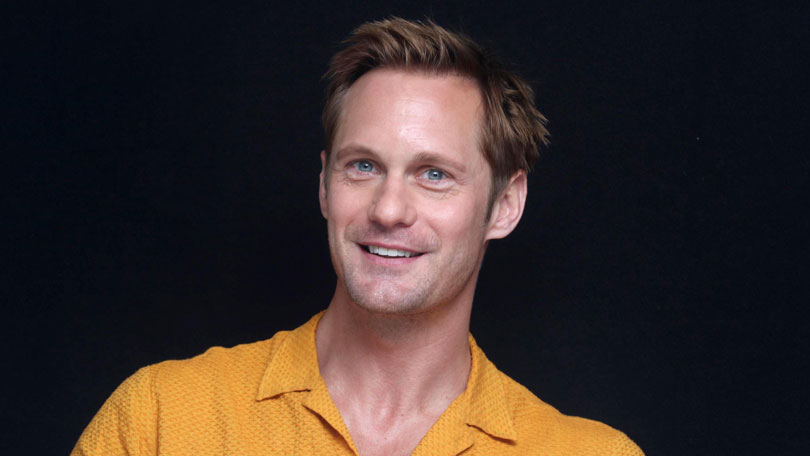 Skarsgard - who won a Golden Globe for his role as Perry Wright in HBO’s Big Little Lies - plays a mysterious Israeli intelligence officer.

[Read more: 5 reasons why everyone is talking about Big Little Lies] 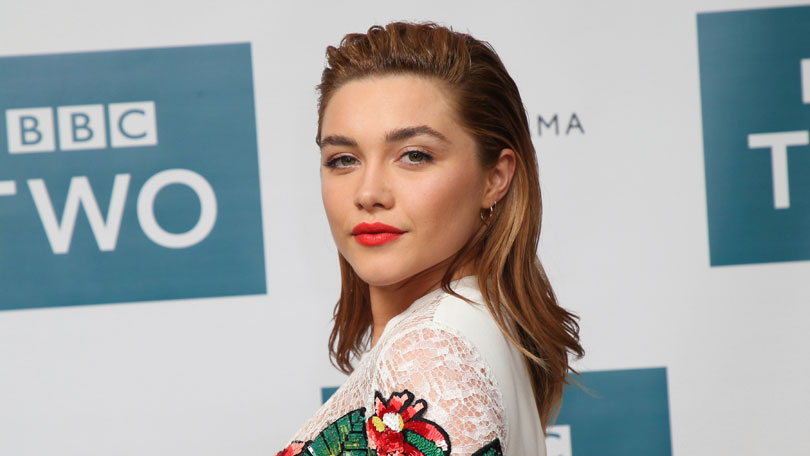 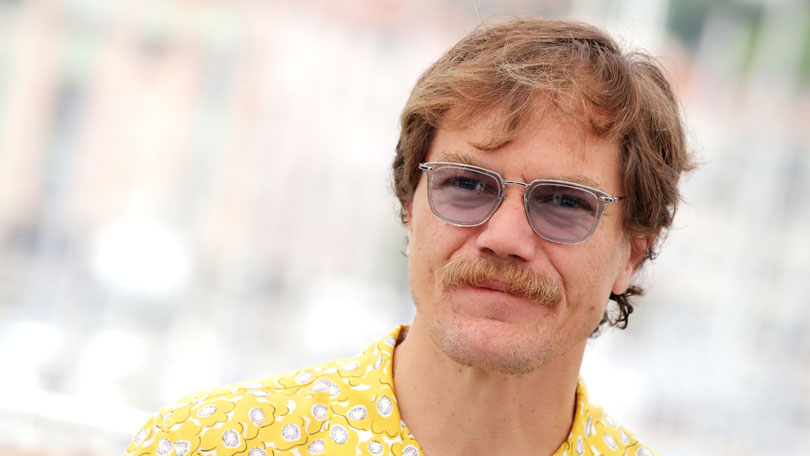 [Read more: What to watch on BT TV in October]

According to IMDB, The Little Drummer Girl was filmed in London and Oxfordshire in England, Prague in the Czech Republic, and Athens and Sounio in mainland Greece.

Production Designer Maria Djurkovic confirmed that they chose to film in those three countries as they could film multiple locations there, rather than filming all over the world.

She said: “This series takes place in more and more countries, and obviously we couldn’t shoot all over the world, so we made a decision very early on that we’d shoot in this country [England] and then Greece where we had to go for the Acropolis, we weren’t going to recreate that anywhere else.

“We decided to shoot the Yugoslav, Turkish, Israeli and Lebanese stuff in Greece, which works for all those different locations.

“I spoke to a very brilliant German location manager who I asked whether it was best to look for period 1979 Germany [locations] in Germany, or should we be looking in Budapest or Prague, and he said ‘I think your instincts are right, you’ll find the right sort of architecture still in tact [in Budapest or Prague’.

“So the Czech Republic provided us with those northern European locations, like Austria and Germany.” 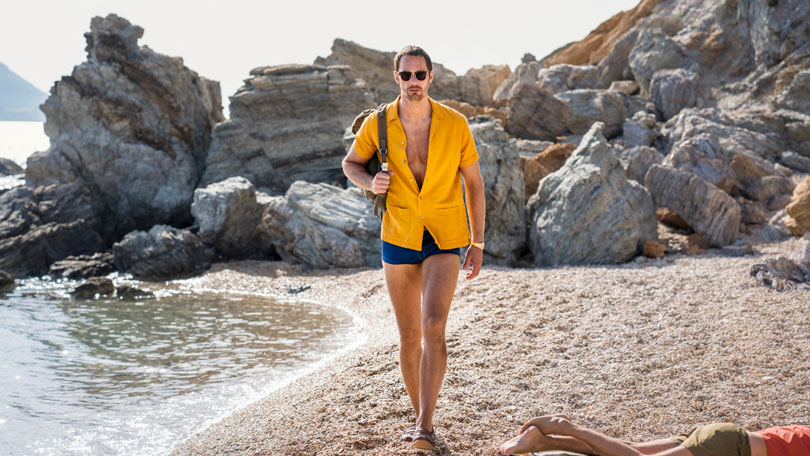 Speaking about filming on the grounds of the ancient Acropolis in Athens, Pugh revealed in a panel session recently that she wondered at the time: “Are we really doing this on the Acropolis?!”

“Alex [Skarsgard] and I just had a camera in our face reacting to being at the Acropolis at night. That was incredible,” reports Deadline.

Speaking about shooting at the Acropolis, exec producer Simon Cornwell said that filming at the archaeological location was a once in a lifetime experience.

“It went up to the ministerial level and even Prime Ministerial level as a decision, but once the Greek government has committed to letting us do it, they were incredibly supportive and I have to say it was certainly one of, if not the most memorable nights of my life. It was quite extraordinary.”

You'll like The Little Drummer Girl if you loved…

Three reasons why everyone’s talking about The Little Drummer Girl…

The Little Drummer Girl shares a source material with that of The Night Manager, Tinker Tailor Soldier Spy, A Most Wanted Man and Our Kind of Traitor, to name a few, as they’re all based on novels written by legendary spy author, John le Carré.

The British author - who worked at both the Security Service and the Secret Intelligence Service - also acts as executive producer of the series. 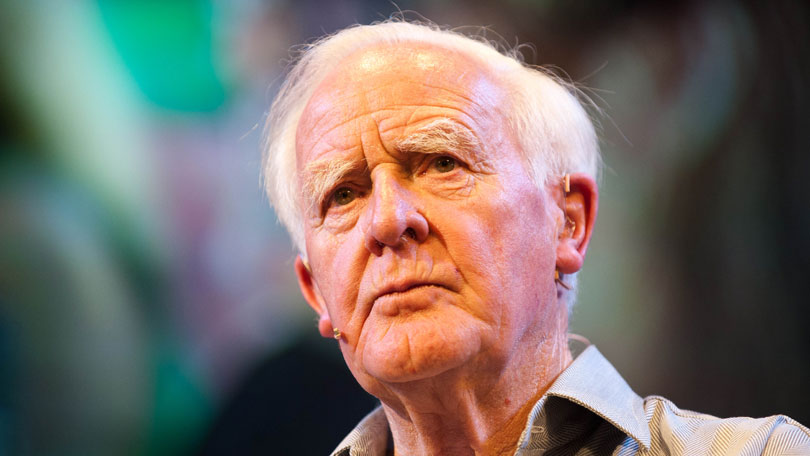 Asked about why they chose The Little Drummer Girl as the next le Carré adaptation, exec producer Simon Cornwell - who worked on both shows - said: “After The Night Manager, we wanted to do something that shared the ambition, the scale and the scope of that, but at the same time was radically different from it in tone, in approach, in storytelling and in context.

“It seemed a very natural choice for us.”

“I think what is unique about this story is the love story, and the interweaving of the imaginary and the real love story. It’s a very unique kind of thriller.”

2. The award-winning team b​ehind the lens

The Little Drummer Girl comes from the producers of The Night Manager, which is another co-production between US network AMC and UK broadcaster, the BBC.

It’s also the TV directorial debut of visionary film director Park Chan-wook (The Handmaiden), which brings a completely new, and different, energy to the show.

Speaking about Chan-wook’s enthusiasm for the small screen, the show’s executive producer Simon Cornwell said at a panel recently: “The medium is very exciting for him.

“The idea of going deeper into the ideas and being able to live in them really appealed to him.”

[Read more: Is this the new The Night Manager?]

Speaking about Pugh in the lead role, Stephen Cornwell revealed that director Park [Chan-wook] had her in mind right from the start of the casting process.

He confessed: “It was a remarkably easy [casting process] because when we began conversations with director Park about who the perfect person to play Charlie would be, director Park said ‘there’s only one person who can play this role, you won’t have heard of her of course… a woman called Florence Pugh’.

“[Bearing in mind] this was 18 months ago and very early in her emergence as an actor.

“We were delighted to say that not only did we know Florence Pugh very well, we’d actually backed a movie in which she was playing the lead, and we thought she was an absolutely phenomenal actor, and really the ideal person to play Charlie.

“I suppose that was the first point of agreement with director Park, and thank goodness, Florence shared the same view and she joined us on the journey.”

Of casting Skarsgard, Cornwell continued: “We’d admired Alexander’s performances for a while, and I’m sure many of you have seen Big Little Lies (below) in which he’s utterly amazing. 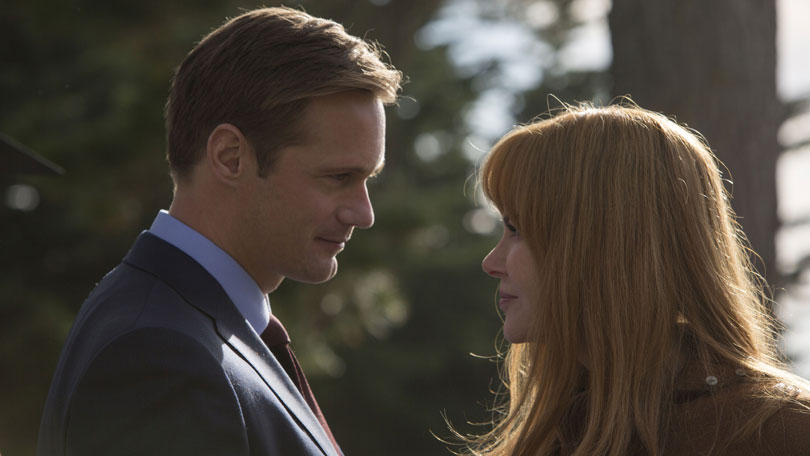 “I think when we went to cast, and when director Park when to cast, for Becker, we were looking for someone… it’s a very restrained performance.

“He’s constantly pulling back from his own emotions [and] Alex is someone who can deliver that sort of quiet intensity to his performance that made him very natural for this.”

Of casting Shannon, he continued: “Well Michael Shannon is a gift. He unexpectedly became available during the casting process which we heard through the grapevine at the time. He’s an extraordinary actor.”

Of course! You can watch the first look trailer here:

The Little Drummer Girl airs on BBC One at 9pm on Sunday, October 28.