Here's why everyone should watch The Secret Life of Pets 2 - PLUS watch the first ten minutes here!

We reveal the best bits about the movie, fascinating facts you didn’t know, who voices the characters, and more, as The Secret Life of Pets sequel is released in the BT TV Film Store.

The Secret Life of Pets 2 is the heartwarming sequel to the summer 2016 Illumination blockbuster.

From director Chris Renaud (Dr. Seuss’ The Lorax) and writer Brian Lynch (Minions), Pets 2 is the perfect family film - whether you’ve got pets or not!

Plus, we’ve got the first 10 minutes of the film available to watch now - so you can try before you buy (more on that below).

We reveal the best bits about the movie, fascinating facts you didn’t know and Easter eggs you didn’t spot, who voices the characters, and more, as The Secret Life of Pets 2 is released in the BT TV Film Store.

> The Secret Life of Pets 2 is available to rent from Monday, October 7

Who voices the characters? 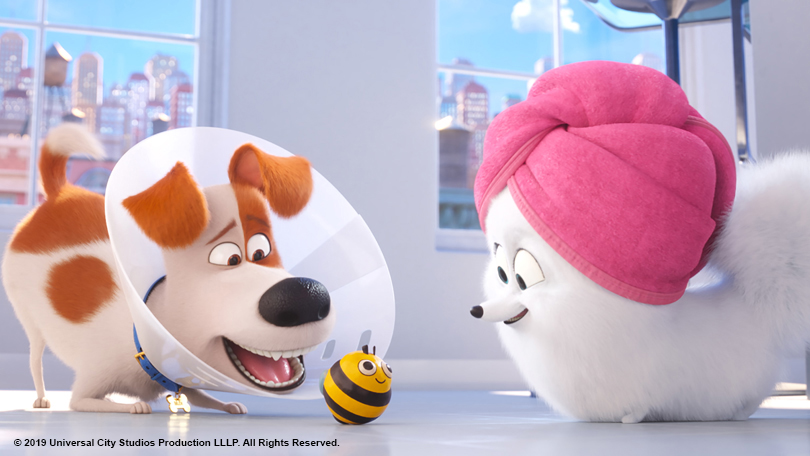 The Secret Life of Pets 2 features the original characters from the first film, plus some newbies.

3 reasons to watch The Secret Life of Pets 2… 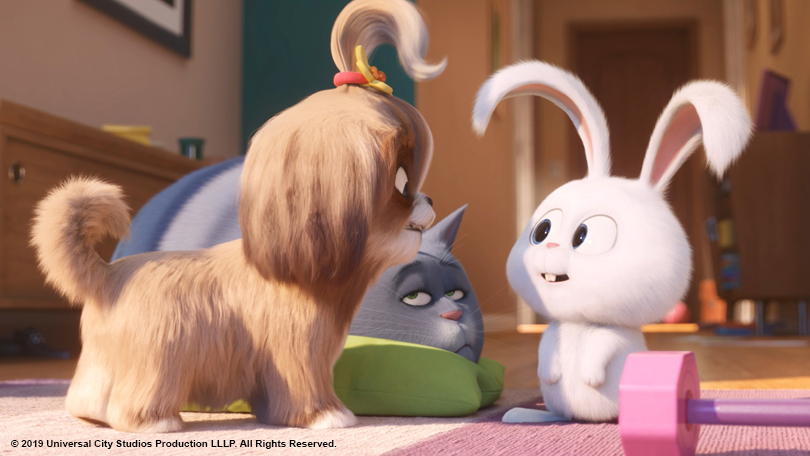 Although the fan favourite characters from the first film are back, it’s the arrival of the new characters - both pet and human! - that bring a fresh, new energy to the film.

He also comes up with some great one-liners to inspire Max, like “the first step of not being afraid is acting like you’re not afraid.” Wise words, Rooster!

The arrival of the new characters also welcomes the arrival of new settings - including a circus and a farm, making the second film feel visually different to the first one.

Where the first film revolved largely around animals, the second film has the exciting addition of babies.

Max was quite the pampered pooch in Pets 1, but when his owner has a new baby, Max begins to see danger everywhere and gpoes out of his way to keep the little one free from harm.

There are some really funny moments in Pets 2 with the new baby character, like when Max tries to stop the little one from running into a flock of pigeons.

The struggles of keeping your baby safe, like Max is trying to do, is actually inspired by one of the film’s writer’s own home truths.

#TheSecretLifeOfPets2 Fun Fact: In this movie, Max's owner has a baby boy! Max has never loved anything more. Also it makes him realize, for the first time, how scary and dangerous the world is. And then he becomes a helicopter parent. Write what you know, people. pic.twitter.com/kkhF2WDuPO

Brian Lynch wrote on Twitter: “One of the storylines in the movie is about Max and Duke's owner having a baby, and Max becoming somewhat of a helicopter parent.

“The minute this perfect little kid comes into his life, he fears for him, and realises how dangerous the world is.

“This is exactly how I felt the moment my kid was born. I didn't want anything to hurt him, but at the same time, you have to let your kid, especially as he gets older, live his life and learn from his mistakes.”

3. It’ll warm your heart while making you laugh

The perfect family film, Pets 2 is both heartwarming and funny, and ideal for a cosy movie night.

The camaraderie between the animals is adorable, but it has plenty of jokes too to keep both adults and kids entertained.

What are you waiting for? Try before you buy and watch the first 10 minutes of Secret Life of Pets 2 now: 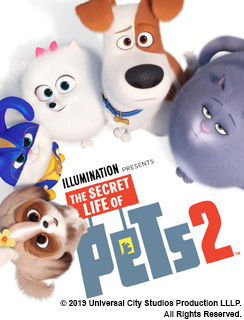 3. Click to buy The Secret Life of Pets 2 and watch on your TV box now

The Secret Life of Pets 2 trivia: Did you know...

1. They might both be new additions to Pets 2, but Tiffany Haddish and Nick Kroll have actually worked together before - on the 2018 sports comedy movie, Uncle Drew.

2. According to the film’s screenwriter Brian Lynch on Twitter, the hamster at the pet therapist who is frustrated that running in his wheel doesn't actually get him anywhere is voiced by Garth Jennings - the director of another Illumination title, Sing.

3. Despite a 40+ year career in Hollywood - this is the first time actor Harrison Ford has lent his voice to an animated film.

4. You might see a white tiger in the film named Hu. The word 'Hu' is in fact Chinese for 'tiger'.

5. Stick around until the end, as the movie has a mid-credits scene. According to ScreenRant.com, Snowball (Kevin Hart), performs a mid-credits rap dressed as a gangster superhero, followed by a soundbite from Rooster (Harrison Ford) at the end of the film saying "OK, movie's over."

What the fans are saying about The Secret Life of Pets 2...

Well #TheSecretLifeOfPets2 is utterly beautiful. Funny and poignant and sad and uplifting. Harrison Ford is wonderful and the entire cast are brilliant. Yes, I’m aware I’m an adult but whatever the fuck, I loved it. @pattonoswalt What a beloved Max you made.
💖💖💖💖

Finally got out today to see ‘The Secret Life of Pets 2’ very cute and funny!! #TheSecretLifeofPets2

#TheSecretLifeOfPets2 was better than the first. Funny with some twists. The first half hour, I was watching it going “what the hell, why are there 3 different stories?” And then when they all came together it made sense and made for a fantastic movie! I give it an A-#filmreview

#TheSecretLifeOfPets2 is really funny. I especially enjoyed the vet waiting room scene and the spot-on depiction of cats who are forced to live together. Also, @TiffanyHaddish really shines.

> The Secret Life of Pets 2 is available to rent from Monday, October 7